Friday September 20, 2019: On Days of our Lives today, Kristen takes an interest in Sarah's pregnancy, Jenn goes out of her way to try to get out of her predicament, and Will overhears Stefan and Vivian's discussion. 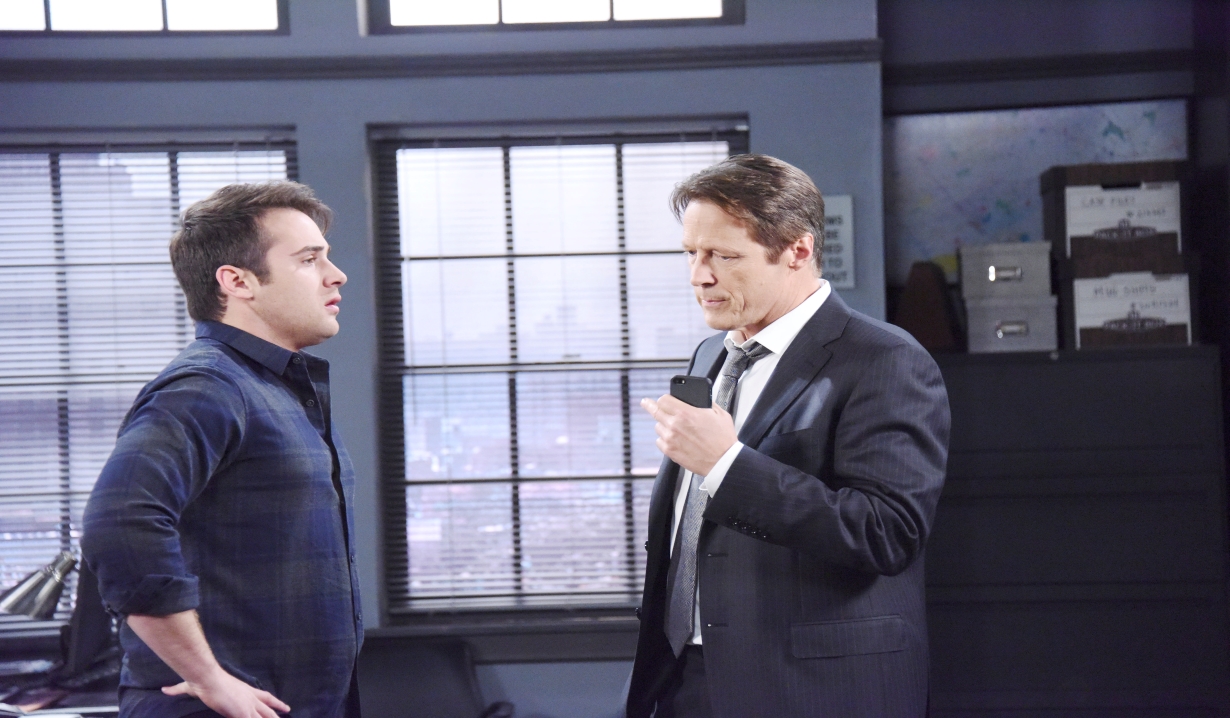 Sarah is in the park making a call to arrange for her abortion.

More: A baby snatched and a kidnapping in primetime soaps 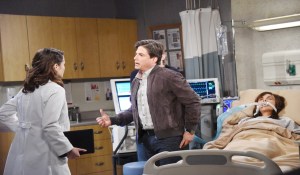 At the Salem hospital, Lucas walks in on Will telling Kate how much he wants her to wake up. Father and son embrace. Lucas tells his mom that he had travel a long way so she better wake up. Sarah wanders in and says that the latest tests for Kate were bad. There was a lot more damage and blood loss than they thought. Once the doctor leaves, Will and Lucas discuss the possibility that Vivian is responsible. Will gets a text from Lani saying that Viv has been questioned and the mansion searched but they came up empty. When Lucas is left alone with his mom, he tearfully shows her old photos and assures her he isn’t with Chloe anymore. He wishes he had been here to protect her. Down the hall, JJ asks Kayla why she thinks Dr. Shah would go after his mom. She thought he was a good guy but has seen a very different side of him. Jack joins them and they inform him about Shah becoming outraged when Kay gave his lab to Rolf. He blamed Jennifer for this. When he protested, Kay fired him and had him thrown out. She assumes he trashed the lab. Later Kay runs into Sarah and asks her about the pregnancy test. Sarah claims she’s not pregnant and that’s for the best. Kayla heads down the hall to see Lucas in Kate’s room. They talk about Julie’s condition. Kayla tries to see if Kate can breathe on her own, but she can’t. She tells Lucas he’ll need to start considering the life support options. 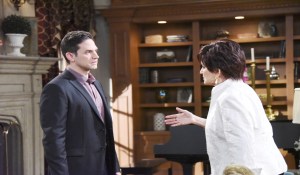 Stefan is with Vivian at Casa DiMera. She pours herself a drink to celebrate him giving her an alibi. Taking some doctor’s scrubs from a secret compartment, he questions her about them. He assumes she was going to use them to slip into Kate’s room and finish her off. Viv says Dr. Death already paid her a visit and tells him about squeezing Kate’s tubes. Her son explains that killing is not the answer. He doesn’t want to make Gabi an accessory to murder. He assures her that he won’t let her rot in jail. Viv isn’t impressed by this. As they bicker about this, Will arrives at the door. 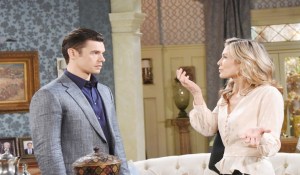 At the Kiriakis mansion, Kristen guesses that Eric is the father of Sarah’s unwanted child. Xander begs her to keep her mouth shut about this. They bicker about love and Xander talks about how wonderful Sarah is. He admits she’s having an abortion. Kristen thinks that’s wonderful. She’s so close to reuniting with Brady and a child brings two people together. If she takes Sarah’s baby, she can pretend it’s hers and use it to get Brady back. Now she just needs to figure out how to do it without her knowing. Maybe she can do the same thing she did with Tait… Xander thinks this is deranged but she thinks it’s better than abortion. Besides, if he wants Sarah, this would be good for him considering what a flip-flopper Eric is. Xander won’t let her do this. Sarah walks in on them.

At the Salem PD, Jack and JJ worry about Jenn. Jack blames himself for this mess. JJ remembers that he can track his mom’s phone. He tries calling but has no luck. 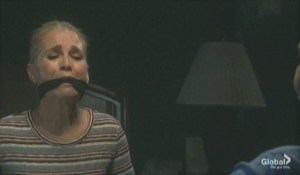 Dr. Shah has Jennifer bound and gagged in a dark motel room. He didn’t want things to go this way, but he’s been humiliated enough. Shah accuses her of using him to get over Eric and then Jack. He can’t believe what a ‘pathetic puppy’ he has been, but now she’s at his mercy. She begs but he says that if he can’t have her, no one will. When she asks for water, he finishes off a bottle and then leaves to refill it. As soon as he steps out, she wriggles loose and sends a text. She gets back into her ropes before Shah returns. He tells her they are in this for the long haul.

JJ and Jack go out to the park. Jack gets a text from Jenn saying where she is. JJ worries that this is a trap but Jack is determined to go.

JJ and Jack barge into the Salem motel and find the ropes on a chair but no Jenn.

Gabi’s torn when someone asks who shot Kate.

Do you remember at this time in September 2016 on Days of our Lives, a pregnant Chloe moved in to the crowded Kiriakis mansion at the request of Deimos who thought he could be the father of her baby, and Sonny learned Clyde tried to kill him. 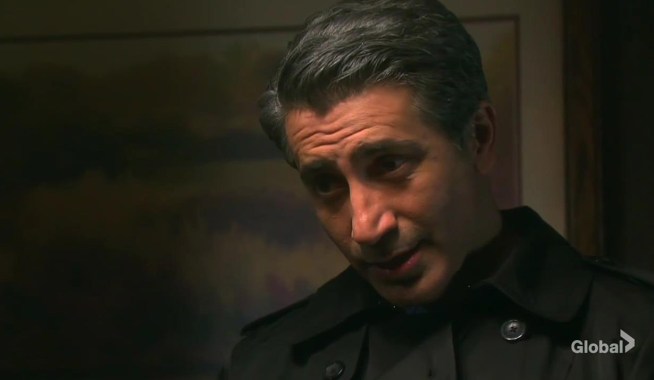 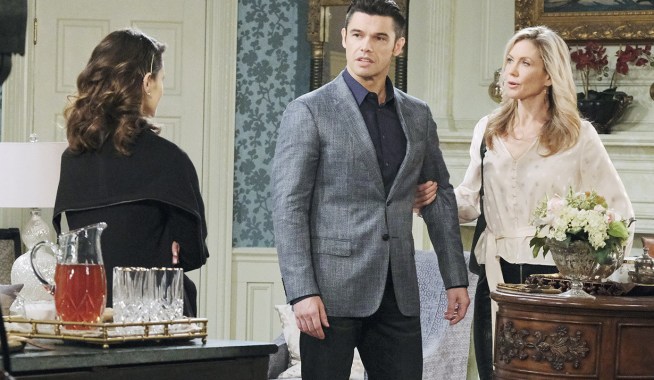