Wednesday September 11, 2019: On Days of our Lives today, Vivian has some advice for Sarah, Eli has more questions for Stefan and Gabi, Nicole is angered to see Kristen, and John tells Kristen off. 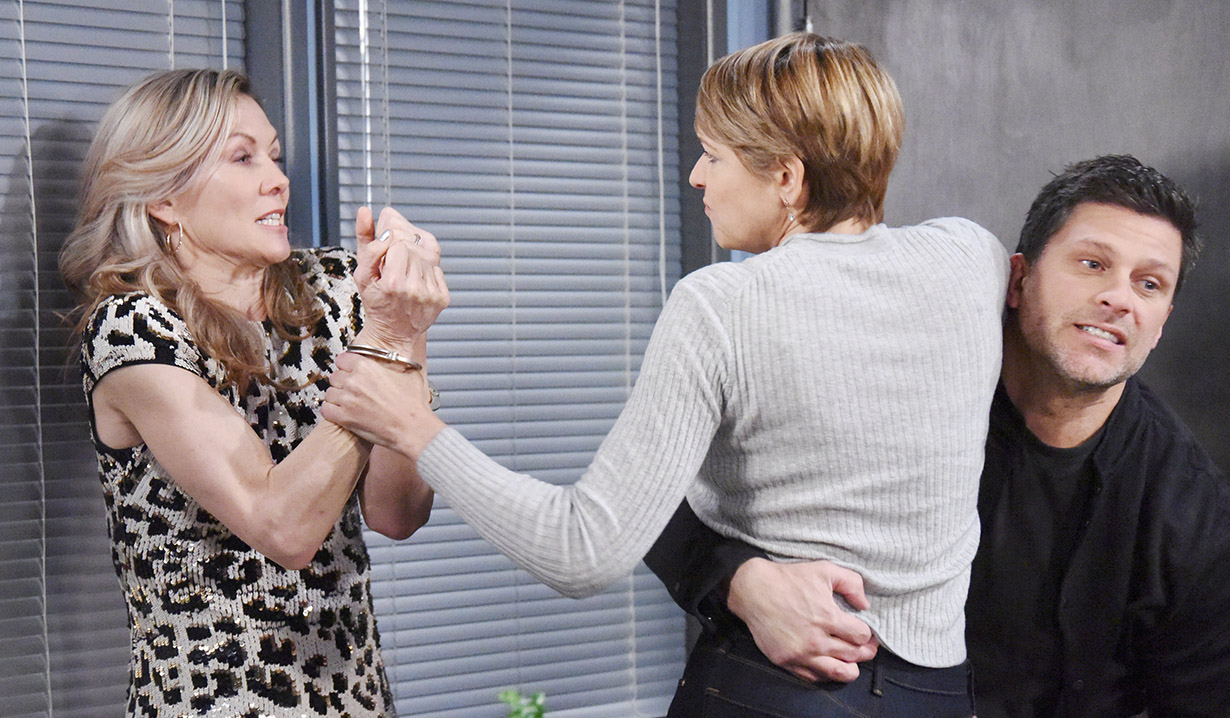 Kristen finds John in the interrogation room at SPD and assumes he’s there to thank her for cooperating. John snorts at that. He’s there to warn her to stay away from his son. Kristen assumes he’s jealous but John assures her Brady wants nothing to do with her. Kristen doubts that.

In the DiMera mansion, Vivian slips out the front door while Eli asks if Stefan knows if his mother shot Kate. Stefan denies it and Gabi tells the commissioner that Vivian’s upstairs. Eli demands to talk to her. Stefan refuses him so Eli asks if Gabi knows anything about the shooting. Gabi lies that she doesn’t and Eli warns that if he doesn’t hear from Vivian, he’ll get a warrant to search the house. He goes and Gabi calls Stefan’s mother a menace.

At the Kiriakis mansion, Sonny and Will are happy to know that Eric found Nicole and Holly but feel bad for Sarah.  In her room, Sarah dreams that Eric’s 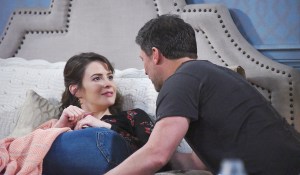 delighted with her pregnancy news. Will and Sonny answer the door to Vivian. They seem mildly shocked she’s alive so she tells them Rolf brought her back to life. She’s making amends with those she has screwed over and apologizes for them for hiring Leo Stark to come after Sonny. They don’t forgive her. She asks where Kate is so she can apologize to her. Sarah runs down and tells the guys that Kate was shot and is in surgery. The guys rush off while Sarah texts Rex to call her immediately. Sarah stops Vivian and confronts her on burying her mother alive. Vivian asks who her mother is and Sarah’s disgusted that she’s buried more than one woman alive and says her mom is Maggie Horton. Vivian changes the topic to her resurrection and as they talk, Sarah learns that Eric and Nicole have returned to Salem with Rolf. Vivian gets Sarah talking and soon she’s revealed her relationship with Eric and their break up because of Nicole’s return. Vivian’s surprised she’s letting him go. She’s just as much of a “namby-pamby goodie two shoes” like her mother. Sarah’s offended so Vivian asks why she’s giving up on Eric. She urges her to “use every weapon in her arsenal” to hang on to him. Sarah considers her words.

Marlena receives Eric, Nicole, and Holly at the townhouse. They embrace, happy to see each other. Nicole takes Holly to the guest room while Marlena admits she’s concerned for Sarah and feels for Eric, knowing how he cared for her. Nicole reappears, ready to give a statement at SPD and they bump into Brady on the way out. He’s shocked to finally see the real Nicole and is happy that they’ve reunited. Brady regrets forcing her to leave Salem and apologizes. Nicole thanks him. In fact, she’s grateful that he pulled Eric out of the burning warehouse. Nicole tears up as she apologizes to Brady for letting Kristen impersonate her. Brady doesn’t blame her. Eric apologizes for accusing Brady of taking advantage of Nicole’s grief. Brady doesn’t blame his brother. He wishes he saw right through Kristen’s scheme. They agree to put it all behind them. Nicole and Eric leave and Marlena returns. Brady says it was a shock to see the real Nicole but thinks his relationship with Eric will be better now. Marlena suggests he still has feelings for Kristen on a subconscious level. Later, John returns to Marlena, ready to update each other on what’s been going on. 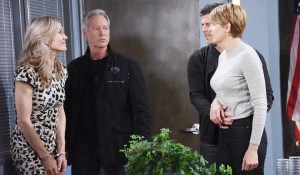 grabs Kristen and shoves her against the wall, calling her an “evil bitch.” She continues to yell at her for impersonating her as Eric pulls her away. Kristen informs Nicole that cooperating with the police has meant she got immunity. Nicole doesn’t think Kristen should be so confident of this considering the mayor had no choice. Nicole plans on telling the world about all the “demented things” Kristen did to her. Kristen calls them a bunch of ingrates. She saved Nicole and Holly’s lives and gets no gratitude. Nicole says, “You deceived Brady in the most twisted way.” Kristen retorts that Nicole went along with it and she doesn’t take the blame for Eric falling in love with another woman. Nicole goes off on her. Eli arrives and takes Eric and Nicole from the room. Later, Nic’s statement’s been taken and Eli goes back to Kristen. She threatens that there’ll be hell to pay if she isn’t released.

At the hospital, Sonny tries to comfort Will who assumes Stefan shot his grandmother. Sonny assumes it was Vivian. Will vows that she won’t get away with it.

Vivian returns home and says she heard Kate’s alive. Stefan’s furious. Gabi gloats that once Kate wakes up, she’ll finger Vivian for the crime. Vivian tells her son she’ll make sure Kate doesn’t get the chance.

In the park, Brady bumps into Kristen.

At home, Eric walks in as Sarah mutters about being pregnant with his kid. 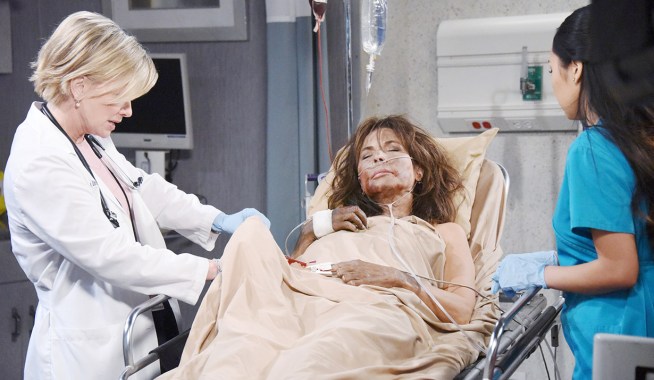 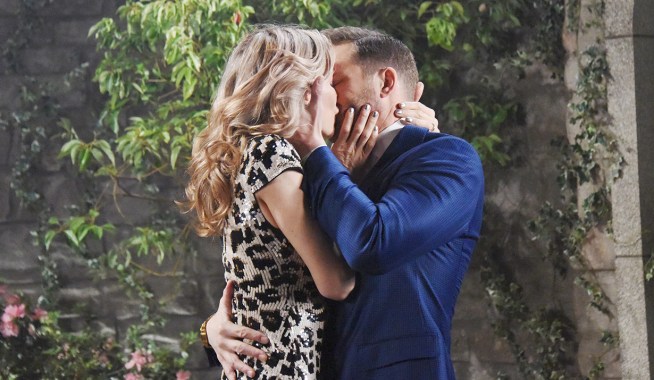