Tuesday September 10, 2019: On Days of our Lives today, Hope has news that breaks Doug's heart, Stefan's not happy when Gabi wants to contact the authorities about his mother, Jack and Jennifer work together, and Kate takes herself to the hospital after surviving her shooting. 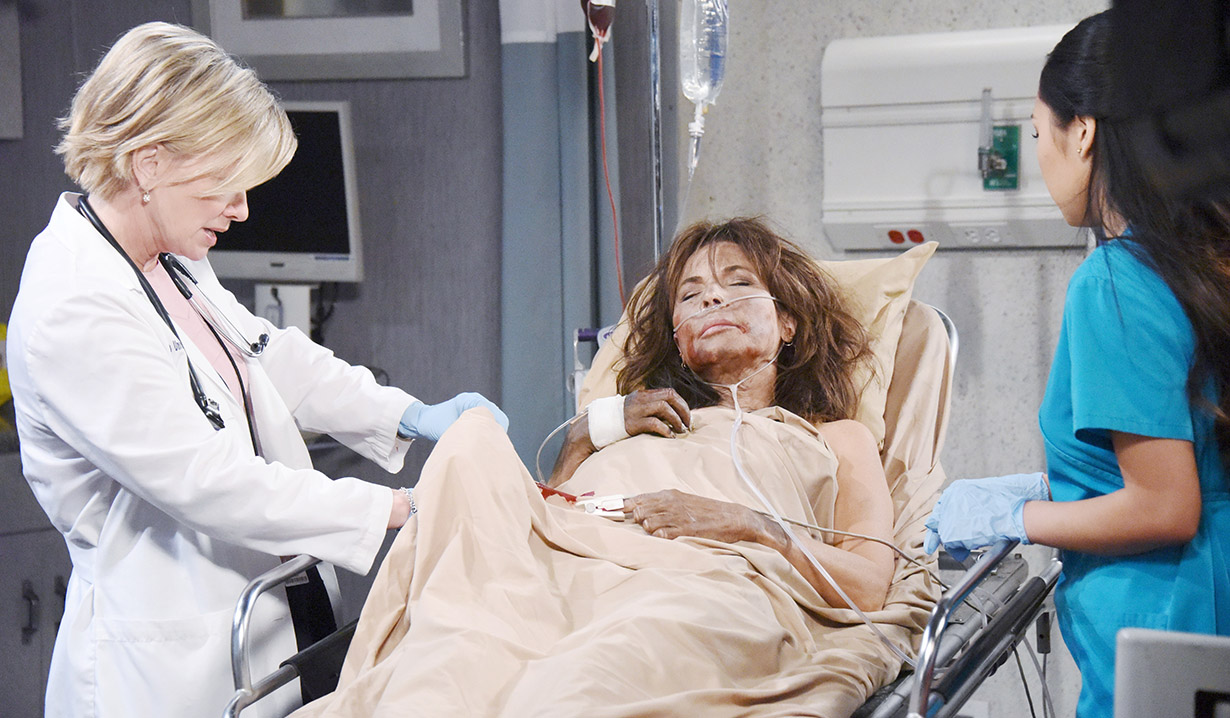 At the hospital, Haley’s hesitant to tell Doug how Julie’s doing which makes him think everyone is keeping something from him. Outside, Eli calls his mother the heart surgeon, hoping she can pull some strings to get Julie a new heart. Hope listens as Eli learns that somebody has to offer Julie the heart. Hope cries in Eli’s arms wondering how to tell her father. 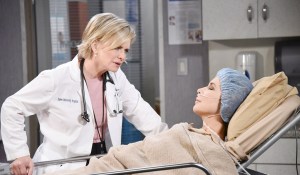 They wander off and Jennifer and Kayla appear. Jenn just heard the news about Julie. She tells Kay about her trip to Chicago hasn’t been the most fortuitous concerning Dr. Rolf. He needs a lab to do his ‘pet projects’, whatever that means. Kayla will get him a lab. Suddenly, Kate wanders in, bloodied and dirty, whispering for help. Kayla rushes to her and gets her into a room and orders nurses to get her an OR room and check her file for her blood type. Meanwhile, Hope and Eli arrive in Julie’s room and Eli goes to take a call while Hope informs her father how sorry she is but Julie needs a new heart and because of her advanced age, isn’t eligible for a transplant. Doug’s mind boggles. He’s heartbroken when he hears there are no more options. Outside, Eli takes the call about a woman wandering about bloodied. He approaches Jenn. They embrace. She’s sorry and then lets him know she has to call Lucas about Kate’s shooting. Eli realizes that’s what the call was about. He wonders who wanted Kate dead. Jenn heard Vivian Alamain is alive and believes Kate’s responsible for her death. Eli goes and Jenn calls Adrienne to tell her they have a new story for their front page. Hope appears and the cousins hug. Hope looks for Kayla but Jenn fills her in on Kate’s shooting. Back in Julie’s room, Doug flashes back to the love he and Julie have shared over the years. Julie wakes up and asks when she can go home. In another room, Kayla notes that the bullet went straight through Kate and that her blood pressure is 80/50 and dropping. Kate wakes up and falls unconscious again. Haley says her blood pressure dropped to 60/40. She’s in vfib so Kayla jolts her with 200 joules with the defibrillator and increases the joules a few times and finally gets a sinus rhythm.

At the pub, Dr. Rolf happily enjoys a meal “without that chattering magpie known as Vivian Alamain,” while JJ pressures him to help his father regain his memory. Rolf goes to the restroom while JJ snipes that they’re being played. Jack urges his son to be patient. JJ admits he’s nervous and doesn’t trust Rolf. Neither does Jack. Rolf returns and JJ apologizes for disrespecting him. He credits Rolf with saving Jack’s life but states that he’s not the same man. He wants his father to regain his memory. Rolf would have to recreate the serum without his diary. It’ll be dangerous for his father. He asks for breathing room. The men agree to do this Rolf’s way.

At home, Gabi rants to Stefan that if Julie dies, the whole town will call 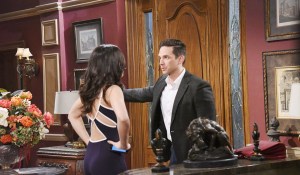 her a murderer. Stefan fills her in on Vivian’s admission that she murdered Kate. Gabi’s mouth drops open and she clutches her head in disbelief. She wants to call the cops but Stefan begs her to cover for his mother. When Gabi balks at the idea, he says what they share is the most incredible thing he’s had in his life but he needs her on board. He thinks she’d cover for her family. Gabi understands family loyalty. They embrace and then start bickering about his “blind loyalty to the most wicked person in Salem.” Eli interrupts to tell them Kate DiMera was shot. 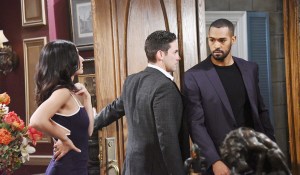 They don’t react at first but learn she’s alive and in the hospital, which does shock them. Eli asks if Stefan shot her. Stefan denies that so Eli asks if his mom did.

Back at the hospital, Dr. Rolf arrives and greets Hope, bowing to her. In Kate’s room, she’s prepped for surgery and Kayla promises that whoever did this will answer for it. She leaves the room and Kate whispers, “Vivian.” 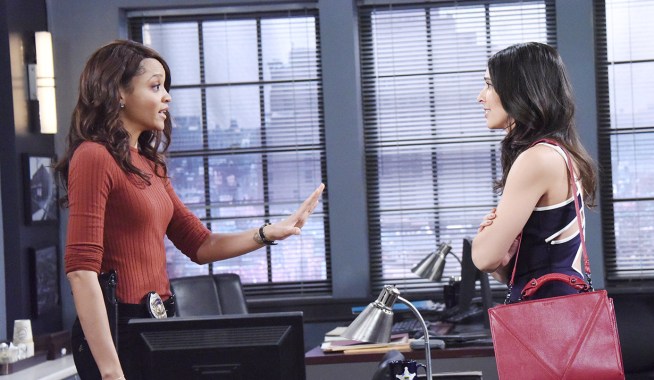 Gabi Threatens Lani to Stop Spreading Lies About Her or Else 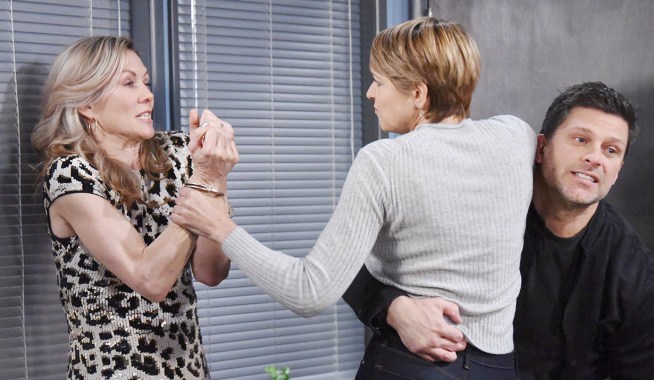