Thursday September 5, 2019: On Days of our Lives today, Eric finds Nicole, Stefan and Vivian reunite, and Xander suggests Sarah's pregnant when she throws up. 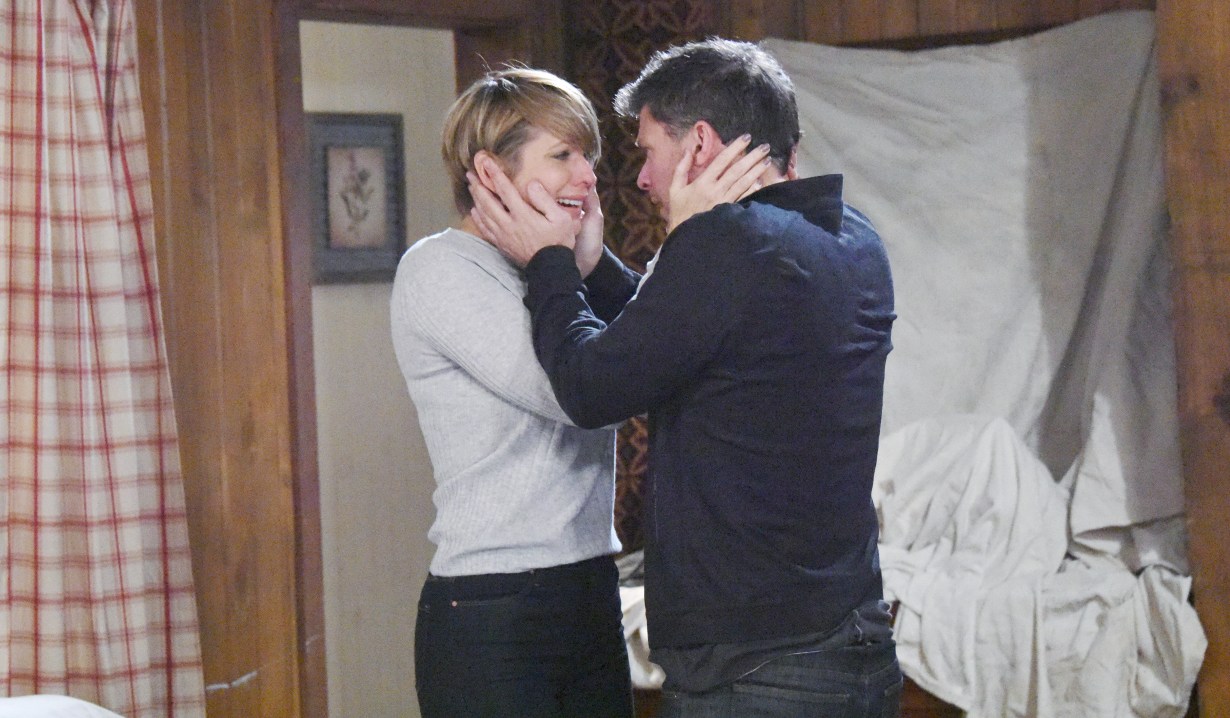 At the Kiriakis mansion, Brady’s surprised to learn Kate left Titan for DiMera. Victor says she made a play for Brady’s job and he wouldn’t give it to her, which is why he needs to know that Brady’s relationship with “the Nicole/Kristen hybrid” is over. Brady sighs. Victor doesn’t get how he didn’t know which woman was which in bed. Brady says Kristen’s good. Vic bitches about how everyone in this family falls for trash and he had high hopes for Ciara who is in love with Clyde Weston’s serial killer son. “It’s going to end, right here and right now,” he grumps.

At the DiMera mansion, Kate asks where Stefan is this morning. Gabi lies that he’s getting a massage. Kate thinks it’s time Gabi divorce Stefan so their revenge can be complete but Gabi can’t do it. They’re in love. Kate’s pissed. Gabi calls herself a fool. Kate disagrees since she’s fallen for monsters before. Kate thinks Gabi’s lucky that Vivian is dead and that Stefano has vanished. Kate wants to work with Gabi to keep Stefan under control, knowing he won’t take to her since she killed his mother. Gabi quietly mutters that Kate is in for a surprise.

Ben lets Stefan into some hotel room and Vivian runs to her son, hugging him tightly. Stefan can’t believe she’s alive. He’s so happy. “I’ve changed. You’ve changed too,” she comments. Ben leaves and Vivian asks why he sent a serial killer to find her. Stefan thinks the important thing is that she’s home. She wants to go back to the mansion but Stefan tells her Kate’s 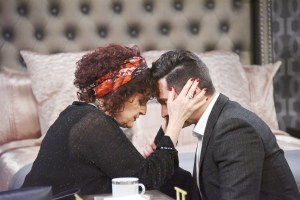 there and is the new CEO of DiMera. Vivian gasps. She tries to call Shin but Stefan won’t let her. He reveals that Gabi is her chief ally as well as his wife. Vivian’s mouth drops open and she dramatically sits and huffs. Stefan makes her tea and she ignores it for alcohol. She expresses disappointment. Stefan reminds her she was with Ivan when they first met and she told him love was everything. Vivian still misses Ivan. She’ll help him take his birthright back from Kate who she assumes is working with Gabi. Stefan negates that but promises they’ll still get their revenge against Kate. Vivian worries Kate knows she’s alive. Stefan assures his mom she doesn’t know and returns her gun, “Belinda,” so Vivian feels less vulnerable.

In Chicago, Eric calls Sarah with an update about Nicole. He plans on faking a call to someone to find out more information. Sarah worries. They talk about Julie’s state. Sarah hopes Nicole’s okay. They disconnect and Eric texts Robert the goon and offers to bring “kid’s stuff” to him. Robert texts back and Eric grabs a gun, happy. “I know where she is.”

Back at the Kiriakis mansion, Xander who has been eavesdropping wanders into the open door of Sarah’s room. Sarah orders him out. He apologizes. He was worried since she usually doesn’t sleep this late. Xander wants to love and care for her the way she deserves. He’d never try to break her spirit and says she won’t be second best for him. Sarah tears up and asks what’s happening. As he moves to kiss her, she barfs in the bin. She assumes it’s nerves and Xander jokes, “Maybe you’re preggers.” Sarah looks rocked but Xander’s just joking. He goes. Downstairs, Victor talks about how smart and tough Ciara used to be before Ben came along. He must be eliminated from his granddaughter’s life and Brady has to help. Brady goes off to do something for Vic and Xander appears. Vic needs his help too. Xander’s in. Later, alone, Vic promises Bo he’ll protect his little girl. 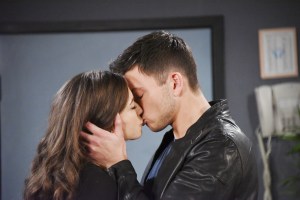 At the hospital, Ciara tells Ben all about Julie’s heart issues and how bad it is. Ben holds her and comforts her. Ciara reiterates that Ben’s a hero. He scoffs at that.

More: Chabby in Paris felt pointless until the big reveal

Eric winds up in some cottage and a goon, (played by Derek Russo) appears behind him with a gun. He blames Eric for what happened to his partner and there’s a struggle with the gun. Eric beats the man up and calls to Nicole who appears in the door. Eric goes to her and they kiss happily. Brady finds Ciara at the hospital and offers her a job.

Outside Brady’s pub, Xander finds Ben and chokes him out.

Stefan arrives home. Gabs says Kate’s at the office and Stefan shares how his mom is her old self. “Yipee,” Gabi says dryly.

In the park, Kate is shocked beyond her imagination when she runs into Vivian. “A cat has nine lives. Unfortunately for you, a bitch only has one,” she says, taking out a gun.

Do you remember on September 5, 2014 on Days of our Lives when Eric negotiated with Kristen for John’s life, while Abby and Ben were furious with Will over his article. 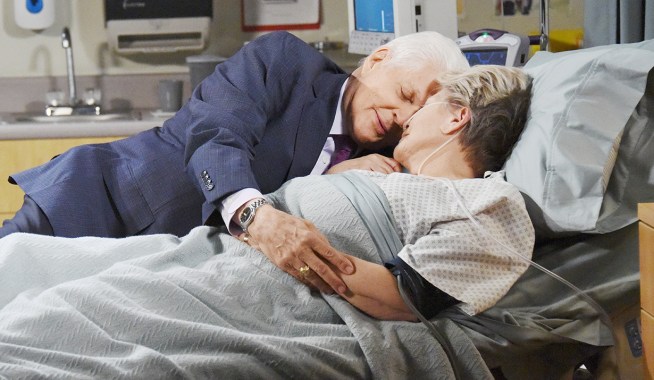 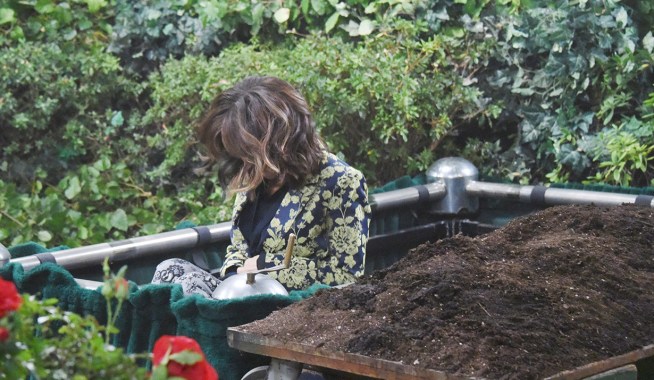