Wednesday September 4, 2019: On Days of our Lives today, the goon is ready to kill Eric, Gabi can't believe what she has done, and Lani worries that Kristen will go after loved ones at their engagement party. 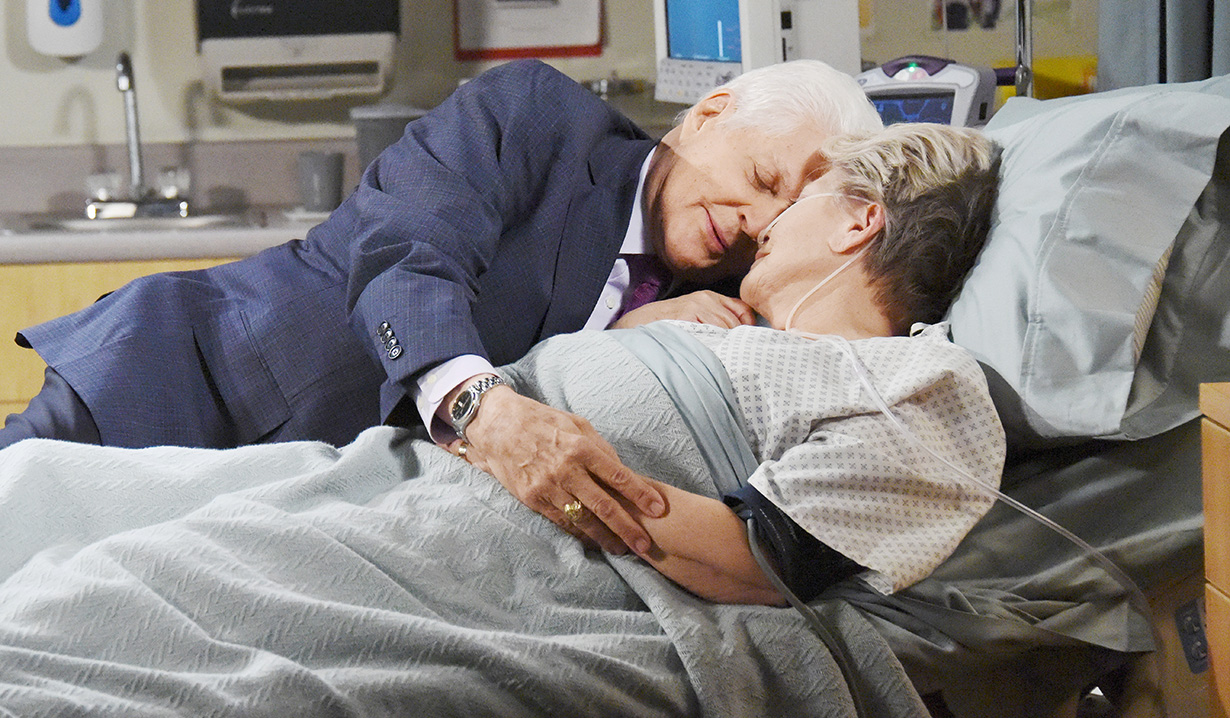 At the police station, Eli and Lani discuss the consequences of Kristen’s immunity. Lani worries Kristen will turn up at their engagement party since everyone she hates will be there. They kiss and plan a romantic evening until Lani checks her phone and sees a text from Ciara that Julie’s in the hospital. They rush out.

At the hospital, Kayla tells Doug, Hope, and Ciara that Julie’s condition is serious. 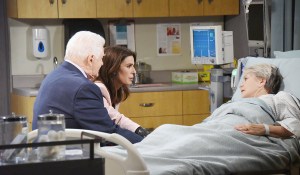 There’s been significant damage that she’s unsure can be repaired. The family looks gut-punched. Ciara hears from Ben and shares the crisis. He’s sorry. She urges him to work and they’ll connect later. They say I love yous and disconnect. Eli and Lani arrive and learn Julie needs a new heart but that they can’t put her on the transplant list. Doug, Ciara, and Hope visit Julie in her room as she opens her eyes. Julie’s frightened. Doug kisses her and hops into her bed to comfort her and then leaves to cry alone while Lani visits. Julie tells Lani that Gabi was there and “left me to die.” Lani says she’s safe now. Doug returns and Lani leaves the room.

At the DiMera mansion, Gabi and Stefan are shocked to hear Julie had a massive heart attack. Gabi struggles and says Julie’s done this before. She just wants attention. Ben corrects her that she is really in trouble. Ben takes off to Chicago with the promise that he won’t share the news that Vivian’s alive with anyone. Gabi is struck and cries, “She wasn’t faking it. What have I done?” She paces and worries and texts the hospital but they tell her nothing. Gabi will blame herself if Julie dies. They take off for the hospital.

In Chicago, the goon cocks his gun at Eric, ready to kill 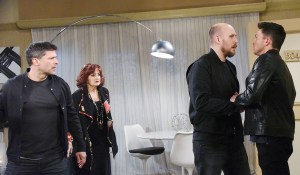 him. Vivian steps in between them to stop the goon but he’s undaunted. He’ll finish them both off fast. Suddenly, Ben rushes into the room and struggles with the goon. The gun goes off and the goon dies. Everyone looks shocked but Eric laments that he’s the only one who knows where Nicole and Holly are. Ben’s sorry. Vivian says not to be. “You finally killed someone who deserved it. You are that serial killer, aren’t you?” Ben introduces himself. Vivian smirks. She gets it. “In Salem you need to make your own fun.” Eric asks her to stop it. She calls him petulant. Eric finds the guy’s phone.

Gabi and Stefan arrive at the hospital. Nearby, Kayla clarifies that Julie’s over 70 so can’t get a transplant. Hope sobs. Kay says that she may have weeks. Kayla’s sorry. Eli tears up. Kayla agrees not to tell Doug yet, concerned he’ll give up hope. Lani finds Gabi and confronts her about leaving Julie to die. Gabi tries to explain that she thought Julie was faking but Lani doesn’t believe that. She calls Gabs a liar and schemer and assumes she wanted Julie dead all along. Stefan defends Gabi and threatens a lawsuit so Lani angrily backs off. Back in Julie’s room, Doug tells Ciara a story about his past with Julie and they chuckle.

At home, Gabi rants about Lani and says she never meant to hurt Julie. Gabi whines about Lani telling everyone what happened. “Everyone’s going to think I’m a horrible person.” Stefan grins and says, “Honey, they already do.” He asks her to calm down and calls Ben who tells him things were dicey when he arrived but it’s fine now. He’ll update him soon. Meanwhile, in Chicago, Vivian uses the goon’s thumbprint to open his cell. 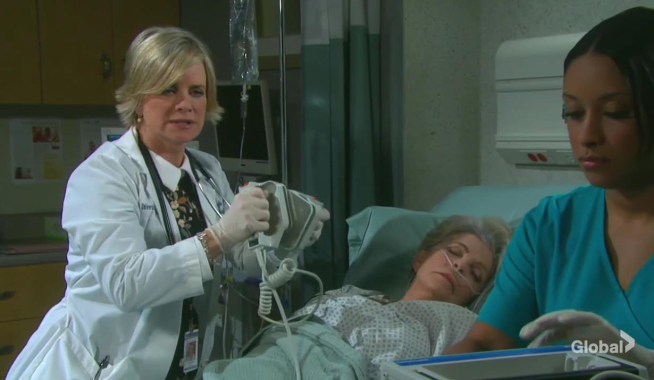 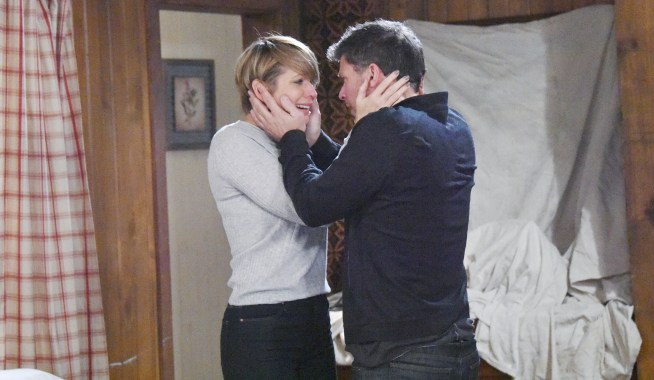