Tuesday September 3, 2019: On Days of our Lives today, Kayla struggles to save Julie, Hope tells her dad about Ted's letter, and Stefan learns his mother is alive. 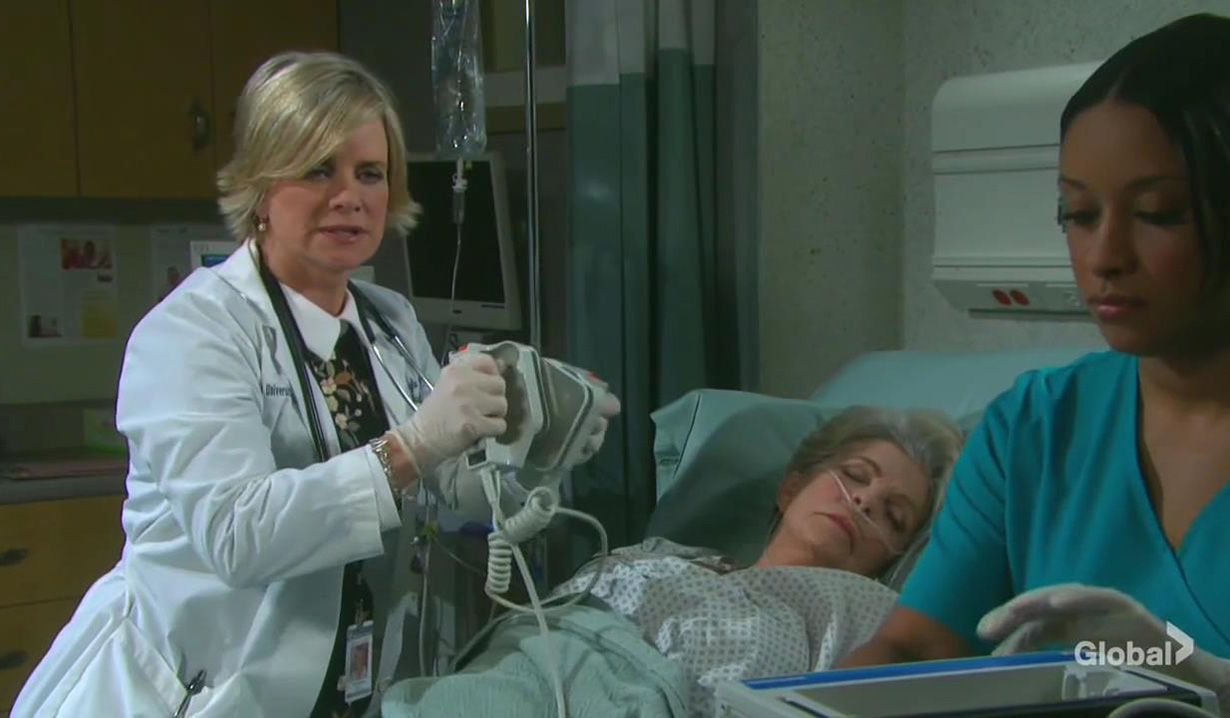 From home, Stefan is stunned to take a call from Vivian who tells her 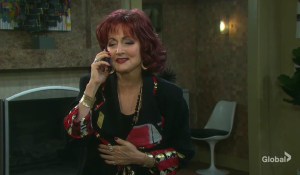 son she’s alive. Stefan’s skeptical but Vivian says Dr. Rolf injected her “with his magical serum.” Elsewhere, Gabi drinks and flashes to Julie’s heart attack and assumes she was faking again since Julie hates her so much. “She completely overplayed it.” Stefan updates his wife who isn’t happy about it. He asks her to be happy for him but that’s not going to happen. Stefan thinks Vivian regrets hurting Gabi but Gabi doubts she’s “a new version of her nasty witch self.” He convinces Gabi to be open to Vivian then asks her not to tell Kate Vivian’s alive. Gabi asks him to send Ben to pick Vivian up and brings up Julie faking a heart attack. Stefan texts Ben.

From the hospital, Sarah takes a call from Eric and learns that he found Holly’s blanket in Chicago, along with Dr. Rolf, Vivian but that Nicole and Holly escaped. He disconnects when he realizes someone’s behind him. Nearby, Ciara cries on Ben’s shoulder, worried about her grandmother. Ciara calls her mother and then her grandfather and neither answer.

Hope visits her dad at Doug’s Place. He says, “My Princess is here,” and 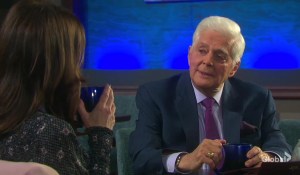 then asks if she’s seen Julie. Hope hasn’t seen her and Doug’s starting to get concerned. Hope assumes Julie can’t resist the Labor Day sales. They share a laugh and Hope’s mind drifts. She finally opens up to reveal Ted’s letter to Doug which she still hasn’t read because he lied to her so often. Doug offers to read it. He reads that Ted admitted that he used lies to get close to her and now that she’s left him he has nothing to lose by being honest. Doug stops reading, worried about Hope’s feelings. Hope reads on and learns Ted lied about having a child that died. She cries. When Kate told him she lost her husband, he lied that he lost his wife too but he didn’t. Diana Colville saw her in the south of France. He pretended to be surprised but knows he’s dead to the woman he married which is what he deserved. He wasn’t lying about loving Hope though. Hope thinks about the love she shared with Bo and wonders if she’ll ever love again or be loved. Doug knows love isn’t always forever. He calls her a romantic – like him. They embrace. Hope calls him and Julie lucky. Hope turns on her phone and says something is wrong with Julie.

Back at the hospital, Kayla listens to Julie’s heart and doesn’t like what she’s hearing. Her pulse is weak and thready so Kayla tells Julie to fight. Julie flashes to Gabi accusing her of faking the heart attack and she flatlines. Kayla applies paddles to get her heart started and Julie flashes back some more. Kayla establishes a sinus rhythm and tells Julie to hang in there. Sarah appears as Julie opens her eyes and says, “She left me to die.” She passes out. Sarah goes to Ben and Ciara with news that Julie’s stable and being sent for tests. Ben receives a text from Stefan and Ciara urges him to go. In another room, Kayla asks how Sarah’s doing. She repeats what Eric told her on the call about Nicole escaping with Holly. For now, Sarah wants to focus on giving Julie the best care. Sarah calls Eric again and leaves a message to tell him she’s thinking about him. Later, Doug and Hope arrive and Kayla’s about to give them bad news.

Back in Chicago, Eric turns around to find a goon, (played by Josh Wingate) 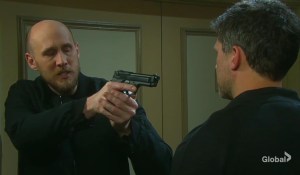 pointing a gun at his head. Eric impersonates a cop but the goon wants proof so Eric admits he’s not a cop but he’s looking for Nicole Walker. The guy lowers his gun and hauls Eric inside. Vivian flirts. Eric tells the goon that Kristen gave him the address there and wants him to find Nicole. The goon has trouble believing it so Eric tells him she got a deal from the cops – this address for her freedom. The goon says he may not be the only person that he answers to. Eric asks if he answers to Rolf but he doesn’t. “My boss is none of your concern,” he says. The guy tells Eric his search stops here and again, holds the gun to his head.

Ben arrives at the DiMera mansion and tells Stefan and Gabi about Julie’s massive heart attack.

Eric and Vivian are in danger.