Friday August 30, 2019: On Days of our Lives today, several Salemites go to Chicago in search of Nicole, Kate moves into the DiMera mansion, causing anger between Stefan and Gabi, and Julie has a health crisis. 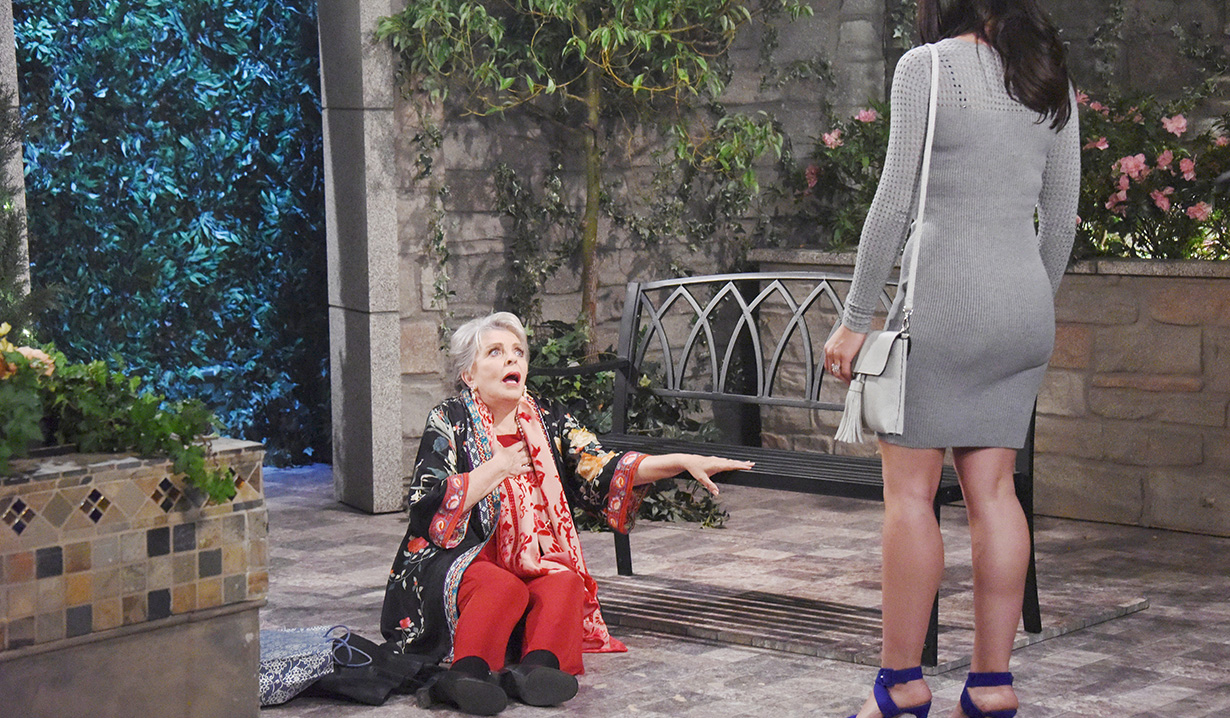 Eli and Lani walk into Doug’s Place to Julie dancing up a storm. She tells them she’s free at last since Chloe has left Salem for a job in New York. Eli and Lani didn’t know Chloe was that much of a problem. She says, “I’m free at last, thank God almighty I’m free at last,” and Eli and Lani frown. They beat around the bush but say she uses racist wording such as calling Gabi 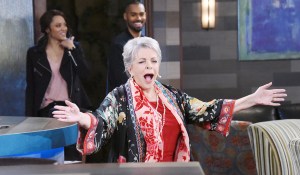 Chiquita and Chili Pepper, Eli asks her to choose her words more carefully. Julie’s hurt and tells them she loves them. They love her too and that’s why they’re bringing this up. Julie will try to be better. She brings up the engagement party and Eli says they don’t want their party there. Julie worries it’s because they think she’s racist. That’s not why. Lani’s superstitious. Celebrations have a way of going bad especially there. Julie understands. She suggests “smudging” the place, explaining that burning white sage will clear negative energy. Julie decides to buy them to clean the negative energy from “that old black magic” and then cringes and worries that was inappropriate. They assure her it isn’t. Julie’s so sorry she hurt them. They tell her she hasn’t. They say their I love yous and after Julie goes, they hope they haven’t hurt her.

More: Gallery of Days stars at a gala for Emmy Award season

At the DiMera mansion, Stefan lets Gabi know that Shin hasn’t changed his mind about making Kate CEO of DiMera Enterprises. Gabi crosses her arms, not happy with the news or what their roles are. She gets feisty and it turns Stefan on. They kiss and she can’t believe she’s falling in love with him. They’re excited to take Kate down.

Kate visits Kristen at SPD to tell her she just made a statement about all of Kristen’s threats and then enjoys telling her that she’s the CEO of DiMera Enterprises. Kristen s 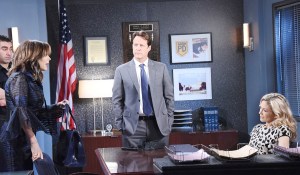 ays this is personal now and that makes her an enemy. Jack walks in and Kate leaves. Jack says she’s got a deal as long as she tells him when she last saw Rolf. Kristen says it was at the warehouse before it blew and then realizes he hopes Rolf’s alive because he has a personal stake in that. Kristen says Rolf’s babysitting Nicole and Holly. Jack hands Kristen the deal to sign and she refuses because she wants DiMera Enterprises. Jack asks if she wants to be free or not…Later, Eli and Lani arrive and Eli’s still worried about his grandma. Lani calls her tough. She’ll be fine.

Jenn visits JJ at the loft. She tells her son that Dr. Rolf is alive and she’s hoping Kristen will lead her to him so they can get the serum from him in order to give to Jack to get his memory back. JJ tells her that Tripp left town for medical school. Jenn had no idea. Talk turns back to Jack and mother and son argue over whether or not Jack has integrity. Jenn admits Jack has always been a bit of a jerk so she’s not expecting a miracle. Jack turns up. He tells them about Kristen making a deal. She gave them an address for Nicole and Rolf in Chicago and Jack’s off to check into it. Jenn’s coming.

At the Kiriakis mansion, Sarah knows if Eric finds Nicole that they’re through so they should end things now. 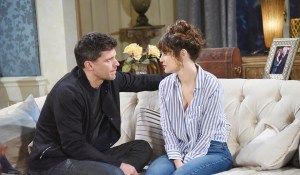 Eric thinks she’s getting ahead of herself but she’s being realistic. Jenn calls and asks if Eric wants to come along with her and Jack. He’s in. They disconnect and Eric relays the message. Sarah’s teary but happy for him. They embrace.

Kate arrives at the DiMera mansion and immediately, Gabi and Kate start quibbling. Stefan tries to kick her out but Kate’s moving in. She wants to apologize to Stefan and Gabi for all that has happened. She wouldn’t have thrown him under the bus if Kristen hadn’t forced her hand. She says it’s between her and Kristen, a psycho to run the show. Later, Kate tells Stefano’s portrait she’ll put the house of DiMera in order. Stefan appears. He put her things away. He pulls a gun. He hasn’t forgotten that she killed his mother in cold blood. He found it in Kate’s things. He cocks the gun and points it at her.

Julie bumps right into Gabi at Horton square and lashes out before she takes a step back and apologizes for not watching. She asks for a word and Gabi denies her and walks away. Julie races her to the park and apologizes if she’s said anything racially insensitive to her but she still thinks she’s a terrible person because she married the man who raped Abigail. She clutches at her arm and has trouble getting her breath under control. Gabi scoffs that she doesn’t want to hear from her old racist ass as Julie starts gasping for breath. Gabi says to drop 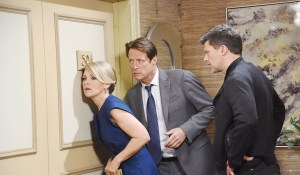 In Chicago, Jenn, Jack and Eric eavesdrop on a door to some condo and Jenn barges right in and says, “Oh my God.”

A secret is uncovered.

Do you remember on August 30, 2013 on Days of our Lives, Brady proposed to Kristen, while Eric was haunted by dreams of her. 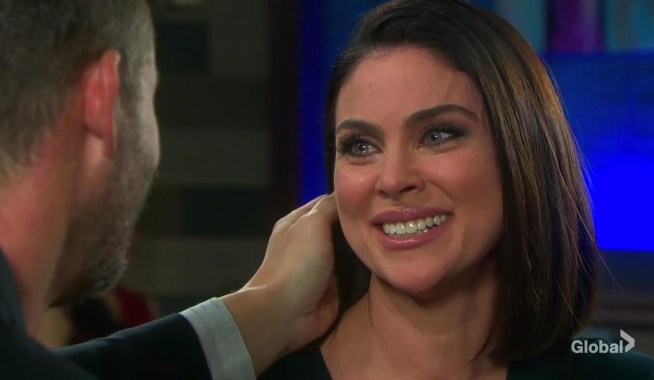 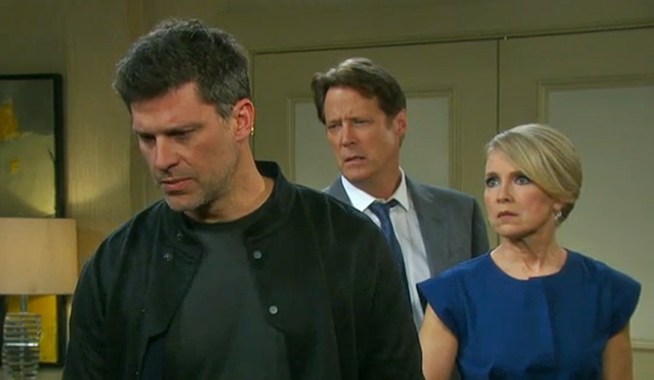