Monday August 26, 2019: On Days of our Lives today, Susan gets drunk, Brady works to get the truth from Kristen, and Sarah reassures Eric he's entitled to his feelings. 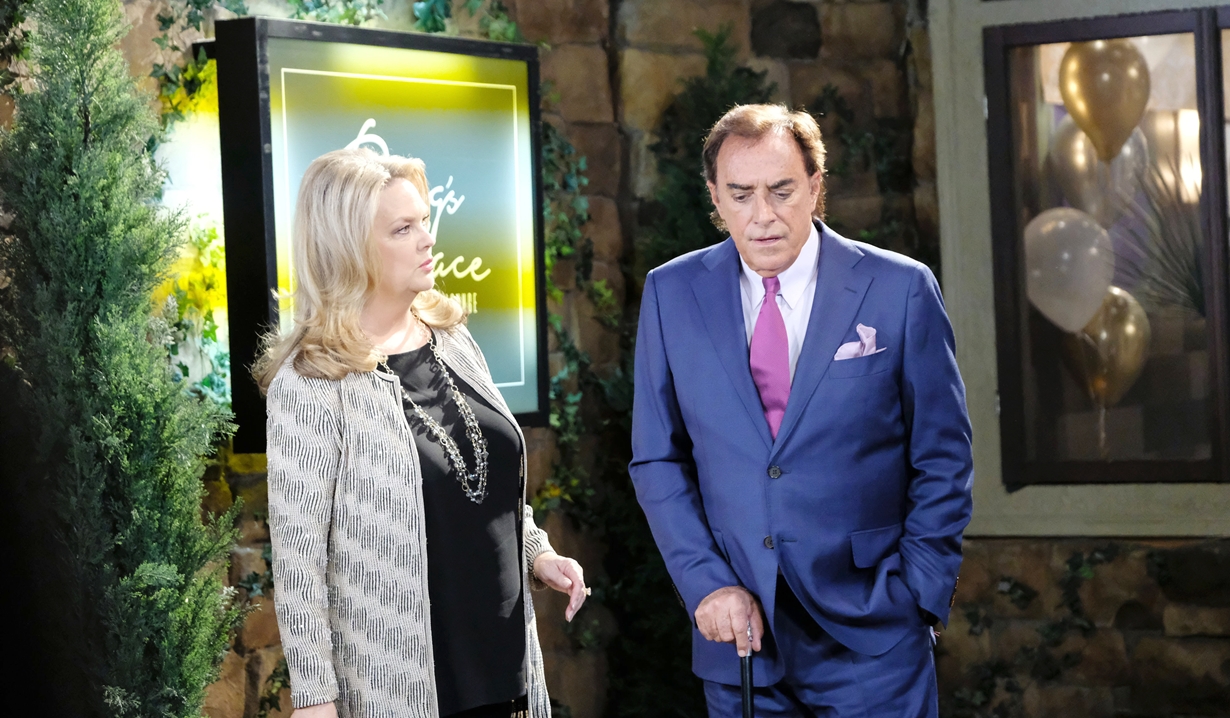 At Doug’s Place, Susan rants to Sonny and Will about that mean, mean, mean Kristen ruining Marlena and John’s celebration, then starts drinking shots as Will asks if her teeth hurt from chewing through the ropes. Sonny and Will put things together about Kristen masquerading as Susan. Susan curses Kristen for hitting on Brady while posing as her and making them look like floozies. 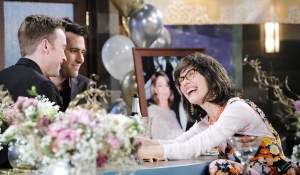 Still drinking, Susan recalls Kristen pretending to be Sister Mary Moira and calls her a sick puppy as talk turns to her marrying Tony. Will credits Susan for saving Marlena tonight. Drunk Susan is chuffed to be called ‘a bona fide hero’ and giggles before saying she’s pooped out. They walk her out to a cab. Outside, Anna worries that Kristen made Tony kill someone and Tony admits, “I took a man’s life.” He explains he was protecting Anna’s life and Anna is overcome thinking of his sacrifice – he’s the only one she wants to be with, ever. Tony warns he’ll be arrested. Anna feels he was a victim and wants to go explain to the police. Tony worries they won’t believe him, but Anna reiterates it was blackmail. Tony agrees; he must convince the police he’s nothing like his sister.

In the park, Eric apologizes to Sarah for being emotional about Nicole. It just hit him really hard. Sarah assures him he has every right to grieve Nicole. She cannot believe the things Kristen did…and with Xander’s help.

In the Salem police department, Xander thinks Eli and Lani should be thanking him for exposing Kristen DiMera, and suggests they go arrest her. Lani informs him she’s in custody right behind the door. Xander learns she wasn’t happy he ratted her out and feels she should be in a cell. Lani and Eli warn him to come clean if he knows anything else. Xander leaves. Lani hugs Eli and calls Kristen a monster. In the interrogation room, Brady hollers at Kristen, who swears she didn’t kill anybody. She loves him and promises to tell him the truth. He snaps that she killed Holly and shot Ted Laurent. Kristen says Tony shot Ted. Brady learns she took Ted to his apartment after the fact and Stefan showing up was just dumb luck. Kristen agrees to tell the police when he asks her to. After Kristen gives her statement to Eli and Lani, they warn they’re also investigating the death of Holly Walker. Brady talks to Kristen alone and needs her to admit she killed Holly. Outside the door, Eli tells Lani that Kristen loves Brady so much she might even tell the truth. They’re about to go looking for Tony when he and Anna appear. Tony admits he shot Ted, but it was an accident. Anna interjects he’s Kristen’s victim – she threatened to kill her. Tony gives his statement. Eli will talk to Trask about an immunity deal. Anna and Tony are hopeful about the future and kiss. They start planning a beautiful wedding and long honeymoon, but Eli and Lani return and report Trask fears looking soft on crime and won’t cut Tony a deal. Eli arrests him. Meanwhile, Brady clarifies to Kristen what they had was great sex, not love. Kristen thinks he knew deep down it was her, not Nicole – he still has feelings for her. Brady denies it, but Kristen still thinks he wants her now. Brady snarls she hurt a child; how could he have feelings for her. Kristen says she didn’t. Brady learns Holly’s alive and worries it’s a ploy, but Kristen insists it’s the truth. Brady demands to know where she is. Kristen replies, “Where every child should be; with her mother.” 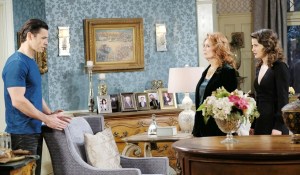 It explains why ‘Nicole’ pushed Eric away and blamed him for Holly’s death. They warn Kristen had an accomplice as Xander enters. Sarah says, “There he is now.” Maggie confronts him as Xander protests that Kristen had her hooks into him and he’s trying to make it right. Eric jumps in to say what he did to Holly was pure evil. Maggie shouts and Xander protests they have it all wrong – he loved Holly. Sarah shouts that he drove her off a cliff as Maggie sobs. Sarah orders Xander out, but he pleads he would never allow anyone to harm Holly. He swears on his mother’s grave he didn’t hurt Maggie’s granddaughter, and adds if he didn’t help Kristen she’d have killed him. Xander declares, “Holly’s not dead.”

Kristen offers information in return for her freedom. 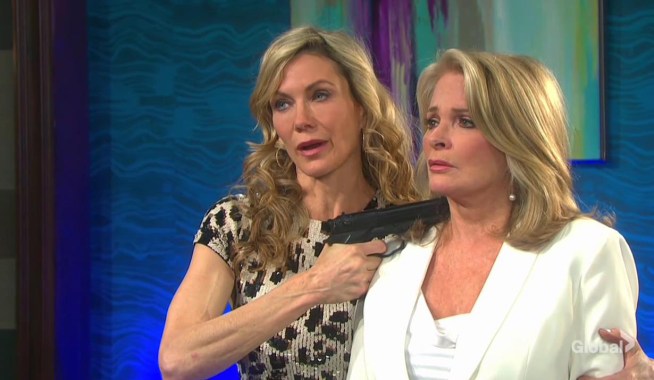 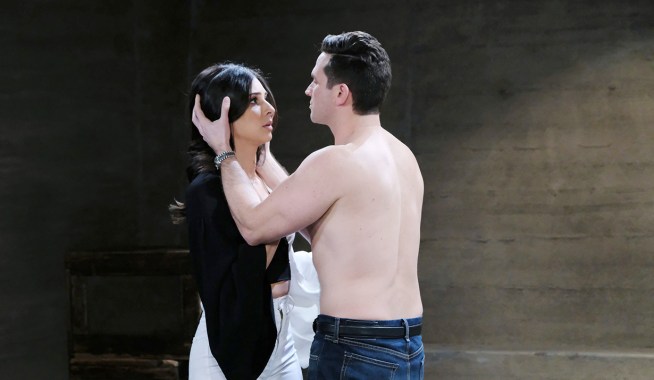