Thursday August 8, 2019: On Days of our Lives today, Rex learns that Sarah and Eric already consummated their relationship, Rafe is stunned when Gabi believes in Stefan's innocence, and Kristen wishes that Brady knew he made love to her, not Nicole. 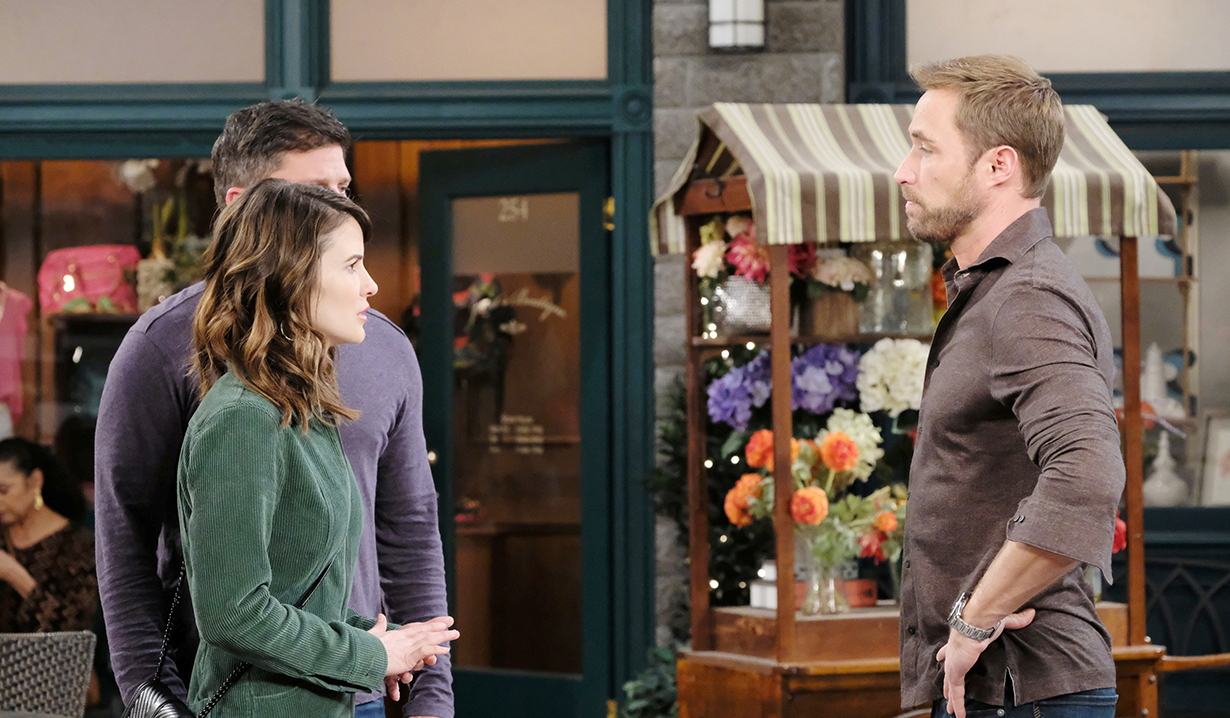 At the DiMera mansion, Gabi places a photo of herself on the desk and dictates a statement to Abe on her voice recorder, announcing her appointment as CEO and her plans. She’s distracted thinking about making out with Stefan and throws the recorder in a fit and almost 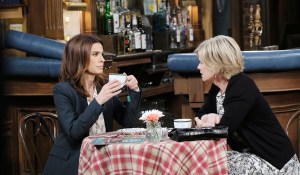 hits Rafe. She greets him and he questions what’s going on so she fills him in on her revenge plan. Rafe tells her Stefan was arrested for murdering Ted Laurent. Gabi had no idea and insists somebody framed him. Rafe’s surprised. “You’re pretty loyal to a guy you just fleeced. How come?” Gabs says he’s too smart. She knows Stefan didn’t kidnap Ted and Kate, either and thinks Nicole had something to do with it. Rafe says her life looks great. Is she having a change of heart? She denies it. Rafe thinks there is a thin line between love and hate. Gabs snaps that she’s not in love with Stefan. “I can’t be.” Rafe knows better and cautions her about Stefan. Gabi knows he’d never hurt her. They discuss Ted’s death and Rafe’s glad the man is out of her life, permanently.

At the pub, Hope visits Kayla who is sorry about Ted’s murder. Hope discovered that he’d been keeping things from her so she ended their relationship. Now Stefan is liking her for murder. Kayla’s mouth drops open. Hope goes to pay for their coffee with a hundred dollar bill and when Kayla questions her, she relays the weird story of it falling out of a woman’s purse. 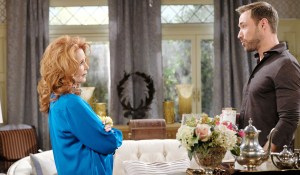 Rex tied one on after learning Sarah’s into Eric. Maggie knew all about it which makes Rex feel the last to have heard. Maggie knows what Sarah did wasn’t fair to him but she knew their relationship would end badly. When Rex learns that Sarah never came home last night he laughs in disbelief that she wasted no time. He takes off and Maggie calls Sarah to warn her.

Eric and Sarah wake up in his bed together. He doesn’t regret this and tells Sarah Nicole isn’t the love of his life anymore. She’s married to Tony DiMera. Sarah finds it all bizarre. Eric’s upset about Rex but they agree this feels right. They kiss and Sarah ignores her phone ringing. After sex, they make coffee. Neither wants to sneak around. Rex lets himself in and catches them kissing. 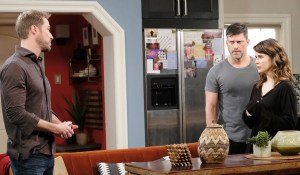 He rants that Eric knew their marriage was dead before it even began when he was marrying them. Sarah asks to be civil but Rex finds that impossible. He goes home to pack.

More: Soap alum rescues a baby from a car

Kristen wakes up in bed with Brady at Salem Inn. Her disguise is gone and when Brady wakes up, she says she worried that when she took off the mask, he’d hate her. Brady wanted to but couldn’t. They kiss and Kristen wakes up – it was a dream. She’s in the Nicole mask. She wishes he knew who she really was. They kiss as she gives herself to him “mind, body, and soul.” After sex, Brady wonders where Tony slept. “Nicole” couldn’t care less. They go at it again and he flashes to sex with Kristen and seeing her phoenix tattoo. He suddenly looks shocked. Meanwhile, In Kate’s room, she wakes up with a start to see Tony. It’s hard for her to get used to seeing her dead husband’s doppelganger. Tony noticed she was tossing and turning all night. She says, of course, Ted’s murdered, and she’s afraid she’s next. She explains the kidnapping but leaves Kristen’s name out of it. Tony thinks she should feel safer since Stefan’s in custody. Kate blurts that he’s not the one she fears most. She refuses to say more but Tony pressures her and she admits Stefan didn’t kidnap her – it was Kristen. Tony acts surprised. Kate asks for his help. She assumes Kristen murdered Ted. Tony lies that he doesn’t know how to get in touch with Kristen. Kate realizes he’s lying.

Hope goes to the park and digs in the garbage. She touches her hair a few times and then finds Ted’s necklace and grabs it. Rafe finds her.

At the hospital, Rex finds Kayla and quits his job.

Tony wants out of his marriage. 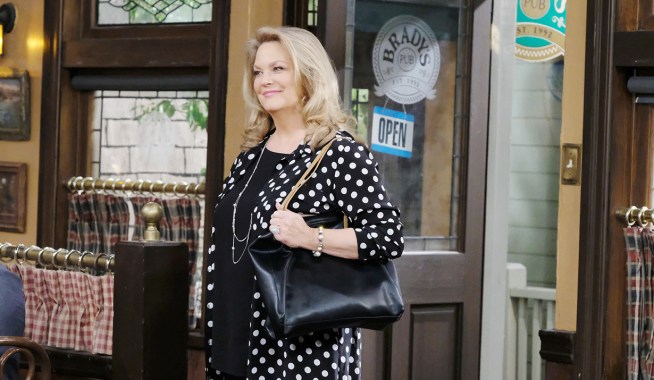