Monday August 5, 2019: On Days of our Lives today, Sarah seeks Maggie's advice, Rex punches his brother, and Gabi evicts Stefan after detailing her plot against him. 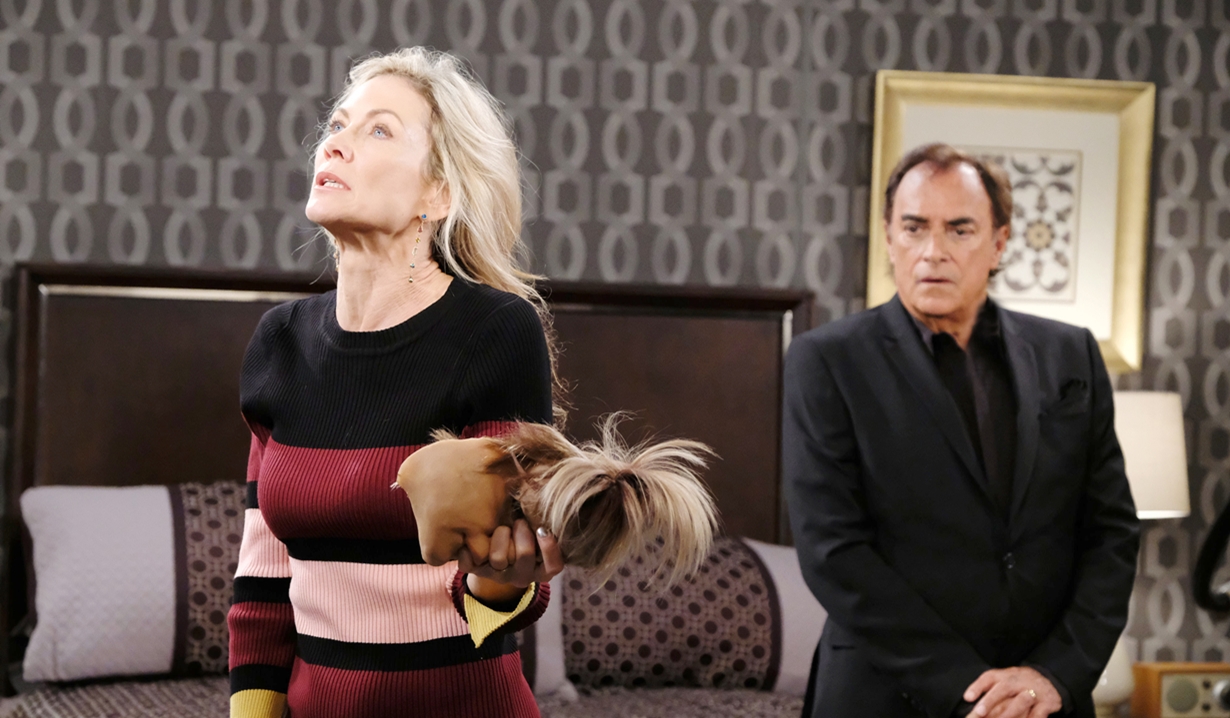 At the Kiriakis mansion, Xander learns Sarah told her husband she’s in love with someone else and grins – he’s been waiting for this. Sarah calls him an idiot – she was talking about Eric. As Maggie enters, Xander tells Sarah one day she’ll see she’s wasting her time on a love she can never have, and he’ll be there for her. Sarah cries to her mother, “I ruined everything.” Sarah sums up what happened with Rex. Maggie questions if Sarah wants to save the marriage – if there’s no future for Eric and Nicole, maybe they can be together. If she stays with Rex out of obligation, she’ll hurt the two of them more. Sarah isn’t sure Eric can love her as he does Nicole. Maggie thinks it’s worth the risk.

Rex confronts Eric at the apartment about Sarah being in love with him – she said his name in bed then admitted everything. Eric never wanted to hurt him. Rex smashes the photo of the three of them together – it was all a lie! Eric reminds Rex he helped them get back together. 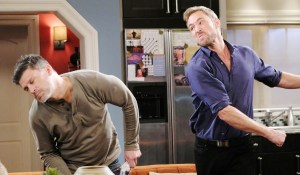 Rex laughs then accuses Eric of thinking about sleeping with his wife while marrying them. Eric argues he never acted on his feelings when they were together. Rex scoffs, thanks Eric for making his marriage a joke, and punches him. Eric won’t hit him back and Rex snarks about his virtuous act. Eric insists he never meant to hurt him. Rex feels pain and loss follows Eric everywhere. He slams out. Eric picks up the smashed photo and cuts himself.

In the park, Kate disconnects from a pleading Ted as Hope appears. Hope asks about the money she found in Ted’s place and questions if they’re telling the truth about the kidnapping. 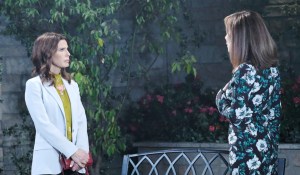 Kate advises Hope to leave it alone. Hope wants to know why Ted’s lying to her. “Tell me the truth, please,” Hope pleads. Kate can’t. Hope asks what she’s so afraid of and assumes it’s Stefan. Kate tells her to stop asking questions, and walk away from Ted, for her own good. Hope won’t let it go. Kate warns if she values her family’s life she will.

In his room, Ted tries unsuccessfully to reconnect with Kate, vows he won’t lose Hope, and heads out.

In the hotel suite, Kristen, in the Nicole disguise, brandishes a gun and tells Tony that Gabi is standing between her and DiMera – she has to go. Tony’s all for her getting what she deserves, but never saw her as a murderer. He warns if Gabi ends up dead, she’ll be the prime suspect – there’s a better way; she’ll have to trust him. Ted knocks, asking Nicole to open up. ‘Nicole’ lets him in and Ted explains they need to work together to stop Kristen and get Nicole’s child back – then he won’t fear for his life every day. 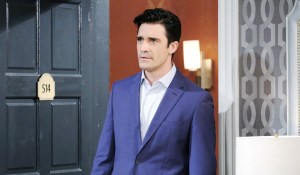 Ted assumes Nicole asked Tony to help get Holly away from Kristen. Tony muses his wife wants what’s hers; he’s there to help. ‘Nicole’ warns him not to double-cross Kristen DiMera. Ted decides he’ll go to the police and tell them everything. Kristen rips off the mask and reveals herself; now that he knows her secret – she can’t have him walking around telling people. Ted lunges for the gun – he and Tony struggle and a shot goes off between them.

More: Watch as Ted is locked in a trunk

In the DiMera mansion, Stefan’s confused as Gabi tells him to get out. Gabi explains she’s been wanting to do this since he framed her for Andre’s murder. She recaps all she went through and reveals she switched Charlotte’s DNA results to break his heart the way he broke hers. Stefan’s in disbelief as she explains her plan to hurt him by taking away the DiMera legacy. Stefan realizes she used her sexuality to lure him and arranged for Chloe to find them together. He explodes, “You manipulative bitch!” He warns she won’t get away with this. Gabi purrs, “Stefan, I already have.” Stefan knows it wasn’t all an act and moves in close to say, “You’re lying.” They spar verbally and he questions why she didn’t leave him to rot in jail. Gabi says it wasn’t enough. Stefan threatens to divorce her – she’ll get nothing. Gabi will drag it out for years; in the meantime, she controls everything and wants him out…now. Stefan vows to fight her. Gabi threatens to have Ben throw him out – he works for her now. Stefan will go, but knows she still wants him…she might even love him. He promises to return after dealing with the charges and show her the pain of rejection.

At the bar, Xander buys a cringing Rex a drink while lamenting they both lost. 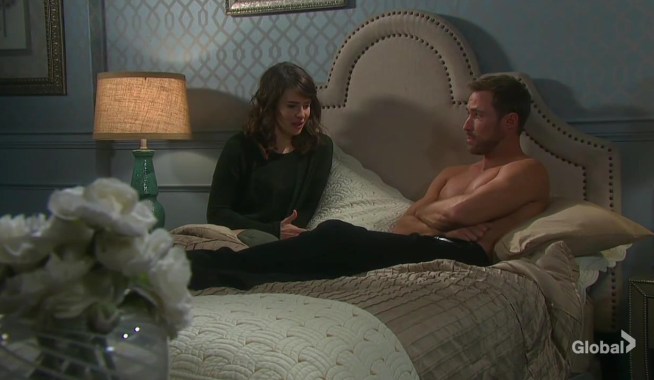 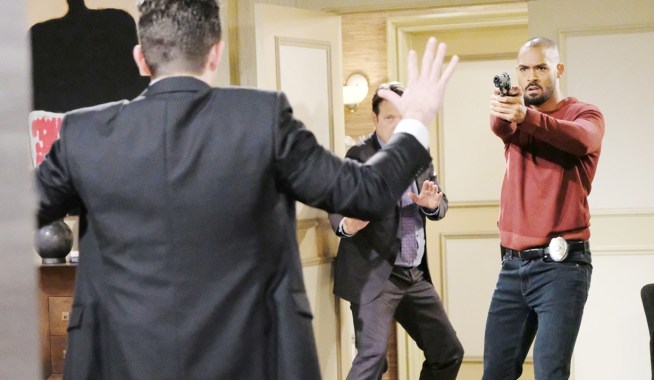