Tuesday July 30, 2019: On Days of our Lives today, Jenn and Eve fight, Gabi gets flack from Rafe when she reveals plans to marry a DiMera, Jack offers Eli a new job, and Ben thinks something is fishy about the charges against Stefan. 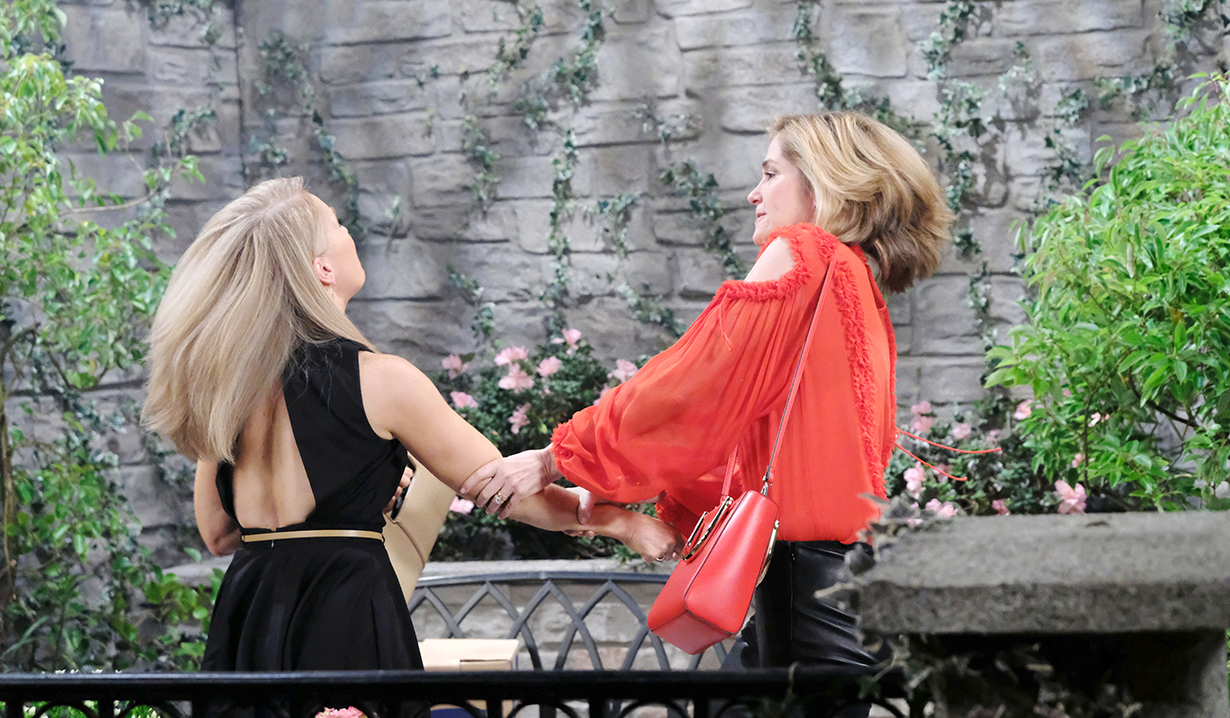 At SPD, Jack tells Eli and Lani that the position for Police Commissioner is available since he fired Eve. He doesn’t want to provide details. Eli suggests Hope and Lani suggests Rafe but both turned him down before so Jack asks if Eli’s interested. He goes and Lani urges Eli to take the job. Eli considers it and agrees. The money will come in handy for their wedding and all the kids they’ll have. Lani laughs and they canoodle. Lani told her mom about the wedding and she’s thrilled. Eli says Val knows and couldn’t be happier.

In the park, Eve blames Jennifer for her job loss and marriage 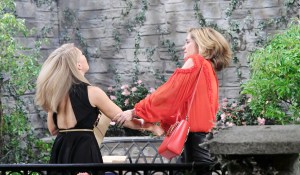 breakdown but Jennifer sets her straight. It’s all on Eve. They bicker and Eve slips that Jack will never get his memory back. Jenn says at least he knows “what an evil, vindictive woman you really are.” Eve decides to “rip” Jenn’s face off. Eve pounces on Jennifer and tries to beat her up until Abe gets between them. Eve takes off.

Ben and Ciara wake up together at the cottage. Ben’s reading about 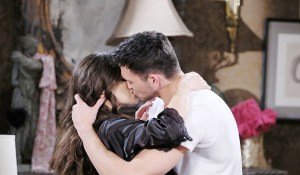 DiMera Enterprises and says it looks like Stefan’s being kicked out. Ben’s positive Stefan is innocent. Maybe he can help prove it. It’ll also mean they can keep living there. They kiss. At the main house, Stefan and Gabi are on a call about their wedding. Gabi pressures him to hurry up. They need to marry before the board ousts him. When he asks, Gabi says yes, she’ll be proud to take his surname, too. Later, Stefan appears at Ben’s. He shares the wedding news and asks them to be witnesses, explaining the situation. Ben and Ciara have misgivings. Stefan says they’ve developed a bond. He doesn’t want to discuss it further so they agree to witness the marriage. He goe and they dress and make out. Ben finds her beautiful.

At Rafe’s place, Gabi disconnects and Rafe, who was eavesdropping, says she’ll marry Stefan DiMera over his dead body. Gabi explains it’s business. She knows the charges are bogus. Rafe asks if it’s slipped her mind that he framed her for murder. It hasn’t so 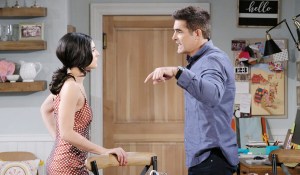 Rafe assumes she’s fallen for him. Gabi insists she hasn’t so Rafe knows she’s not giving him the entire story. He asks if she’s ready for Stefan to be Arianna’s step-father. Gabi is doing this all for her kid’s financial stability that they never had. Rafe won’t try to stop her but feels it’s a mistake. Gabi goes.

From Salem Inn, Kristen in Nicole’s mask gets a call from Tony, from Chicago. He’s not sure he can go through with their plan to marry. Kristen goes ballistic. 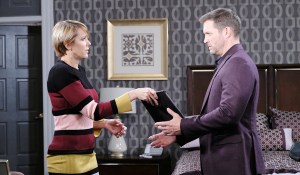 He asks how she’s going to explain his resurrection but she has to go when Brady shows up. “Nicole” lets Brady in and tells him about a nightmare about the fire. A firefighter didn’t pull her from the fire. She says she saw the man’s face but doesn’t know who it was. She shows his picture and Brady says both Tony and Andre DiMera are dead. Nicole reminds him that Rolf, Jack and EJ were in that warehouse. She recalls one of the doors had the letters A.D. on it. What if it’s real? If she can track him down and marry him, she’ll be a DiMera and can become CEO. Brady reluctantly agrees to help find him. She fakes calling a hospital and calls Tony. She pretends to get a number of a place in Chicago and she and Brady head out.

More: Days column on Tony’s return – do you prefer him over Andre?

Jack finds Jenn and Abe at the park. Abe leaves them alone while Jenn fills him in on the fight with Eve. Jack’s letdown that there wasn’t one real moment between him and Eve and now he may never remember his life. “You were right,” he says. Jenn knows he was vulnerable and Eve was manipulative. Jack’s done being Eve’s puppet. Jenn tells him to follow his instincts. She confesses it hurt her to see the Jack she knew turn into a slimy, political hack. Jack’s offended. He’s proud of those accomplishments. He takes off.

Gabi arrives at the DiMera mansion. Stefan finds her gorgeous. He found witnesses and picked up the rings. He gives her an engagement ring that she finds stunning. It was Vivian’s. Gabi signs the prenup and Ben and Ciara arrive. Later, Abe turns up and tells them he’s marrying another couple. Nicole and someone else. Gabi and Stefan are shocked and wonder what she’s up to.

In the square, “Nicole” and Brady find Abe. She asks if he still marries people. He’s off to marry someone now. “Nicole” says she may be married later today so hopes he doesn’t get too drunk at this wedding. They leave Abe puzzled.

Faux Nicole and Brady arrive in Chicago at Tony’s place. When nobody answers, they let themselves in and Brady realizes that it’s Tony, when he sees the picture of Tony and Anna’s wedding.

Kristen Asks Her Brother Tony to...

Stefan and Gabi Are Married As Fake...