Tony’s Back From the Dead and Hiding Out in Salem

Friday, July 26, 2019: On Days of our Lives today, Jenn learns Jack took the serum, Eve and Jack have an explosive fight, Gabi makes a suggestion, and Kristen has another surprise. 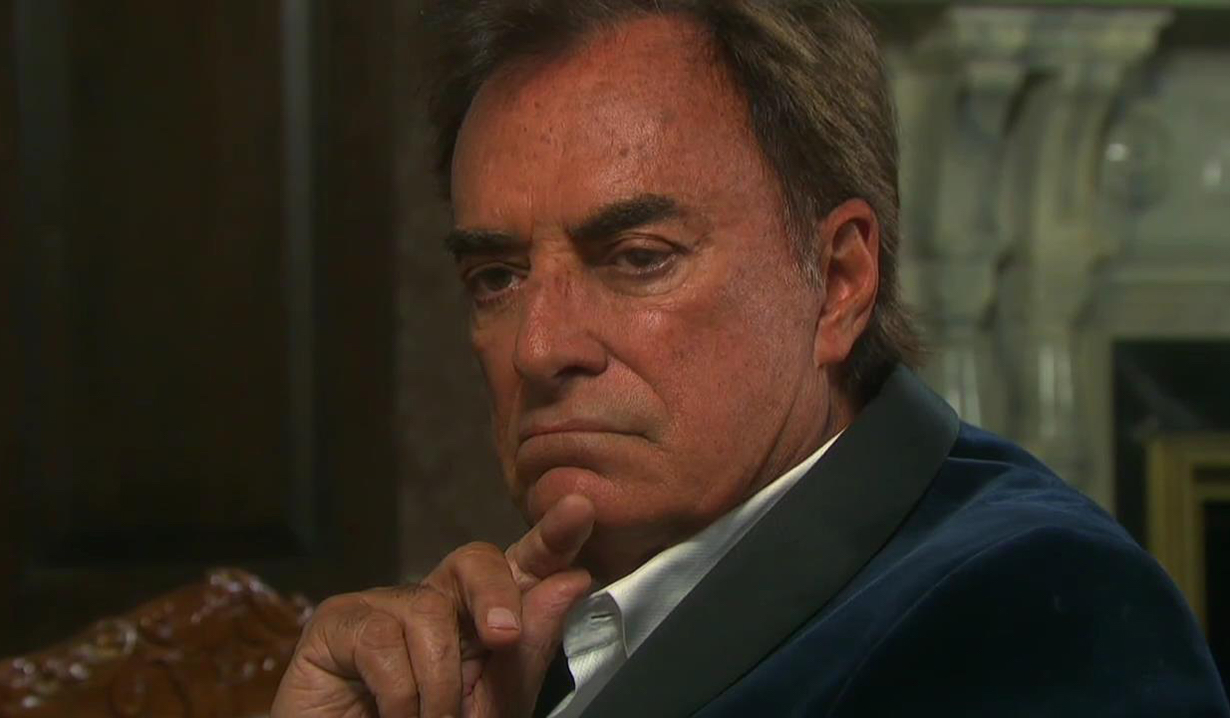 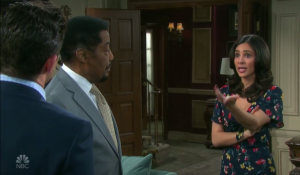 At the DiMera mansion, Gabi freaks out about Stefan being kicked out of the company. He reminds her they have to find another DiMera to replace him first. Gabi has an idea to get the board to reinstate him. They call Abe over to draw up a press release to go public with the truth. When that doesn’t change Mr. Shin’s stance on Stefan’s suspension, Gabi asks Abe to marry her and Stefan. If they’re going to save the company, she needs to become Mrs. Stefan DiMera. 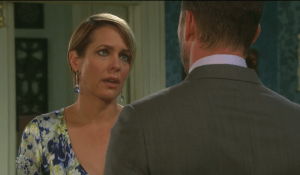 In the Kiriakis living room, “Nicole” suggests Brady claim Kristen as Tate’s mother since she gave birth to him and then he can take the company through his son. Brady angrily shuts that suggestion down. He recalls his desire to have a family with Kristen at one time, but she was just using him to stick it to John and Marlena. He admits to never having a successful relationship and isn’t sure he’ll ever be able to get over Kristen. “Nicole” suggests Kristen’s in his blood and maybe he isn’t supposed to get over her. Brady is dumbfounded, reminding “Nicole” what Kristen put him through. They get back to Stefan and Brady says her plan to oust him feels very personal. He asks if she had something to do with the kidnapping. “Nicole” acts offended by his assertion and they get back to figuring out how to become a DiMera. She says if adoption is off the table, there’s always marriage. He knows Stefan won’t marry her and rattles off the reasons the rest of the DiMera men aren’t options. “Nicole” relents but vows to get Brady everything he wants. 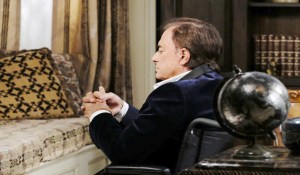 Kristen enters a room where a contemplative Tony sits in a wheelchair.

At the loft, Tripp tries to calm Haley down as she freaks out over seeing Claire. He gives her tranquilizers he got at the hospital. Haley appreciates it, but she won’t take them. Tripp encourages her to see Dr. Evans. She’ll think about it. He gives her a pill saying she’ll think more clearly if she gets some sleep. She takes it and as he starts to lead her to the bedroom, JJ comes home. Tripp tends to groceries as JJ takes Haley to their room. 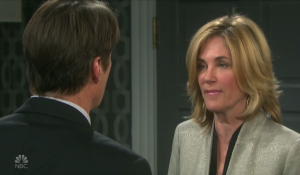 Jack tries to put out the fire Eve started in their room at Salem Inn. He discovers she lit Rolf’s diary on fire. As they argue, she lets it slip that she got the diary eight months ago. Jack realizes she’s the one who stole the diary and she admits it. He becomes upset accusing her of using him this whole time to get back at Jenn. She admits at first she was using him, but she did fall in love with him. She took the diary to protect him from his memories of how Jennifer treated him in the past. He doesn’t think she knows what love is. He throws Paige in her face accusing her of using her daughter’s death as a sob story. He wants a divorce. She spits back that she gave him sugar water in place of Rolf’s serum. She shows him the real serum, which he lunges at. She plays keep-away with the vials and threatens to smash them so he’ll never remember his past.

Julie greets Henry as he enters Doug’s Place. She’s pleased to learn he’s meeting Jennifer and shows him to a table. 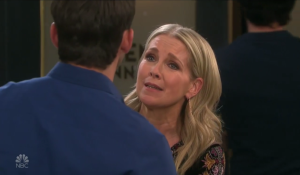 In the square, JJ tells his mother Jack took the drug and might get his memory back. JJ explains he didn’t tell her because he didn’t want to get her hopes up. Jenn’s heart can’t take it and doesn’t believe he’s actually changed. JJ tells her Jack said he would do anything to remember him and Abigail. JJ believed him. Jenn thinks that’s great but she has a date to get to. Henry calls to see if Jenn will be there soon. 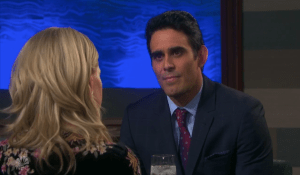 Jenn meets Henry at Doug’s Place. They rehash their past interruptions and Henry says, “Maybe third time’s the charm.” They talk about Abby and Thomas being in Paris. Henry knows she must miss them very much. She admits she does miss spending time with her family and has a flashback of Jack. Henry knows she’s distracted and assumes she’s thinking about her ex. She explains about Jack taking the serum, but insists she’s moving on. Henry doesn’t want to get hurt again and cuts their date short. Jennifer is so sorry for doing this to him again. He hopes Jack remembers her and makes her as happy as she deserves to be. 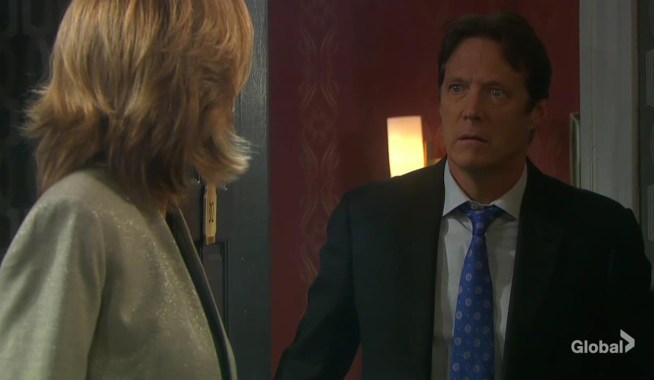 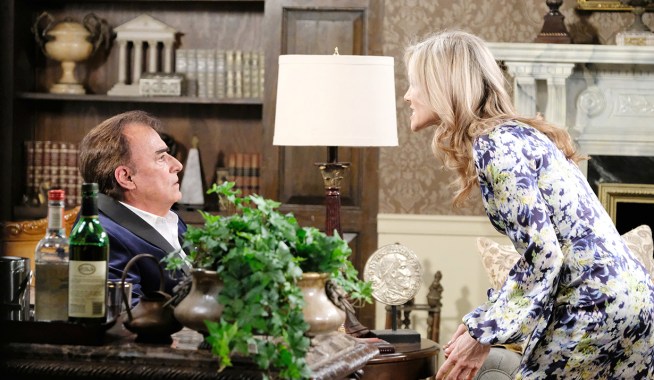