Thursday July 25, 2019: On Days of our Lives today, Kristen's glad to be back in the Nicole mask, Xander offers Eve the rest of the real serum, and Jennifer shares her news with Jack. 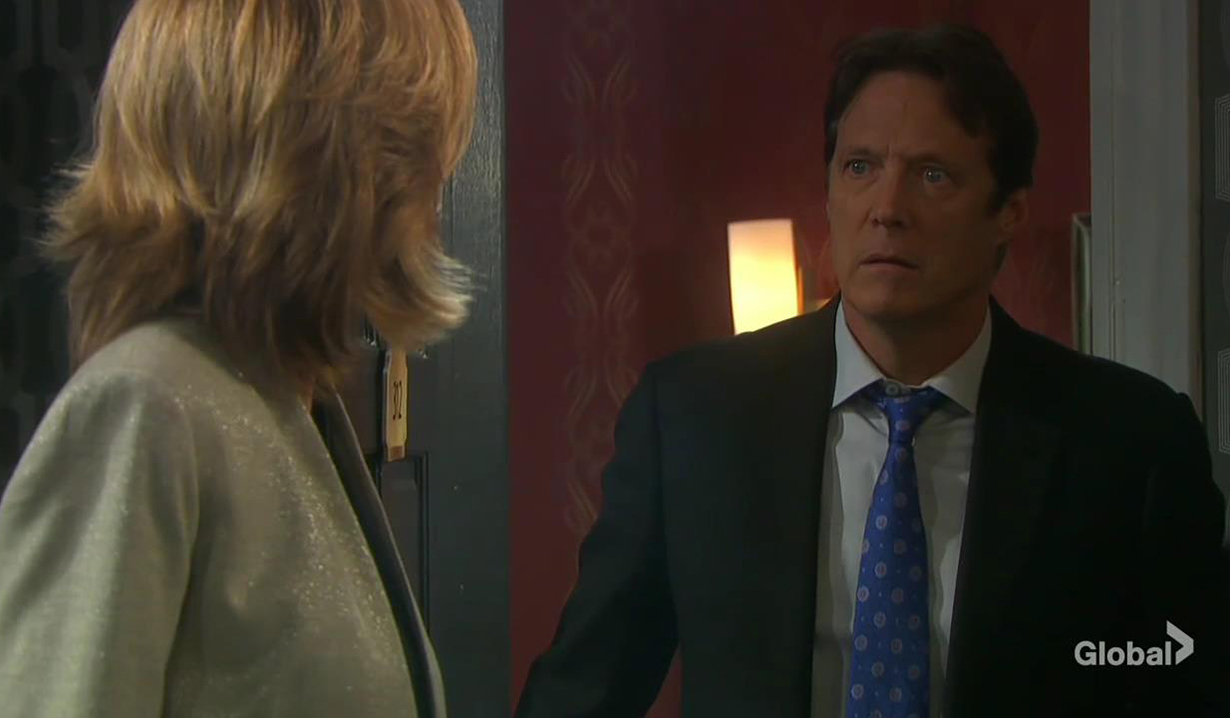 In the loft, Haley continues to hallucinate that Claire is trying to stab her 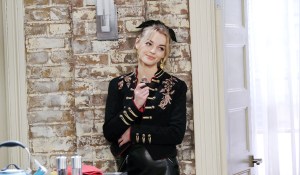 with a knife when JJ arrives. She acts as if nothing is wrong though her eyes are shifty. JJ thinks she looks as if she’s seen a ghost. She hasn’t slept and still appears distracted. He suggests she go back to bed but she sees Claire waiting for her and freaks out. She can’t! JJ’s puzzled. She covers and offers to make him breakfast – cereal.

More: Days column, characters poking fun at themselves a win

Kayla finds Tripp at the hospital. She learns he’s there for a prescription and flashes to Haley asking him to keep her possible PTSD to himself. Kayla learns it’s for issues with sleeping and she wishes he would have come to her. He lies that he has guilt and fear about falling asleep. Kayla reminds him that Claire’s mental illness had many contributing factors. Kay’s surprised JJ and Haley moved into Claire’s old room. Is he sure that’s a good idea? Tripp assures his step-mother it’s fine. He goes.

Gabi arrives at the DiMera mansion and talks with Stefan about his meeting with Kate. Gabi knew she wouldn’t admit to setting him up. They need a new plan. 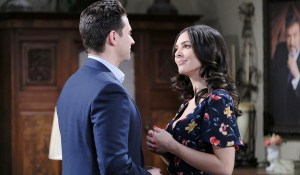 Stefan grins. It feels good that someone finally has his back. They ponder if Nicole has something on Ted and Kate or if she gave them something they wanted. Stefan says Nicole’s motive is thin. Gabi wonders if eliminating him means she’ll move up in DiMera. Stefan agrees. He should fire her. Gabi’s not sure it’s a good idea. They should keep her, nail her, and then expose her and clear him. Stefan gets a call. He’s been suspended as CEO because of the investigation. He retains the title but has no power. He can’t fire Nicole.

Outside the Kiriakis mansion, Kristen’s back in the Nicole mask, glad that she can get her plan back on track. She thinks about Brady and moans. “Ready or not, 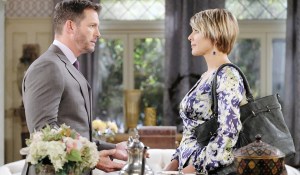 Brady, here I come.” She knocks and Brady opens the door. He brings up her answering her door to Gabi in the Lucha Libre mask and calls her behavior unhinged. “Nicole” says she’s been emotional lately since losing Holly. She was crying and didn’t want “that witch” to see her puffy and red-eyed. She tried to scare Gabi away. When he asks, she tells him the mask was from Xander. It was a gift. Xander’s a huge Mexican wrestling fan. He used to wear the mask. Brady’s weirded out and calls that “too much information.” “Nicole” wants to show her gratitude by helping him take over DiMera since he won’t have sex with her. She’ll become CEO at Titan. Brady says you have to be family to be CEO. “Nicole” asks, “What if I told you I could be a DiMera?”

In the square, Jennifer asks about Jack’s strange behavior. He’s staring at her as if he’s waiting to remember something. She tells him about her date with Dr. Shah. He’s surprised but says it’s great. She’s moving on. Jack remembers him from New Year’s Eve. She is tired of pressuring him to take the serum so she’s moving on. Jack appears as if he wants to tell her he took the serum but instead says he has decided to restore her press credentials. She finds that decent.

Eve tries to get rid of Xander at her door at Salem Inn. 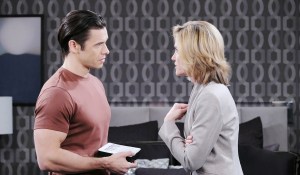 He won’t go. He found her desperation last night sexy. He licks his lips and glances down her body and Eve flashes to asking him to break into the lab and switch Rolf’s serum to a placebo. He hands her the real serum. He wants to be her Batman to her Commissioner Gordon. Eve tells him to crawl back into that Bat Cave. Xander calls her sexy and he wishes he could give Sarah a serum to forget Rex. He goes and she burns Rolf’s diary. 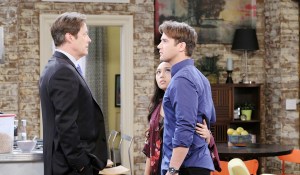 the first dose of the serum. JJ accuses him of lying. Jack says he’s not and made up the antidote just in case he gets a tumor. JJ says it’s no guarantee but Jack needs to remember his life and family. JJ’s shocked Eve administered the serum. Jack thinks she’d never deny him remembering his children. He didn’t tell Jenn and asks JJ and Haley to keep it to themselves. He doesn’t want to get Jenn’s hopes up since she’s moving on. 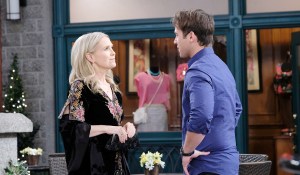 Jack’s never going to take that serum, so she’s moving on.

JJ meets Jenn outside Salem Inn. She tells him about her date and he wonders if it’s such a good idea.

Jack walks into Salem Inn and spots the little fire Eve made.

Eve is caught by Jack.

Remember this? On July 25, 2008, on Days of our Lives, Marlena walked in on John and Ava and then ordered Rolf to fix her husband’s memory disc, while Morgan accused John of killing her father Paul Hollingsworth.

Tony’s Back From the Dead and...

‘The Great Gatsby’ Series In The Works From Michael Hirst