Friday July 19, 2019: On Days of our Lives today, Ciara catches her mother kissing Ted, Ben learns that Jordan doesn't want him near her kid, and Gabi has a run-in with Xander. 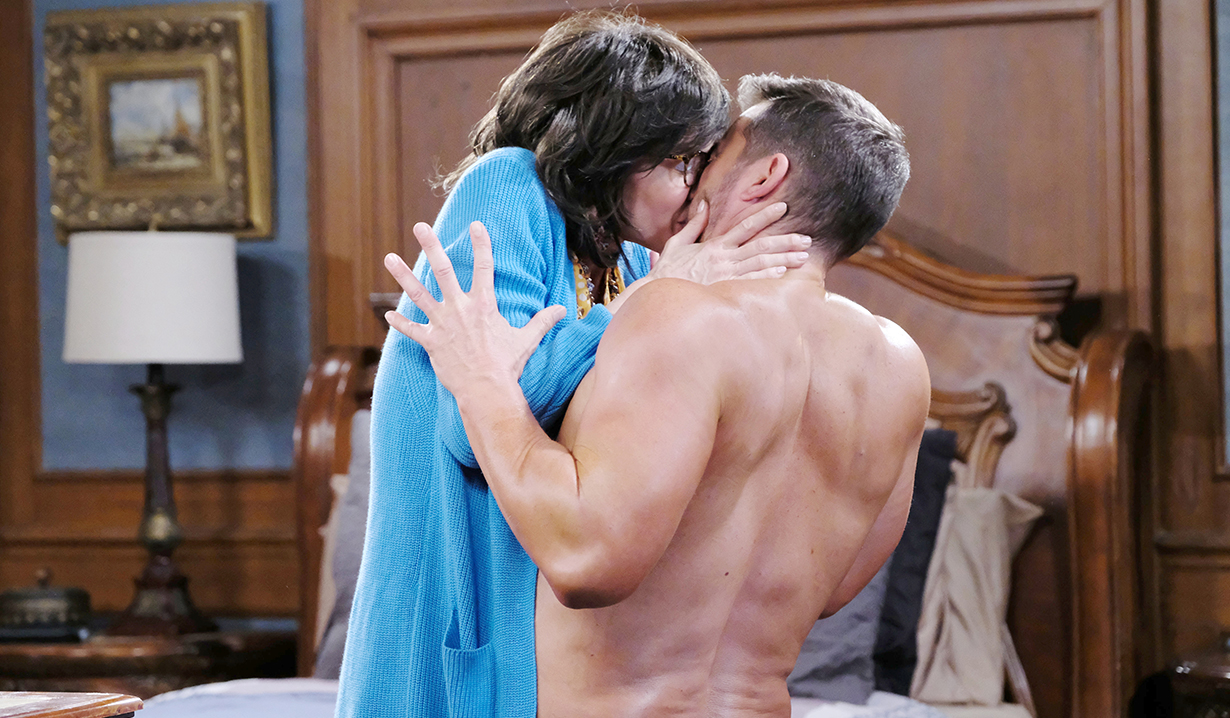 Ted and Hope make out at Doug’s Place until Ciara interrupts and apologizes. Hope shows her the divorce papers but Ciara trusts her mother and knows that if Ted didn’t truly change, she wouldn’t be with him. She may not like that he blackmailed Will but supports Hope no matter what. Her mother beams at her. Ciara wants to visit Claire but Hope says she’s not allowed visitors yet. Ciara thanks her and goes. The smooching continues.

Rafe finds his divorce papers at home. Ben arrives. He’s been waiting to hear from him for weeks. Rafe admits he spoke with Jordan who confirmed that she’s worried about David’s safety and adamant that Ben is not with him. 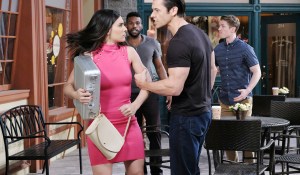 Rafe told her that Ben’s probably not a danger to anyone but she wouldn’t have it. Jordan’s given up all hope of a release or raising her son so she asked him to petition for permanent legal guardianship. Since this is up in the air, Rafe doesn’t want to go against Jordan’s wishes but once he nails this down they can revisit it. Ben’s thrilled. Rafe tells a story about David at the park.

Gabi takes Xander’s briefcase and runs around the square with it, assuming there are incriminating documents inside he’s used to set up Stefan. Xander flashes to putting the Nicole mask inside and grabs her and demands she let him have it. Gabi makes a scene and knees Xander in the family jewels. He goes down and Gabi runs.

At the Kiriakis mansion, Will and Sonny wonder why Susan has a gun. Will recalls Roger had an extensive collection of guns. Maybe it’s his. Upstairs, Brady catches “Susan” in his room. “Susan” lies that she’s looking for the bathroom. 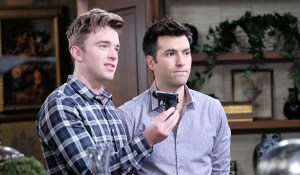 Brady points out the way but she only has eyes for his towel-clad body. She asks to do one thing before she goes and pounces on him. She kisses him before he knows what’s happening. He pushes her away and reminds her she’s with Roger. “Susan” lies that they have an arrangement. She giggles. “You’ve gotta be kidding me,” Brady says, backing up as Susan runs her hands over him. Brady’s not sure they’re a match. Will and Sonny appear as Brady’s towel falls off. Brady covers up and looks relieved. Will shows her the gun and she grabs it. They’d all like to know why she has a gun. “Susan” says it’s for protection. Last time she was in town Marlena got shot. Will wants to lock it up but she lies that she has a concealed carry permit but can’t find it. Will takes the gun and “Susan” pushes them out. Brady says he’s off women and gives her the boot. Downstairs, she mumbles about getting her mask back. Will hears her and she covers that she wants the wrestler mask back. 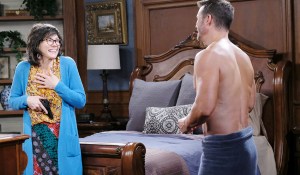 She goes and Will worries about her. Brady appears and they agree Susan’s acting even stranger than usual. Outside, Kristen calls Xander to meet. Or else.

Xander interrupts Ted and Hope kissing at Doug’s Place. They discuss the kidnapping and Xandy says he’s worried about Gabi – is she there? They haven’t seen her. Hope wonders why Xander cares. He’s trying to be a better person. He dashes off, leaving Hope and Ted confused. Hope accepts a date with Ted.

Gabi returns home with Xander’s briefcase but she can’t get it open. Rafe finds her and asks 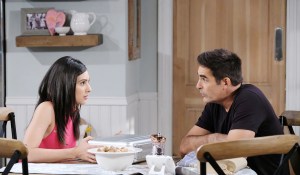 whose briefcase it is. She lies at first but admits it’s Xander’s. Rafe refuses to help her. Even if she finds evidence inside, it’s inadmissible. He wants her to give it back to Xander.

At the pub, Ben fills Ciara in on his conversation with Rafe. They feel hopeful that someday Ben will get to spend time with David. Roman tells them their lunch is on the house. Ciara refuses, “Especially since I’ve been such a lousy employee lately.” She hasn’t shown up much lately so Roman lightheartedly fires her. Roman and Ben agree she has many other talents.

Ben and Ciara arrive at his place. 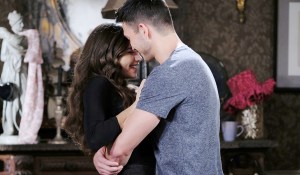 She wants to decompress before figuring out what to do with her life. Ben agrees. With Stefan in jail, he’s not sure where his job will take him. Ciara’s just glad to spend time with Ben.

Gabi finds Brady at the square and asks him to give Xander his briefcase back.

“Susan” meets Xander in the park and wants her mask back.

The real Susan shows up at Will’s doorstep squealing, “Surprise!”

Gabi has bad news for Stefan.