Thursday July 4, 2019: On Days of our Lives today, JJ's words affect Jack, Carrie admits to her one-night stand, and Hope reacts to news about Rafe. 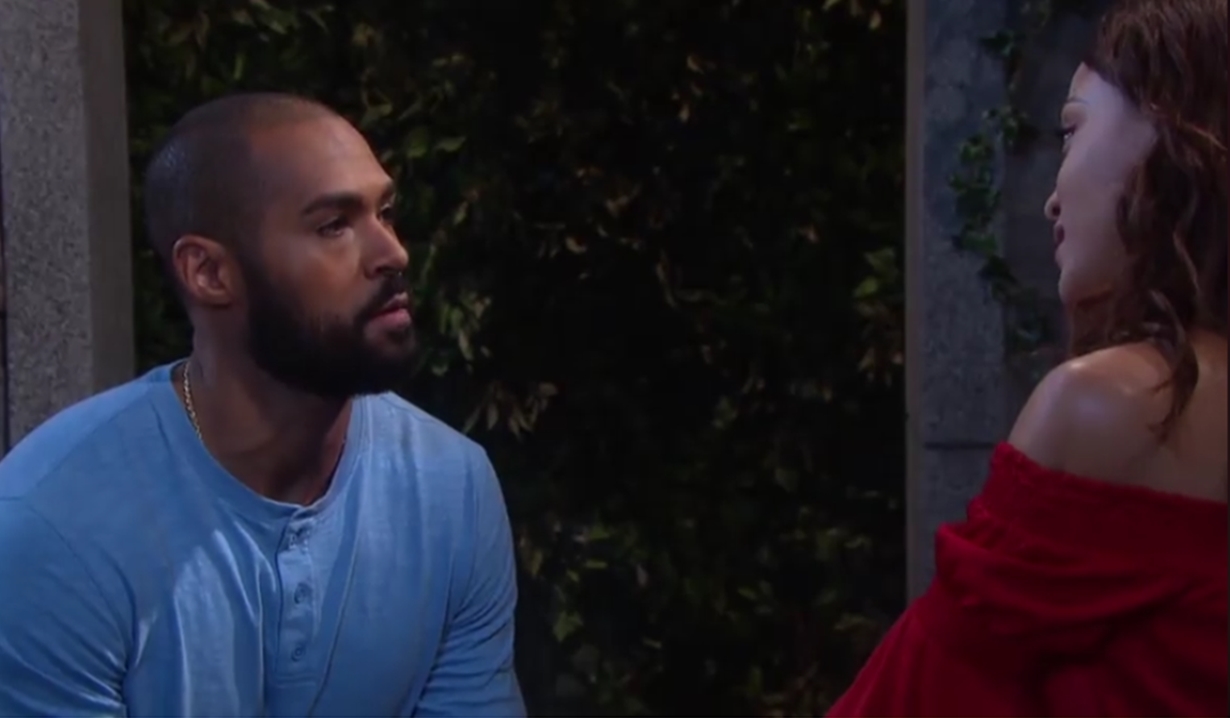 Jennifer arrives at JJ’s looking to get him out and get his mind off Haley, but Haley appears. Jennifer’s glad the nightmare’s over and wants to get the charges against JJ dropped. JJ relays Jack already did that, but questions what he’s getting out of it. 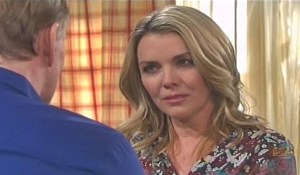 Roman arrives at Carrie’s room – he saw Rafe sneaking out. Carrie admits Rafe spent the night. Roman worries about Austin finding out so Carrie explains they split up. Roman embraces her. Downstairs, Hope asks Rafe what he was doing upstairs. Rafe starts to speak when Eric interjects that he was bailing him out. Rafe asks Hope what’s wrong and finds out about Claire. Rex questions going ahead with the barbecue but Hope okays it. She leaves and Eric tells Rafe he covered because Hope doesn’t need more crap in her life. 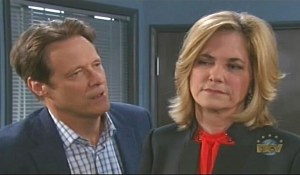 At the Salem Police Department, Jack questions Eve about Marlena and John storming out. Eve complains they believe Ben’s innocent and Marlena’s professionally embarrassed. Jack knows she’s keeping something from him – she’s acting cornered. Eve rants she’s sick of dealing with do-gooders treating her daughter’s murderer like the injured party. She wants to go home but he has to do the Fourth of July.

At Doug’s Place, Lani tells Julie there’s something she should know, but Julie rants about her and Eli breaking up. Eli appears and announces they’re back together. Julie’s apologetic, but Lani understands. Doug joins them and Julie updates him. Julie takes a call from Sarah and agrees to bring everyone to the barbecue.

In the park, Jennifer is telling JJ and Haley that the celebration’s at Brady’s Pub when Eve and Jack appear. Eve’s confrontational about Haley being in Salem, and JJ retorts there’s nothing she can do about it. Jennifer’s irked with Jack when Eve attacks JJ, but Jack sides with Eve. Jenn calls Jack out for dropping JJ’s charges to get Will’s diary…though she’s thrilled he’s interested in getting his memory back. Jack wants to remember his children, but JJ would be happy for Jack to forget about them. Jack looks shaken.

In the square, Rafe passes by Eli, Lani, Julie and Doug with the baby. Lani peeks in on David, and Julie suggests Rafe keep his distance from the barbecue so Hope can relax. Rafe reveals Hope won’t be there. He realizes Doug and Julie don’t know about Claire and is sorry to tell them. After, Julie and Doug decide Rafe’s family because he loves Ciara and invite him along.

Outside the Brady Pub, Roman looks on as Eric and Rex spar verbally about charcoal versus propane. Sarah muses men getting competitive is nothing new. Inside, Carrie questions Sarah about her and Rex working things out. Sarah hopes they’ll be as happy as her and Austin. Carrie reveals they split up. Sarah brings up Rafe and Carrie admits they had a one-night stand as Hope enters. She’s followed by Julie, who embraces Hope – she can’t believe what happened. Outside, Rex continues mocking Eric, who finally gets his charcoal lit as Eli and Lani arrive. JJ, Jenn, and Haley appear and Roman takes JJ aside with bad news. Eli, Lani and Doug join Julie to reassure her about Claire. Meanwhile, Carrie warns Rafe she was talking about their night together when Hope walked in. He’s concerned about her. Later, as everyone eats, Rex, with Sarah beside him, announces they’re reviving a family tradition and holding a wedding reception. He raises a glass to everyone there, and to the ones who have left them. If they stand together, they endure. As dark falls, Rafe tells David not to be scared. “I got ‘ya’.”

More: As the World Turns director dead at 79

In the park, Eli tells Lani he watched David all day and gets how she felt. Parenting scares them to death but they’d both like another shot at it…someday. Eli first wants a wife he loves and respects, who makes him laugh and who would be a great mother. Lani agrees the first step for her would be having a husband with the same qualities. Eli feels they’re on the same wavelength and has a question. He falls to one knee and proposes. Lani accepts and they kiss as the fireworks burst overhead.

Outside the pub, Rex cuddles Sarah as the fireworks begin. Eric watches from inside. Roman and Eric see Carrie off. 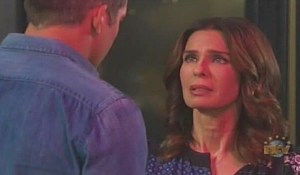 In the square, Rafe approaches Hope. He tells her it never crossed his mind Claire set fire to the cabin. He’s there for her. She asks, “The way you were there for Carrie last night?” Hope removes her wedding ring and hands it to him. Nearby, Jenn remembers watching the fireworks over London with Jack. JJ says she deserves better than him. Eve notices Jack watching them and pulls him into a kiss.

Hope questions Xander about the necklace. 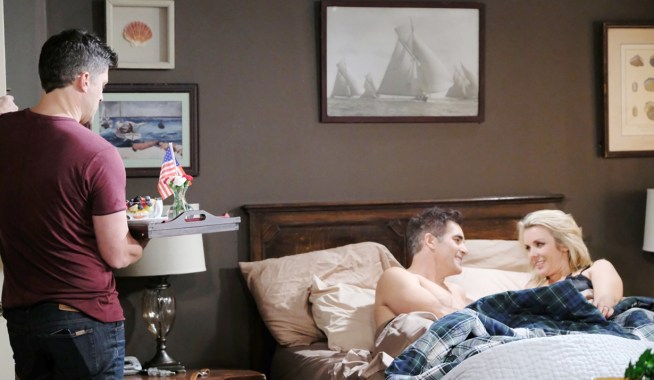 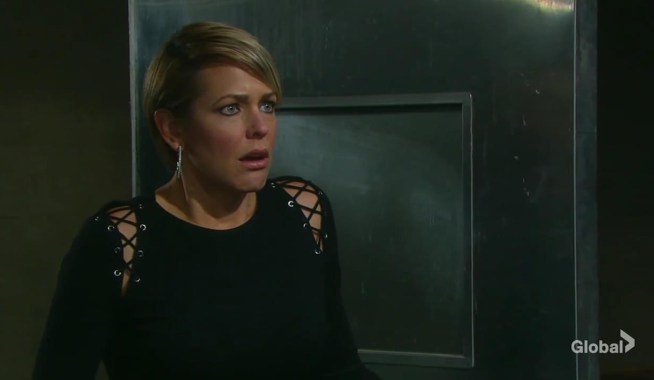