Wednesday June 26, 2019: On Days of our Lives today, Eli and Lani share a tender moment, Abe stops Stefan from firing Nicole, and Xander lies to Kristen again, while Jenn hears from Abigail. 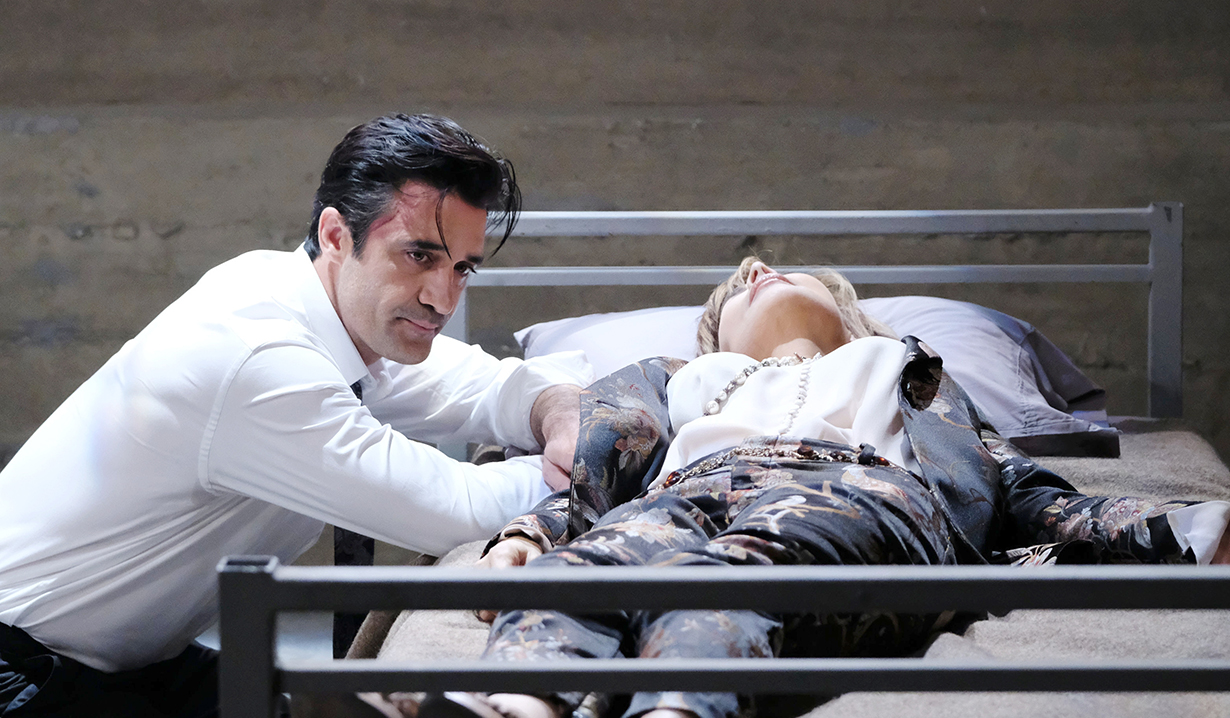 At the park, Eve tells Jennifer to stop bothering Jack to take the serum. He doesn’t want his memory back, Eve asserts.

At the hospital, Jack asks Kayla how soon he can take Rolf’s serum. Kayla says neither the serum nor the antidote has been approved by the FDA. He can’t use it but Will has the diary with the original formula. Kayla cautions that this is unknown territory but Jack wants to remember his children. Kayla asks if he feels a pull toward Jennifer. Jack stammers and asks her to keep the conversation private. Kayla agrees to it.

Eli stares at Lani’s photo on his desk at SPD sadly.

At the pub, Lani’s aghast to learn that Abe took a job with DiMera Enterprises as their CCO. Is he out of his mind? Abe has his reasons for taking it and assures that he can take care of himself. Abe’s worried about her. Lani admits she was lying to herself and everyone else that she wasn’t getting attached to David. Abe suggests caring for David helped her to grieve for her own son. Lani’s not sure. She admits Eli left her. Abe’s sorry and presses her to talk to him. 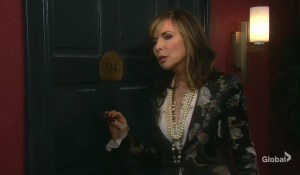 Kate gasps from outside “Nicole’s” Salem Inn room as she overhears Ted lying to Kristen that he killed Ted Laurent. Kate calls someone and relays the confession then asks them to call the police. Inside, Kristen’s giddy over “Pepé Le Pew’s” death.

At Doug’s Place, Hope wonders where Ted could be. Jennifer appears and complains to her cousin about Eve 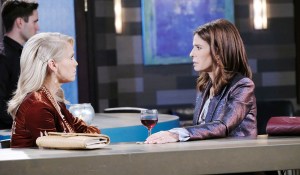 gloating about Jack not wanting to take Rolf’s serum. She asks how Hope’s doing since the divorce. Hope sighs. Jenn asks if Ted’s still following her around and Hope explains that he’s disappeared but she thought she heard his phone in Nicole Walker’s hotel room. Hope thinks there’s something off about Nicole. Jenn thinks she should talk to Abe or Stefan since they’re all working together. Hope leaves and Abigail calls Jenn. Jenn updates her on Will’s condition. Abby wonders what that means for her father. Jenn isn’t sure he wants his memory back.

In the secret room at the DiMera tunnels, Ted bangs on the door, yelling for Xander.

Back at SPD, Eli takes the anonymous call that came from Kate. He tells Eve he’s going to check on a possible homicide. Eve won’t let him because “I heard most 911 calls are pranks anyway.” Eli calls to God in shock at her incompetence. She orders him to stay on the Ben Weston case and then goes off and calls Xander with a heads up about the 911 call. Xander says whoever called is making it up. Eve thinks her heads up makes them even. He agrees not to tell anyone who gave her Dr. Rolf’s diary. Xander whispers that someone’s eavesdropping on them and opens the door to Kate. Later, Lani arrives. She leaves with Eli.

More: Best lines from Days of our Lives last week 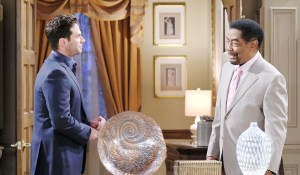 Abe arrives at the DiMera mansion, and Abe tells Stefano’s portrait to wish him luck wherever he is with his new job. He knows Lexi is. Stefan catches him. He thought he was the only one who talked to that portrait. They discuss Lexi. Stefan’s not sure she’d have liked him but he’d have been fond of her. He tells Abe to fire Nicole because she didn’t come into work today. Abe’s disgusted. Nicole just lost her daughter. They just released a statement. The board won’t like it. Abe goes to find out what’s up with Nicole. Hope shows up looking for Nicole but he hasn’t seen her. She’s searching for Ted and Nicole’s her only lead. Stefan suggests she find Kate DiMera.

Back at Salem Inn, Xander makes Kristen hide and opens the door. 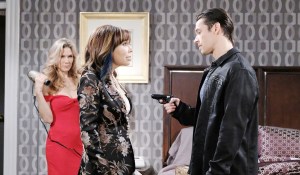 Kate falls inside with a yelp. Xander demands she explain what she’s been up to. When she won’t talk, he holds a gun to her heart. She shouts that she heard him say he killed Ted Laurent. From behind her, Kristen knocks her out and tells Xander to “finish it.” Xander says not to worry. He’ll take care of her the same way he took care of Laurent. He assures that the cops aren’t on their way since Eve put a stop to that.

At the park, Lani opens up about her attachment to David and how she finally realized that he’s not her child. It’s been almost a year since they lost their son. She doesn’t know how to say goodbye. Eli kisses her forehead and holds her. He understands and suggests they take flowers to David’s grave.

Xander brings Kate to the secret room in the tunnels. Ted tries to bring her around as Xander leaves. 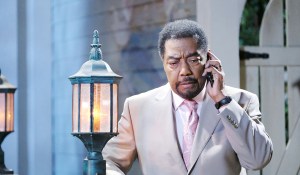 Abe calls Nicole from outside the pub. She fakes having a cold which is why she didn’t go to work.

Jack arrives at SPD and as Eve gets him coffee, he thinks about contacting Will.

Claire confesses something to her father. 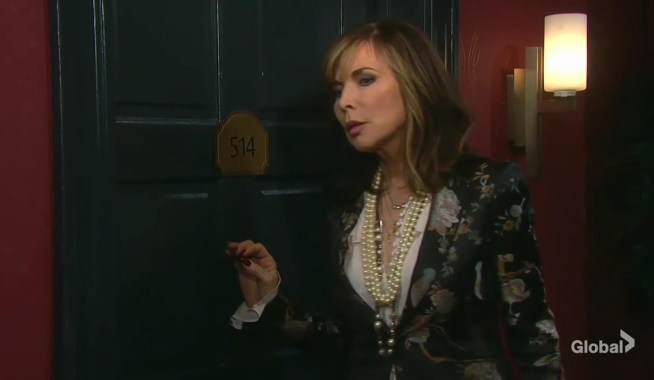 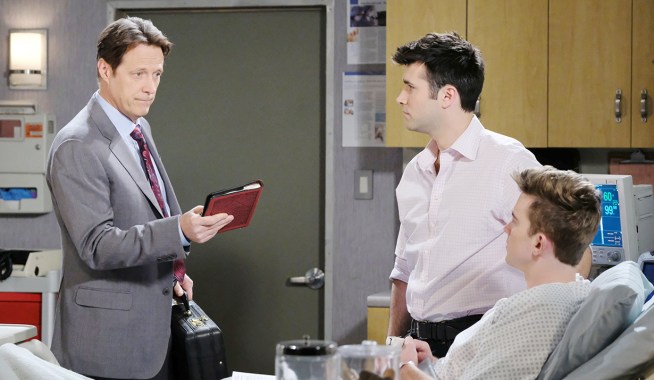