Kristen Orders Xander to Murder Ted, Calling Him a Liability 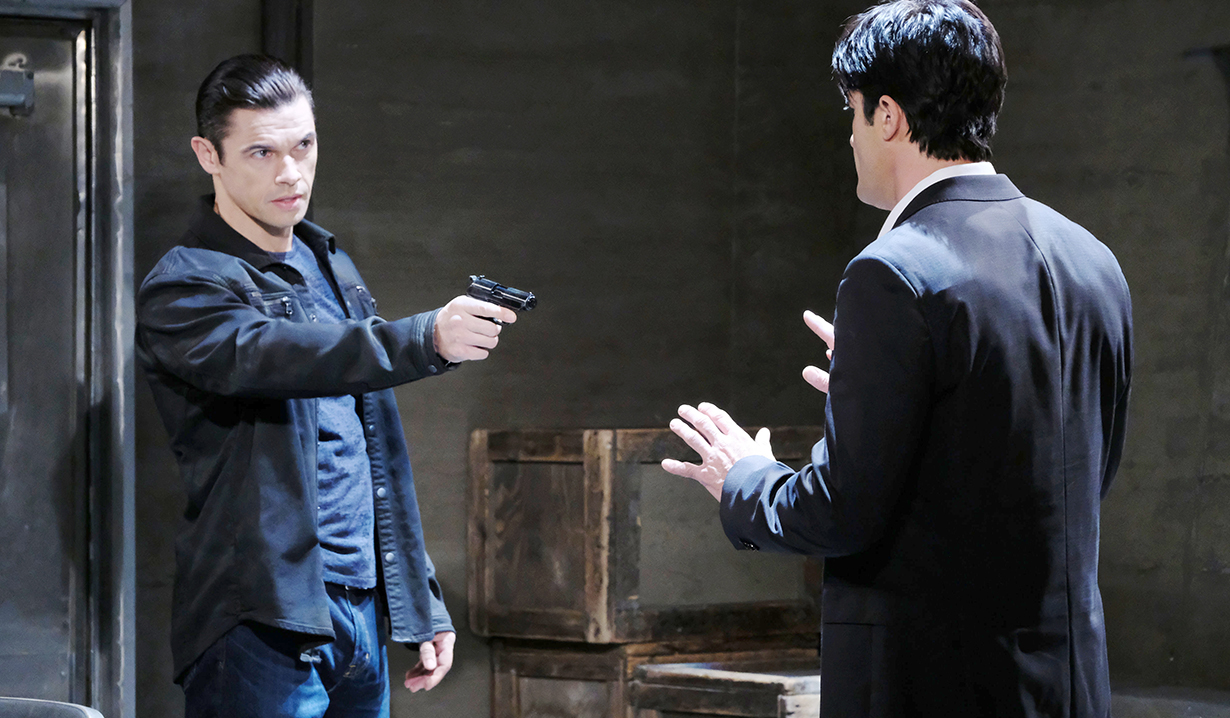 Hope returns to the pub and hugs Ciara and Claire. She knows how much they loved their great-grandma. Inside, Sami complains about helping Eric clean up. She can’t 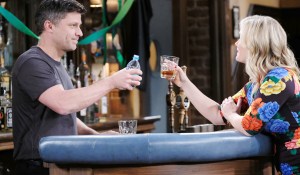 believe Grandma Caroline’s gone. Sami admits she sensed something between Eric and Sarah in the chapel. Eric reminds his twin that Sarah’s engaged – to their brother. Sami hates to ask but why isn’t he with Nicole? Eric explains that Nic blames him for Holly’s death. They’ll never be together. Sami hugs him, thrilled to hear it. Nicole’s not worthy “of a great guy like you.” Sami encourages him again to go after Sarah.

At SPD, Ben tells Eve she can’t keep him there. He has rights. Eve 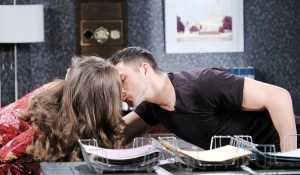 snipes that he gave up his rights when he murdered her daughter. She has finally nailed down his motive for setting the fires but doesn’t tell him what it is. She goes and Ciara sneaks in. She told the new cop at the desk that she’s Ben’s lawyer. Ciara tells him about her Grandma Caroline’s death and today’s wake. Ben holds her hand. He’s sorry. Ciara remembers baking cookies with Caroline. She tells him that she convinced Tripp that Claire’s the firestarter and she and Tripp will fake getting back together. Ben is worried and jealous so Ciara reassures him. They kiss goodbye and she leaves as Eve walks in shouting on a call about postponing Ben Weston’s arraignment. She spots Ciara and questions why she’s there. Ciara lies that she dumped Ben and gave him his key back. She apologizes for what Eve’s been through and is glad to finally know the man Ben really is. Eve goes to see Ben and demands the key. He hands it over and flashes to Ciara giving it to him as part of their cover.

At the hospital, Sarah flashes to being in the chapel with Eric. Rex finds her smiling. Rex thinks they can finally get married. Sarah smiles again. He wants to marry her right now. Sarah won’t do this on her ten-minute break. Eric walks in as Rex is trying to convince her.

Xander arrives at Kristen’s room at the Salem Inn. They need to deal with the Ted Laurent problem. She pulls out Holly’s autopsy files and gripes about him keeping it, she assumes, 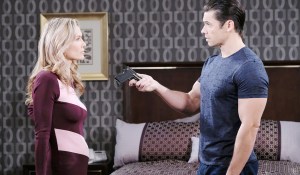 to use against her. Kristen reminds him of how devastating this will be for them and says now that Ted knows, he has to die. He’s a liability now that he’s trying to score points with Hope by coming forth with the truth about Holly – much like how Xander did it by giving Sarah Rolf’s diary. Xander insists that’s not why he gave it to her. “I don’t give a damn about the old witch doctor’s journal,” Kristen says. She just wants him to remember where his loyalties lie. She hands him a gun and he hands it back. She wants him dead. Why doesn’t she do it? Teddy doesn’t pose much of a problem for him, after all. Kristen’s pissed and hopes that he hasn’t found his moral compass. This is his fault for saving the autopsy results. She sends Xander away and torches the autopsy results.

Ted wakes up in the secret room in the DiMera tunnels, confused about where he is. He flashes to telling “Nicole” about Holly being alive and her hitting him with a fire poker. “Why would she attack me?” He tries to leave but finds the door locked. He calls out for help. Xander arrives with a gun.

Claire arrives home at the loft. She hugs Tripp and tells him the memorial was heartbreaking. Tripp cringes at her touch and when she moves to kiss him, he tells her they shouldn’t get back together. Claire’s surprised and accuses him of wanting Haley. He says no, Ciara needs him right now. He lays it on thick, telling Claire that he and Ciara have a bond because somebody tried to burn them alive. Claire has a meltdown and warns that he’ll be sorry that he ever hurt her. She throws a box of clothes and then takes off to her room, “Before I do something I really regret.” Ciara arrives and fills Tripp in on seeing Ben.

More: Go on a cruise with Santa Barbara stars

Eve stops Hope at the square and though Hope tries to get away, 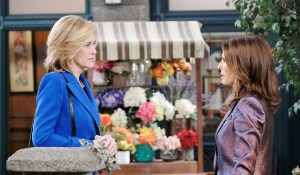 Eve tells her she has Ben locked up and this time the charge will stick. Hope says the case she built is entirely circumstantial. She wishes Eve luck in finding a competent DA. Eve’s still hoping Ted will say yes to her proposal.

Hope turns up on Kristen’s doorstep at the Inn. Kristen puts on the Nicole mask and Hope asks if she’s seen Ted. “Nicole” says no and then takes off. Hope calls Ted and hears his phone ringing from inside “Nicole’s” room.

Sami runs into “Nicole” outside and asks, “Who the hell do you think you are?”

Rex has an important question for Eric. 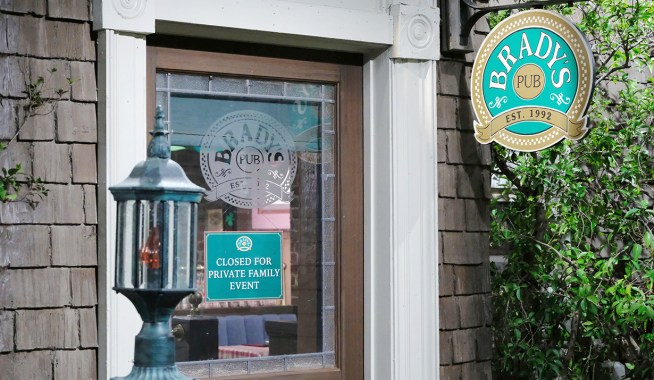 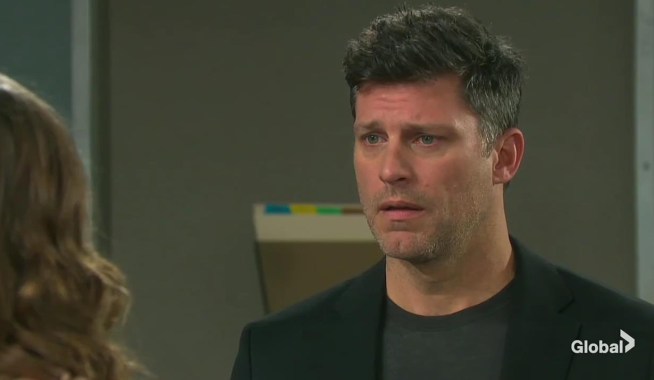