Kristen Knocks Ted Out With a Fire Poker

Friday June 14, 2019: On Days of our Lives today, Ted tries to do the right thing, Xander lies about how the journal came into his possession, and Kate warns Hope to stay away from Ted. 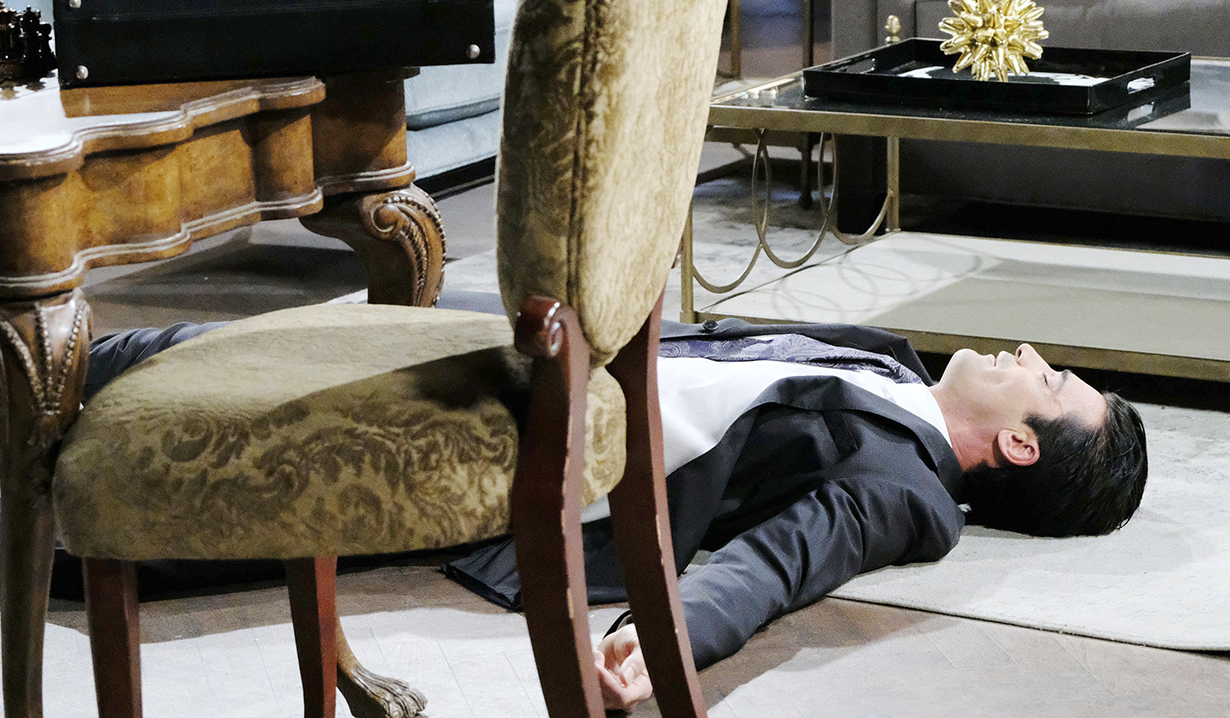 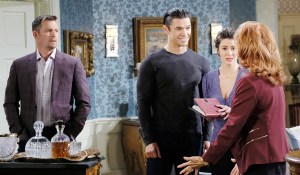 Brady and Sarah think it’s a trick, Maggie doesn’t believe Xander would lie about this. Brady asks where he got the diary. Upstairs, Ted snags Holly’s real autopsy report proving she’s alive and calls “Nicole” so he can become the hero. She ignores his call. Downstairs, Xander lies that he had access to some things in the warehouse. The women depart and Brady starts in on him taking advantage of Maggie and Sarah. Xander explains his real feelings for them both.

JJ visits Haley in the hospital as Eve and an ICE agent appear to tell Haley she’s being deported within an hour. JJ gets uptight but Haley asks him to relax. Eve leaves and Haley only wants to focus on JJ. In the waiting room, Hope finds Kate and apologizes for what she’s going through. Kate warns her again against getting involved “with a creep like Ted.” By the hub, Kayla rips into Eve about keeping Rolf’s journal from Will. Eve repeats that she wants Will to live but doesn’t have the journal. Later, Melinda rushes into Haley’s room. JJ squawks at her and Melinda says she’s been working on her Green Card application but it could take years. She’ll need to fight for her right to return – from China. Melinda will go with her. She found them an apartment in Beijing. JJ continues to criticize Melinda but Haley’s touched. She leaves the couple to say goodbye. JJ asks how he can apply for a Green Card in China. They must need EMTs. Haley talks him out of it before Melinda returns and Haley’s cuffed. They leave. Sarah and Maggie rush to Kayla with Rolf’s journal. Kayla and Sarah take off and Maggie tries to get into it with Eve but she walks off. Kate approaches. Maggie tells her about the diary. Kate asks her not to tell Will or Sonny yet since she doesn’t trust Xander. Maggie doesn’t care what Kate thinks and goes to tell him anyway. She returns having told the guys and Sarah and Kayla reappear to say they’re working on an antidote. In another room, Hope plays a message from Ted about having good news for Nicole Walker. 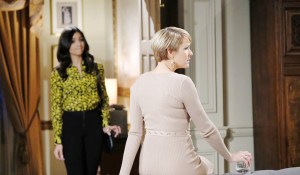 At the DiMera mansion, “Nicole” talks to Stefano’s portrait about finally being back where she belongs just as Gabi approaches. She questions her and FauxNicole declares she’s CEO of Basic Black now. Gabi’s skeptical and worried about what this means for her. She goes and Nicole finally responds to one of Ted’s calls and tells him off. She disconnects and calls Xander to ask why Ted’s harassing her. She’s “in like Flynn” at DiMera and can’t have anything screwing it up. Gabi returns and questions who “Nicole” is talking to. 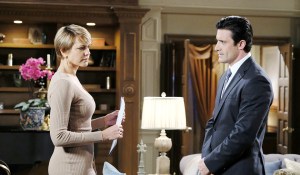 Kristen ignores her and thinks Stefan’s at the board meeting, probably preparing to fire her. Gabi lashes out and leaves. Ted arrives and tells her that Holly’s alive. Kristen acts surprised. Ted tells her Xander changed the results. Ted notes that she looks concerned, not happy. Kristen doesn’t want anyone to know. Ted’s confused. Kristen grabs a nearby fire poker and hits him with it and begins to laugh.

More: Soap alum passes away at 94 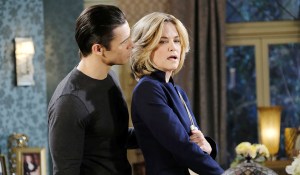 She complains about Xander delivering the diary to Maggie and asks if he told her where it came from. He didn’t. But wants a get out of jail free card from her.

More: Will Horton, Sonny Kiriakis history of love and heartache

The first wedding of the summer takes place.

Will and Sonny Remarry With Marlena...