Thursday June 13, 2019: On Days of our Lives today, Xander wants to help Sarah, but she doesn't want his help, and "Nicole" asks Stefan for a job. 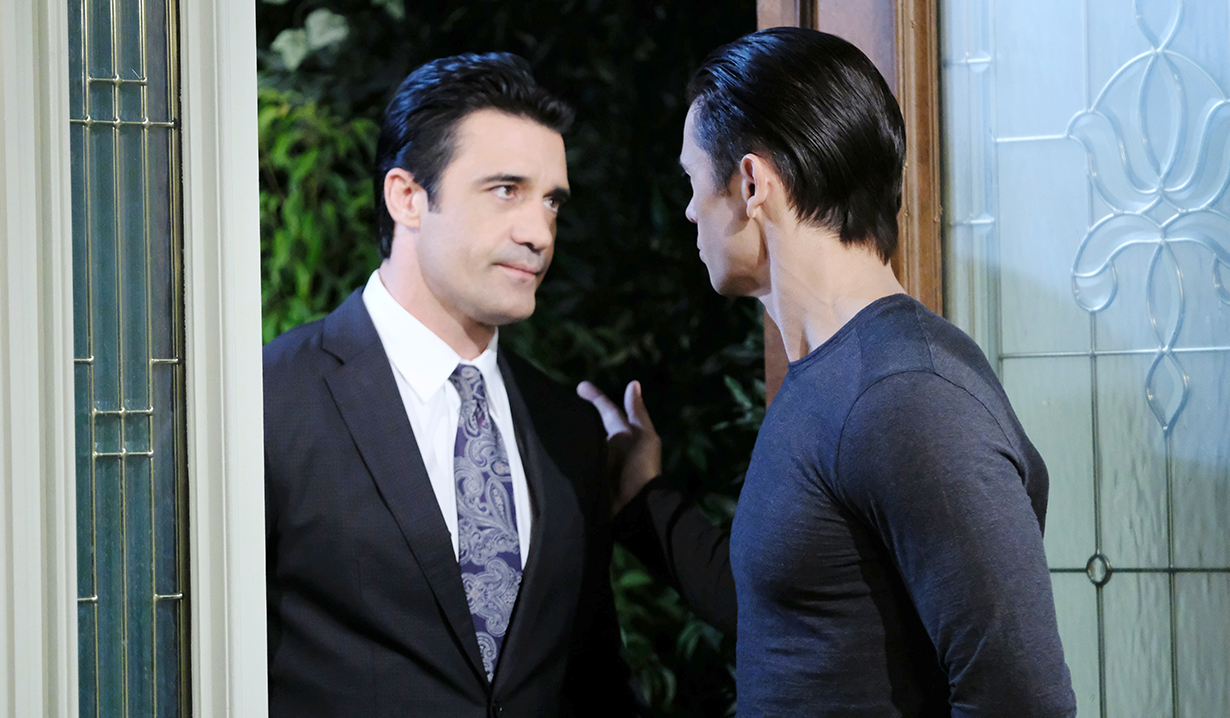 From outside of Doug’s Place, Hope leaves a message for Ciara to see how 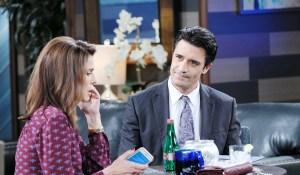 she’s doing and then tells Ted that Ben set her family’s cabin on fire. It puzzles Hope since there’s no motive. Ted just wants wine. He hands her the diamond bracelet. Since she’s almost divorced, will she accept it? She says no – never. That’s not her style. Ted looks hurt. They head inside and Ted meets Rex. They discuss Will being close to death and Xander almost absconding with Holly’s hospital files. Ted looks guilty while he flashes to Xander telling him that Holly’s alive. Hope calls Xander pure evil. Hope cuts her date short and takes off. Ted comes up with an idea to prove himself to Hope.

In the square, Maggie fills Victor in on her falling off the wagon. Victor asks if he drove her to it or Nicole. Mags takes responsibility. They agree to talk later. 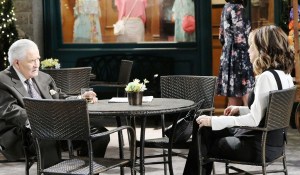 They profess their love and Brady takes Maggie home. Victor looks devastated. Kate appears and tells Victor that Will has days to live. He’s sorry. He tells her about Maggie’s relapse. Kate’s sorry. He’s not sure how to help or what to say. Kate went through it with Lucas and says Lucas fought intervention and almost died before he decided to get sober. Victor’s not comforted but Kate reminds him Maggie went to a meeting. It’s a good sign. Kate warns him to proceed cautiously. He jokes sadly that he hopes he doesn’t have to stop drinking.

At the Kiriakis mansion, Xander tells Sarah that she needs Dr. Rolf’s diary in order to save Will’s life and he can make it happen. Sarah asks why he cares. He tells her about bonding with Maggie and in return asks for “another roll in the hay.” Sarah smacks him and starts screaming that she doesn’t want his lips anywhere near her again. He thinks he loves her. Sarah laughs and calls him a con artist, greedy and self-absorbed. This is why he wants to get the journal for her. Maggie and Brady stroll in and Maggie thanks Xander for their talk and he asks how 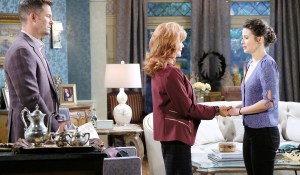 she’s feeling. She’s much better. He smiles and goes. Sarah’s baffled. Maggie reveals she fell off the wagon. Upstairs, Xander’s happy the journal has become so valuable. Does he sell it to the highest bidder or give it to Sarah to score points with her? Back downstairs, Sarah’s so sorry and hugs her mother. She thanks Brady for protecting and helping her mom and then delivers the terrible news about Will. Xander later answers the door to Ted. He asks if there’s any information out there to dispute Holly’s death. Xander says the proof is tucked away then kicks him out. Ted grins to himself and while Xander brings the journal to Maggie, Ted sneaks back inside and goes to Xander’s room.

Eric storms into his apartment and throws photos of Nicole around in anger.

“Nicole” arrives at the DiMera mansion. She thinks he should revive 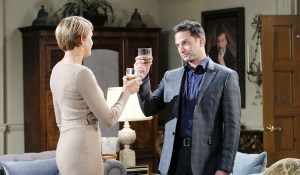 Basic Black and put her in charge. Stefan refuses. He doesn’t want to revive a company that’s already failed. “Nicole” thinks he owes her because of Holly’s death. Stefan thinks that’s a huge favor and calls her manipulative. They bond a little over hating Victor and she has a hard time hiding disappointment over Stefan hiring Abe as CCO. After some discussion, Stefan hires her. Once he leaves the room, Kristen talks to Stefano’s portrait about taking control of the family company.

At the hospital, Kate and Marlena discuss Will’s imminent death. 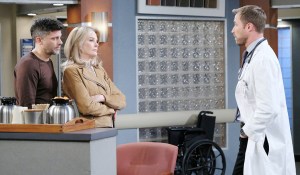 Kate says Lucas is on his way home and Marlena reveals Sami will be returning soon. The women bond over their sadness and embrace. Eric arrives to support his mom and then he mentions ruining his lack of chances for being with Nicole. They discuss this at length and Marlena thinks he should find love with Sarah. Rex pops up. Later, Hope turns up and they commiserate over all of the sadness they’re experiencing.

Throwback Thursday! On June 13, 2016, on Days of our Lives, Joey was shot trying to save Jade from the compound with Steve and Kayla, while JJ and Rory came to blows.

Kristen Knocks Ted Out With a Fire...