Xander Speculates That Tony DiMera Was Brought Back to Life

Wednesday June 12, 2019: On Days of our Lives today, Abe gets a job offer, Rex offers to lend an ear to Chloe regarding the way Stefan treated her, and Jennifer appeals to Jack to get Rolf's diary from Eve. 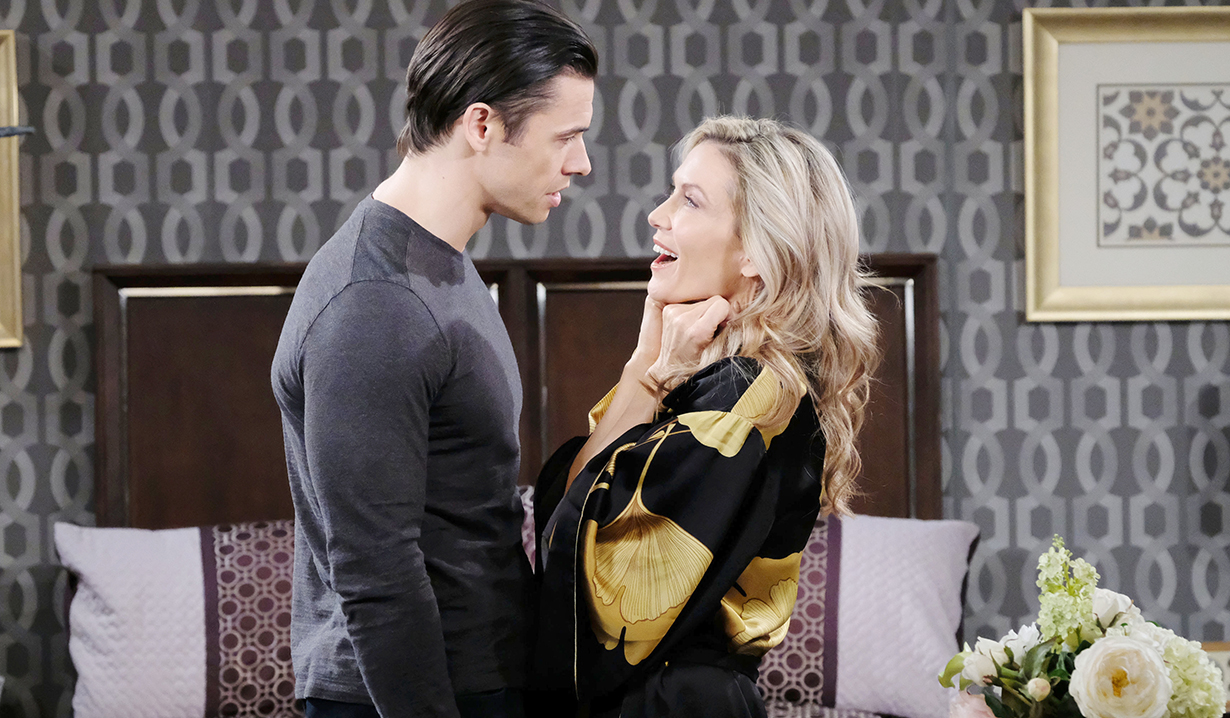 At Brady’s pub, Jack approaches Abe, looking for the former mayor to congratulate him in person for his new position. Abe purses his lips. Jack provokes Abe about all of the changes he’s made in a week – more than Abe has done in years. Abe comments on hearing that he arrested his son and then walks away.

At Kristen’s hotel room, Xander finds his phone. He wants to borrow Kristen’s charger but she barks at him. He calls her “very un-Nicole like.” Kristen says Nicole could be a bitch and “I can be as bitchy as I want.” Xander brings up Maggie seeing her. Kristen blames him. Xander asks how she handled Brady when he came to investigate. Kristen shrugs it off. Nobody will believe “that lush.” Xander yells, “That’s enough.” Maggie reminds him of his mother. Kristen ridicules her for being a drunk but Xander gets an idea – maybe Maggie will talk him up to Sarah. Kristen says her plan with Brady’s not working yet so they need to focus on getting DiMera back. Xander grins and talks about him pulling something similar off at Titan. EJ’s the only one who understood her wanting to get DiMera back in its glory days. That’s why they worked so hard to save him, but now he’s lost “to that shrew, Sami.” Kristen will have to go it alone. Xander asks, “Why go it alone? What about the others?” Jack was a smashing success and Eve paid him a lot to drop him “into her nasty little hands.” Kristen’s unhappy about that. Xander asks about WR, AV, and AD and SD. He asks for clarification if AD and SD are Andre and Stefano DiMera. Unless AD is Anthony DiMera. Kristen looks smug but doesn’t respond.

At Mandalay, Stefan stops Chloe but she only has contempt for 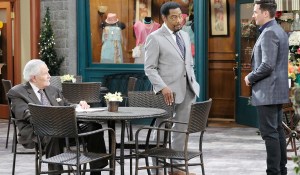 him and walks away. Behind Stefan, Victor claps at the performance. He says it’s great Stefan got away from Chloe. If he stuck around, she’d have ruined his life. They discuss business and how bad Stefan is in his personal life as well as his business life. Stefan calls Abe over and tells him about playing chess with Theo the other night. Abe’s happy. He’s considering visiting him. Stefan offers Abe a job at DiMera as Chief Communications Officer. Abe will consider it. He goes as Victor sneers that “that loser” won’t restore DiMera to its former glory.

At Eric’s, Sarah says to Rex that she hasn’t told Maggie about Will’s tumor yet. She’ll do it today but worries her mom can’t take another hit like that.

Maggie ices her head at the Kiriakis mansion and groans to Brady about falling off the wagon after 35 years plus sobriety. She brings up seeing Kristen. Brady assumes Maggie imagined the whole thing. Brady mentions seeing her snuggling with Xander on the sofa. They were both “schnockered” so he carried her to bed. Maggie begs his pardon. Xander surprised her by being very sweet. Brady cackles when Maggie calls him vulnerable deep down. She shares Xander’s painful upbringing. Brady implores her to keep her guard up with Xander. They’re about to head to a meeting when Sarah arrives. Maggie goes to get a handbag while Brady asks Sarah to wait on telling Will until they return from their AA meeting.

In Eve’s SPD office, Jennifer begs Eve to save Will’s life by 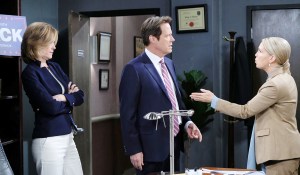 handing over Rolf’s journal. Eve kicks Jenn out but Jennifer refuses to leave. Jack arrives and Eve accuses Jennifer of hounding. Jenn explains that Eve’s keeping Rolf’s journal from him so he won’t get his memory back. Jack finds that ridiculous. Jenn appeals to Jack to talk to Eve about getting it back to save Will’s life. She goes and Jack demands the truth. Eve insists she doesn’t have the diary but is wary of him using the serum anyway because she doesn’t want him to get a brain tumor. Jack’s glad there are no lies between them that could shatter their relationship.

Rex finds Chloe taking out her frustrations on the silverware at 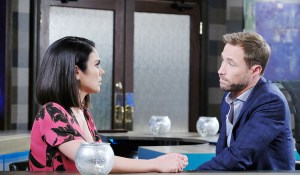 Doug’s Place. She talks about Stefan cheating and then cries over Holly. Rex comforts her and hates to tell her but confesses that Will Horton’s dying. Rex calls Sarah and she admits she hasn’t told her mom about Will. She hopes for a miracle. They disconnect and Xander arrives home. He’s the miracle Sarah needs.

At the park, Abe meets Jenn. They discuss his job offer, which stuns Jenn.

At home, Stefan’s surprised to see “Nicole” at his door.

Ted comes up with an idea on how to make Hope look at him in a new light.