Will Asks Sonny to Marry Him Before He Dies

Monday June 10, 2019: On Days of our Lives today, Ben is arrested for a crime he did not commit, Sonny threatens Eve's life, and Will has accepted death is imminent. 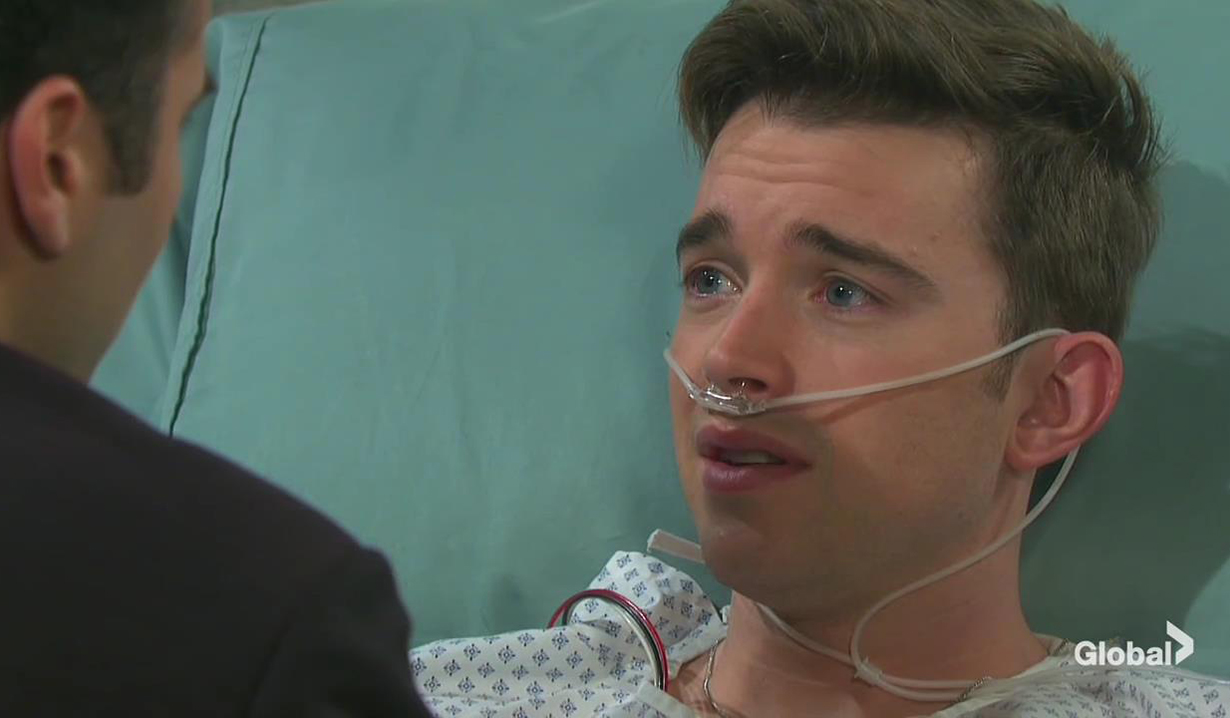 Lani kisses Rafe in his kitchen and pushes her away. He asks where this came from. She says they’re both free. They can be together. 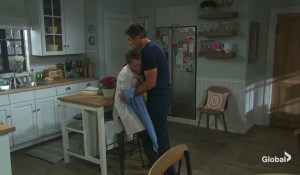 “You, me and David.” Rafe admits he was self-involved and is sorry he didn’t see how this was affecting her. He thinks this is because of David’s loss. Lani has a meltdown. “David’s not your baby and he never will be. He’s Jordan’s.” Lani says she may never get out of the psych ward and Ben’s a murderer. Neither can care for David. Rafe clarifies that there’s no family here. “It’s fantasy.” To her, it’s real, she cries. Why can’t he see that? Her love for David is real and she knows he loves her. “I have so much love to give my little boy,” she says, before realizing David’s not her kid. Rafe hugs her as she sobs and apologizes. She says a loving goodbye to David and Rafe encourages her to try to get back together with Eli.

In the park, Ciara’s rocked to hear that Ben threatened to strangle Rory. Eli turns up and starts asking questions. Ciara crosses her arms and haughtily declares that “Ben would never do that.” She thinks Rory’s high and paranoid. Eli demands answers from Rory, who tells him Ben’s at the Horton Cabin. Eli runs off to find him while Ciara asks more questions. Rory calls Weston a psycho and Ciara blows a gasket and swats him. Rory dashes away. 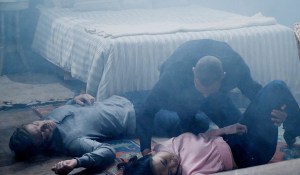 Claire starts a fire in the woodpile at the Horton Cabin and burns Haley and Tripp’s fake passports in it. She takes off and Tripp and Haley smell smoke and assume it’s coming from a campfire. Ben turns up and coughs as he gets close to the fire. He finds the lighter and picks it up with a hankie. “Claire, what the hell have you done?” he asks. Inside, Tripp and Haley finally realize the cabin’s on fire. Eli arrives with two officers. Ben tells 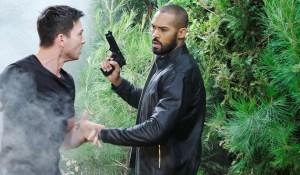 them about the two trapped inside and he has the officers cart Ben off while inside, Haley runs for the back door and hits her head on a round table and falls unconscious. Later, Eli drags them outside and starts CPR on Haley while Tripp coughs up a lung.

In the hospital, Kate’s crying after being told her grandson has days to live. Roman tries to calm her as Kate talks about a lawsuit against Kayla, thinking she’s not going to fight for him. 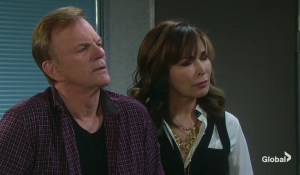 Sonny arrives and they all agree they need to find the notebook but Sonny calls Eve a dead end. Will wakes up and tells them to accept he’s going to die. He has. He wants Kate to call his father. She cries and kisses him and goes to call Lucas. Roman tells Will he loves him and follows while Will lets Sonny know he doesn’t regret taking Rolf’s serum for a moment since it brought him back to Sonny. They profess their love sweetly as Will caresses Sonny’s jacket. He asks Sonny to marry him again. Sonny cries. In the waiting room, Kate thinks she should talk to Eve. In the meantime, Roman suggests they lean on each other.

Ben’s brought into SPD and Eve looks thrilled. A cop hands her the lighter he was holding and she says she’ll take it from here. She takes a statement and Ben tells Eve that Claire set the fire and the one that almost killed Ciara. He tells Eve about Claire almost setting fire to Tripp’s clothing with the lighter and opens up about being hypnotized by Marlena and remembering hearing Claire’s cell phone ring tone at the first cabin fire.  “Sounds to me as if the cheese is sliding off the cracker,” the police commissioner says to the mentally ill man. She calls him a freak, a delusional psychopath and says he’ll pay for what he did to her daughter.

Ciara finds Claire at Mandalay. Ciara asks if she knows where 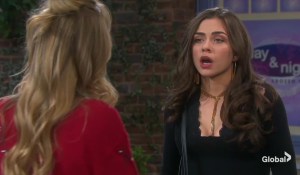 Ben is. Claire doesn’t. Ciara decides to go to Smith Island but Claire stops her and won’t let her. It could be dangerous. Ciara can’t get past something not being right. Claire says yeah, something’s not right with Ben. 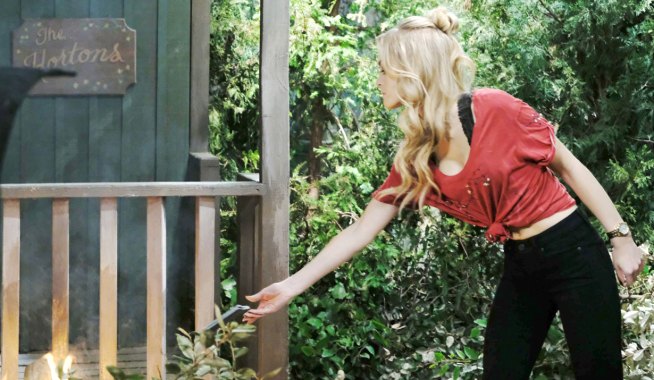