Wednesday June 5, 2019: On Days of our Lives today, Eli and Lani break up, Claire and Eve discuss planting evidence on Ben to set him up for the cabin fire, and Will asks Marlena to call Sami since he's dying. 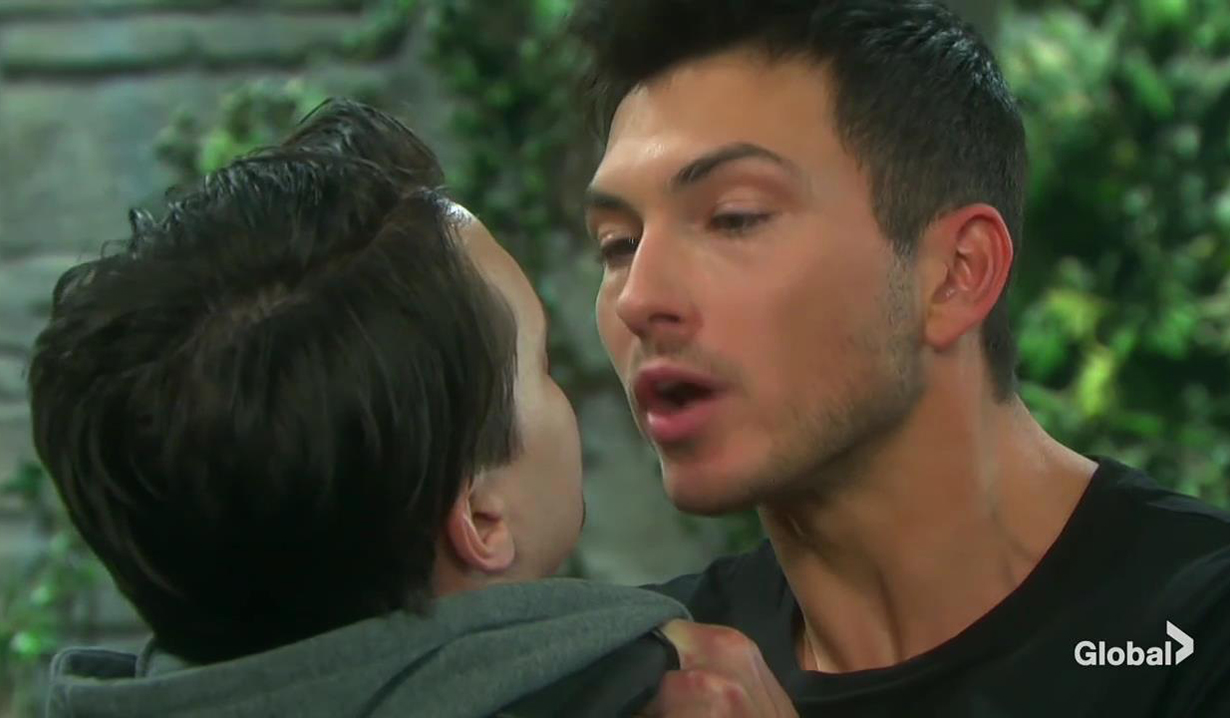 Rafe arrives home without the sling on his arm. The doctor 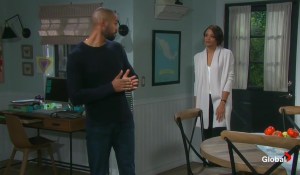 told him his arm’s fully functioning but he needs rehab. He spins Lani around and says she can get on with her life. Lani’s taken aback. He only needs her for babysitting now. The baby cries and Lani chomps at the bit, trying to grab him but Rafe takes him into another room. Eli arrives. He is happy to hear Rafe’s arm is better and hopes it means Lani will put him first now. Lani doesn’t want to mess up David’s routine. They argue about how much time she’s spending with the baby and Eli thinks she’s made her choice so he makes one. He dumps her. She agrees – they’re over. Once he’s gone, and Rafe has returned, she fills him in on the break-up. Rafe’s sorry to hear about it but Lani’s not. She leans in and kisses Rafe tenderly.

At the hospital, Sonny tells John that Will is dying, while in his room, Will shares the same news with Marlena and says he has days to live. Marlena tries to process the news. 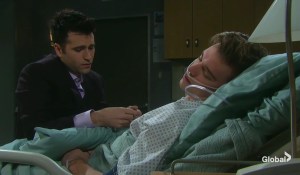 His parents will need to be told. Will gets a pain in his head and Marlena holds his hand as he breathes through it. In tears, he asks his grandma to call Sami. Back in the waiting room, John’s speechless. Sonny explains that Rolf’s serum is the problem. John dries tears and informs Sonny about his suspicions that Eve stole the diary from Seth Burns’ office. The problem is, she won’t confess. Marlena approaches. Sonny goes to sit with Will while John and Marlena discuss the news. John hugs Marlena as she cries. Marlena calls Sami and leaves a message to call back immediately.

At the Horton cabin on Smith Island, Tripp and Haley pack as Haley worries about what Claire will do when she learns he’s going away with her. Tripp doesn’t want Haley to worry about that. She appreciates all he has done for her.

At Mandalay, Ben hears Claire’s ringtone and realizes it’s the same one he heard at the cabin fire. Ben stares at Claire as it dawns on him that she’s the firestarter. Claire notices and goes to call Eve to share that she thinks Ben suspects her. Eve asks how, and Claire isn’t sure. He almost caught her trying to torch Tripp’s clothes. Eve looks pained. She asks for the lighter so she can plant it on Ben. Claire can’t leave her shift so Eve will come to her. Back at the table, Ciara can see something is eating away at Ben and asks what gives. He says nothing.

Back at the park, Claire bumps into Rory and his fake passports fall. Claire introduces herself. He remembers she’s JJ’s cousin. Claire picks up the passports and sees Tripp’s name on one. She has a meltdown, wanting to know if Tripp’s going away with Haley. Rory fills her in on the plan changes. He has to run to catch the ferry to Smith Island. Claire realizes they’re at the Horton cabin. She offers to bring the passports to Tripp.

Eve drops by Mandalay and taunts Ben. She tells him to enjoy his freedom while it lasts. She plans on doing everything in her power to lock him up. Ben keeps his head down and once Eve leaves, Ciara feels a burning need to defend her man and runs after her.

Ben watches Claire take off with the passports and stops Rory. He needs to know where Claire went. Rory refuses to say until Ben introduces himself. Rory goes pale. “You killed Paige.” Ben uses Rory’s fear to get him to spill. When Rory asks what Ben will do to him if he doesn’t help, Ben grabs him by the lapels and threatens to strangle him. 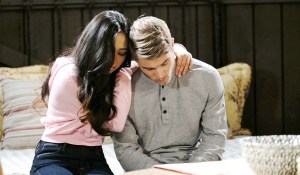 Back at the Horton cabin, Tripp and Haley continue discussing Claire and how he hates to hurt her. Haley feels bad and sits on the bed and puts an arm around him. Claire appears at the window and spies. Her jealousy gets the better of her, seeing Tripp and Haley hugging and talks to herself in her mind, thinking Tripp’s a liar and she’s stupid. She sets fire to some logs in front of the cabin. 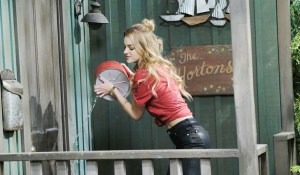 Eve races to Brady’s pub. She can’t find Claire and sends a text asking where she went. Ciara finds her and confronts her about being rude to Ben. Eve reminds Ciara she’s dating a serial killer and that he set the cabin fire. Ciara says he didn’t set the fire. Eve plans on proving it.

Eve returns to SPD and leaves Claire a message to call her. She’s worried about her sanity. Sonny interrupts and demands she give him Rolf’s diary.

Ciara finds Rory high at the park. She comments on him smelling like weed and he tells her it’s medicinal. He’s anxious because the Necktie Killer just threatened to strangle him.

Days of our Lives will be pre-empted.

Days of our Lives Pre-empted Due to...