Jack Blackmails JJ Into Turning Himself and Haley In

Tuesday June 4, 2019: On Days of our Lives today, Jack has an offer for his son, Marlena talks to Claire about her behavior, and Ben and Ciara remain at odds over Claire. 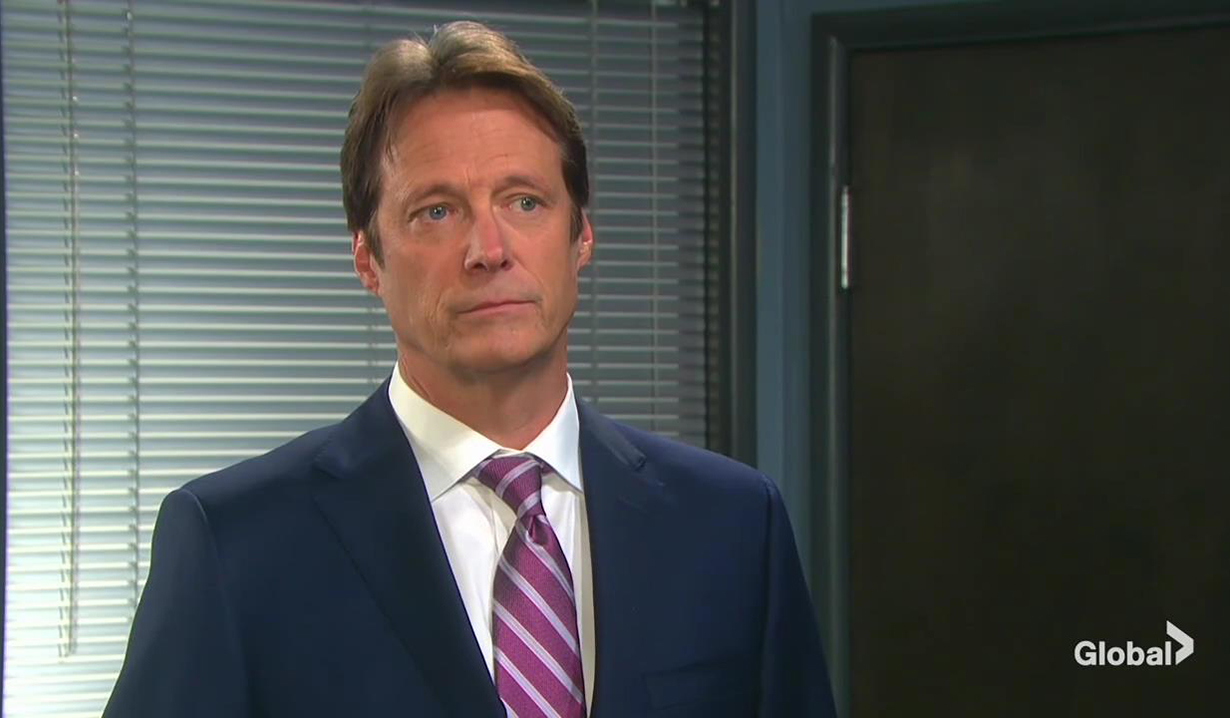 Ciara wakes Ben up at the DiMera mansion. He fell asleep at Stefan’s desk and had a nightmare about the cabin fire. Ciara still cannot believe Claire’s the one who set it. Ciara rubs Ben’s neck and he tells her he’s having another session with Marlena. 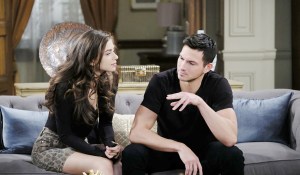 Ciara thought they agreed to let this go. Ben can’t. He shares the memory he had from his last hypnosis and hums the tune he heard.

At the Horton Cabin on Smith Island, Tripp, Haley, and JJ have heard Rory’s been arrested. At least they have the fake passports.

Eve shuttles Rory into the SPD interrogation room with Jennifer and takes off to find Jack. Jack hopes that they get some information about JJ out of one of them and then flashes a paper in Eve’s face. Later, he calls JJ using Jennifer’s cell phone.

From the loft, Claire calls Tripp and leaves a message, 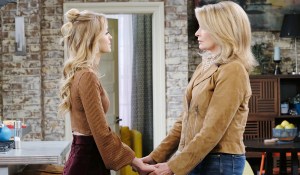 wondering why he didn’t return home last night. Marlena shows up and asks how things are going. Claire opens up about the break-up and cries a little as she admits it’s her fault. She reveals her part in Haley’s deportation. Marlena’s shocked. They discuss Claire’s self-esteem issues and Marlena laments that they should have been talking during this whole mess. Marlena notices Maggie’s figurine and Claire admits she smashed it and Ciara fixed it for her. That concerns Marlena. She talks about Ciara taking off on her motorbike that time when she found Tripp with Claire and that Claire admitted she might have been subconsciously trying to hurt Ciara. As she talks, Claire flashes to setting the fire at the cabin and blurts that she needs to tell her something.

At the hospital, Will’s working on a story for The Spectator 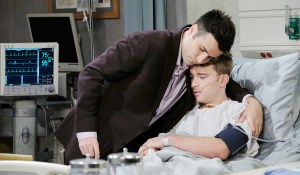 about Jennifer’s arrest. It could be his last story. He needs his computer. Instead, Sonny takes his pad of paper and helps by asking questions about Jennifer’s assault case. As Will gives him information, he forgets names and words. Sonny thinks he should “write something where there’s less to remember.” Will says, “Like what? My will?”

More: Days blog on Will tumor causing a mean streak

Back at the cabin, JJ picks up his phone, surprised to hear Jack’s voice. Jack explains that Jenn’s been arrested. 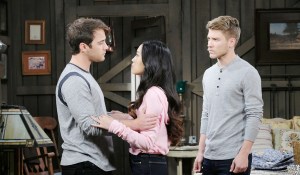 She aided and abetted a fugitive by helping Tripp escape with passports and JJ’s her only hope in staying out of jail. Jack offers a deal. JJ and Haley can turn themselves in and he’ll drop charges against Jennifer. JJ yells, “That’s blackmail, you SOB!” They disconnect and JJ suggests he return to Salem and Tripp take Haley to Toronto. JJ will come for her later. Tripp calls Claire.

Back at SPD, Rory tells Jenn he can’t help her because he hasn’t seen JJ in years. Jennifer says maybe she can offer him money, just as Eve walks in. Eve thinks this is great. They can get Jenn on bribery, too. Jack appears. He fills Jenn and Rory in on his call with JJ, admitting he eavesdropped on Rory’s call to his lawyer. Jenn calls that illegal but Jack points out that Rory called JJ. Jack took her cell phone and called him and tried to make a deal. Jenn’s angry. Moments later, JJ turns up alone. He wants charges against Jenn dropped before he talks about Haley. In her office, Eve tells Rory he’s free to go since charges were dropped. He wants his weed back. She doesn’t know what to do and becomes unhinged when someone calls. Later, Jack, who has left the interrogation room, says Jenn’s free to go. He asks JJ where Haley is and JJ tells his dad to go to hell. Jack asks a nearby cop to cuff JJ.

Back at the loft, Claire takes Tripp’s call. He lies that he’s taking off to see his dad for a few days. They disconnect and Claire is thrilled. She decides not to tell Marlena the truth. Marlena comments on her ringtone. Claire says she composed it. It’s original. Marlena looks disconcerted.

Back at the cabin, Tripp tells Haley he needs a fake passport. They throw ideas around.

Back at the hospital, Will lashes out at Sonny. They argue about whether 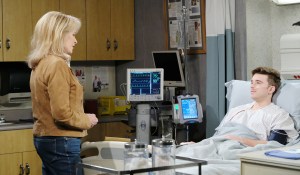 Will should write this article. Will apologizes. They hug sadly as Marlena walks in. Will lets her know he’s dying and has days to live. Marlena’s mouth opens and closes in shock.

At Mandalay, Claire overhears Ciara telling Ben to go see Marlena but to please “stop making it be Claire.” Claire calls Eve for help to pin the cabin fire on Ben. Later, she takes Ben and Ciara’s order. When her cell phone rings, Ben flashes to hearing the music at the fire and realizes Claire’s the firestarter.

Eli breaks things off with Lani.

Drunken Xander and Maggie Bond Over...