Wednesday May 29, 2019: On Days of our Lives today, JJ's escape plan hits several snags, Claire hopes Tripp will forgive her, and John and Marlena zero in on Eve. 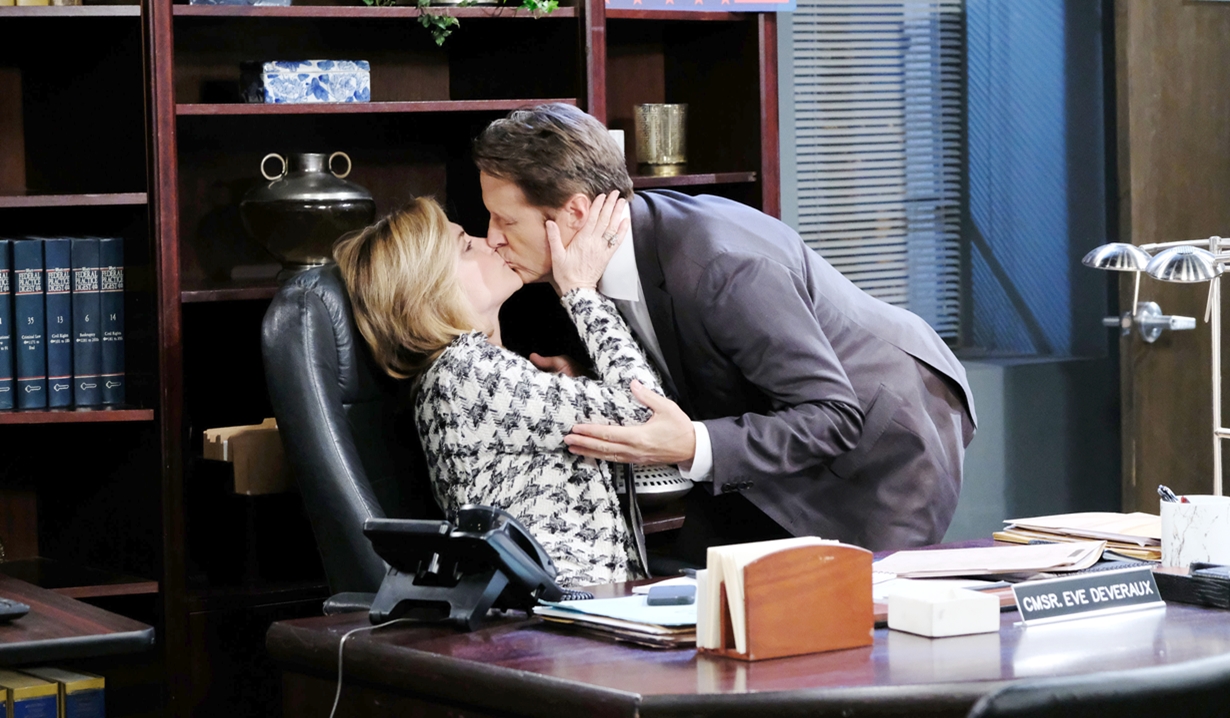 Jack joins Eve in her office at SPD and asks about the search for Haley. Eve reminds him if they find her, JJ will be charged. Jack says his son made his choice. He glances at her desk, then asks why she’s obsessing over Ben. Eve hisses that he murdered her daughter. Jack wants to focus on Haley. Eve intends to bring Ben down. Jack worries she’ll frame Ben and wants the truth. Eve confesses Ben didn’t torch the cabin, but she knows who did. 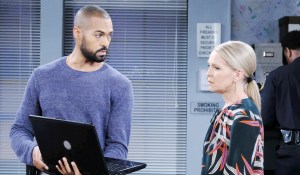 Jack needs to know who, but Eve thinks it’s better he doesn’t and adds she needs to get a serial killer off the streets – she needs closure. Jack agrees – go ahead and fry him. Elsewhere, Eli updates Jennifer that they’re checking some of JJ’s old friends and mentions Rory. Jennifer doubts her son would reach out to the loser but identifies him in a photo.

In the cabin, JJ frets over Rory getting their fake passports. Rory calls and advises JJ that he and Haley are now Mr. and Mrs. Manheim. They discuss the need for disguises. Later, JJ and Haley go through a trunk, try on wigs, and kiss. Rory calls again – he’s headed to the ferry. 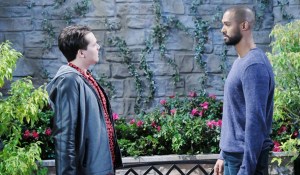 In the park, Rory, (played by Kevin Riggin), bumps into Eli, who asks if he’s heard from JJ Deveraux. Rory sneers that he hasn’t heard from him in years, since he became a cop. Eli wants to look in his bag. Rory retorts he doesn’t have probable cause, but Eli smells weed. Rory hands over the bag, noting he’s cooperating. Eli finds his pot and takes him in. Rory ditches the passports behind a tree.

At the DiMera mansion, Ben’s upset about the Holly situation and can’t go to dinner with Ciara. She’ll stay while he works and pulls out Maggie’s figurines Claire broke to try and fix them. After gluing one, she and Ben admire her handiwork. 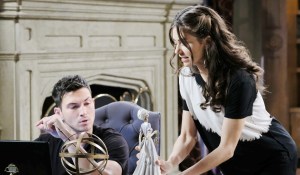 Ciara mentions that Eve is the new commissioner and Ben is gravely concerned. As Ciara works to remove some excess glue, Ben smells something familiar. Ciara says it’s nail polish remover. Ben recalls smelling it at the loft – Claire denied it and snapped when he joked about her torching Tripp’s clothes. He brings up the lighter and Claire’s strange behavior, then asks Ciara if it’s possible Claire set the fire that almost killed her. Ciara insists Claire’s not capable of murder. Ben points out he didn’t think he was either. Ciara reminds him he was mentally ill. Ben says maybe she is too. She refuses to entertain this and takes off.

At the loft, Claire muses to Tripp that she can’t imagine how JJ and Haley are eluding the police. She hints that he helped them get away. Tripp’s not up for discussing it with her. 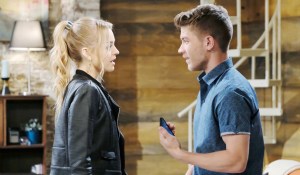 Claire insists she’s there to help if they get in touch with Tripp. He picks up a sock and smells a chemical on it. Claire lies that she spilled nail polish remover while doing his laundry. She’s been shaky and even dropped Maggie’s figurines. Tripp concedes what he asked of Claire wasn’t fair, but he’s not sure they’d ever get back together.

At the Brady Pub, Marlena ends a call from Will then tells John he had another episode. 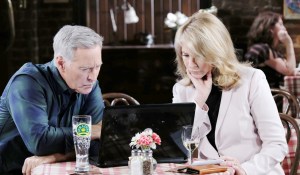 John has no information on the formula yet. Marlena has an idea of how to find it. They get on the laptop so John can view footage of the office where Rolf’s diary was last seen. On the footage, they see Eve Donovan. Later, Marlena takes a call from Ben, who needs her help.

More: Young and Restless actress in a comedy

At the SPD, Eli advises Rory to call his lawyer when he won’t answer questions. 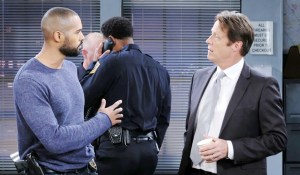 Eli exits the interrogation room, where Jack wants an update. Meanwhile, Rory calls JJ and tells him about the passports. Elsewhere, Jennifer appeals to Eli, who allows her to quickly speak to Rory. She begs Rory to disclose JJ’s whereabouts if he knows. In her office, Eve mutters to herself about Ben. John enters and she mentions criminals getting what they deserve. John thinks she should start with herself.

At the loft, Tripp steps out to take JJ’s call. He agrees to get the passports as JJ warns to be careful he’s not followed. Inside, Claire answers a call from Eve, who asks her to bring her the lighter she used to start the fire. Later, Claire’s rushing out when Ciara appears and quips, “Hey! Where’s the fire?” Claire looks stunned.

At the cabin, JJ tries to reassure Haley that Tripp will get them the passports. He says, “Toronto here we come.” They kiss.

In the park, Tripp locates the envelope, but the passports are missing. He’s searching frantically when Jack appears, holding them, and asks, “Looking for these?”

Ben wants Marlena to hypnotize him.

Under Hypnosis, Ben Recalls a...