Jack’s Fires Hope After Becoming Mayor, While JJ & Haley Go on the Run

Thursday May 16, 2019: On Days of our Lives today, Haley hears the story of how Melinda became pregnant with her, Hope and Ted are let go from SPD, Claire comes clean with Ciara, and Hope signs divorce papers. 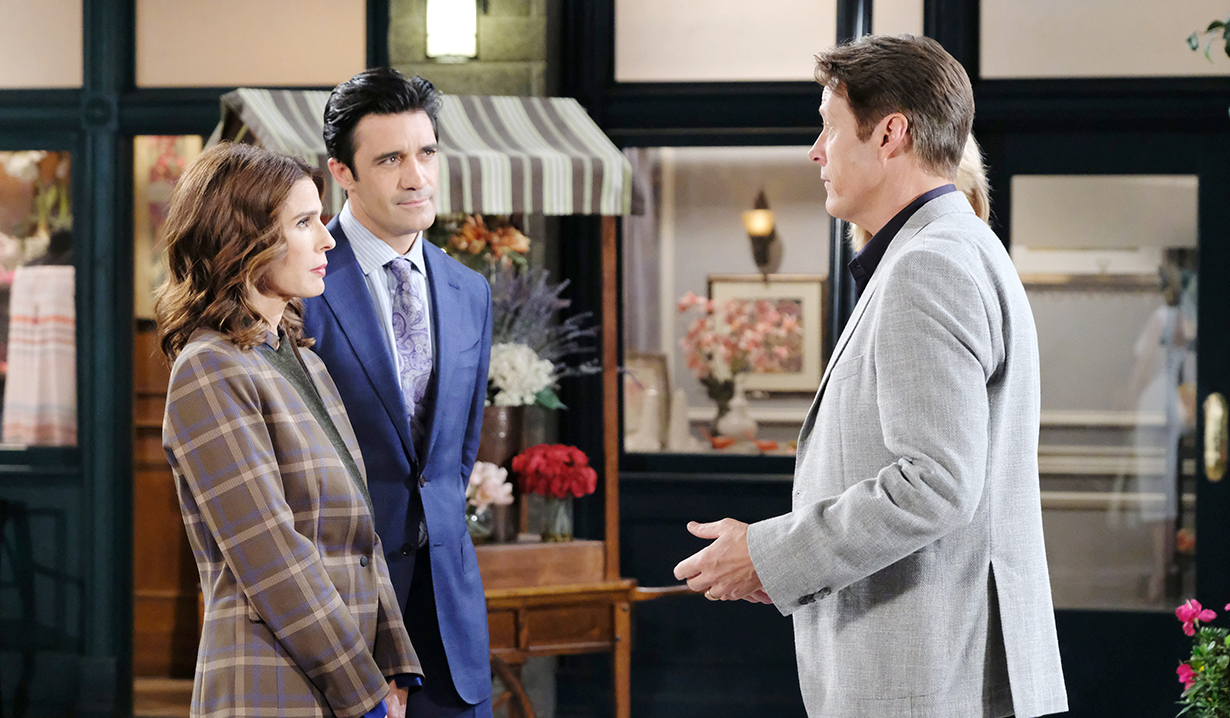 Ted finds Hope in her office. ICE is there to escort Haley to her deportation. He knows she was hoping for a different outcome. She was. She tells him about divorcing Rafe. 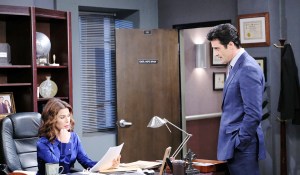 Ted’s sorry. Hope finds that disingenuous but Ted doesn’t find pleasure in her pain. He invites her to dinner. She agrees if they don’t talk – at all. In the interrogation room, Haley reels from Melinda’s confession that she’s her mother. She wants answers. JJ’s quiet while Melinda explains that she became pregnant from a local boy from a prominent family. She hid her pregnancy and had trouble admitting this even to herself. Her mom walked in on her dressing and saw for herself. The guy was already promised to marry another and it’d have been a terrible scandal if it was found out. He still doesn’t know. Papa shamed her and refused her to be a mother to her child. He wanted to throw her in the street but Mama announced her pregnancy. 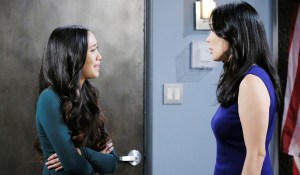 Melinda went to her mother’s friend’s house in the south and she stayed there until the birth. Melinda apologizes and cries. Haley asks why she never told her. JJ leaves as Melinda says she’s proud of her kid. If that’s so then she could have been a citizen too. JJ returns with Agent Smith and asks if Haley can stay now that she knows Melinda’s her mom. Smith says no. “Goodbye…mom,” says Haley and they’re all escorted out by another ICE agent, (played by Alex Daniels). Melinda breaks down in tears.

More: Days column on the lack of cops at SPD

At Brady’s pub, Abe and Jennifer commiserate over their loss since they just learned Jack has become mayor. Abe calls Jack to concede. Later, Jenn’s gone and outside, Abe talks to Lexi. He calls it a bad night for them and wishes she was there. Kayla walks out and offers to buy a drink. She’s sorry about the election. They head inside and talk about the election and Steve, though she’s no news on him. They drink to good friends.

In bed at Salem Inn, Jack and Eve celebrate – he’s the mayor. 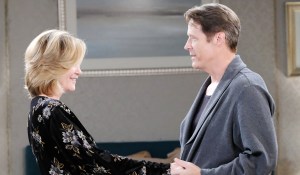 They kiss and cheer. Abe calls Jack and concedes the race and hopes he decides to do right by the people of Salem who deserve an honorable mayor who will always put them first. Jack shouts that he’s got to go to his victory party and disconnects. Eve and Jack go shower together.

At the Kiriakis mansion, Claire wanders about and talks to herself about Tripp dumping her. She smashes a few of Maggie’s figurines. Ciara pokes her head in and stops 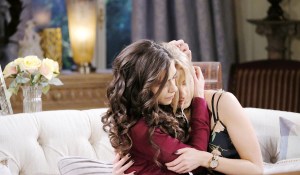 her from breaking another. She’s there to see Grandpa and asks what’s going on. Claire fills her in on the break-up and sobs on her shoulder. Ciara thinks it’s unfair of Tripp to put her in that situation to begin with. She feels as if she’s missing something. “Claire, did you do something?” Claire admits to giving the secret recording to Eve with Tripp revealing his marriage was a sham. Ciara’s sorry. They clean up the mess and wonder if they can glue some of them together. Claire starts to tell Ciara she’s done some other really horrible things, even to Ciara…Ciara knows and says it’s in the past. They hug.

Hope is rude to Eve and Jack when she comes upon them at the square. She calls them inhuman and tells them to think about Haley alone, heading back to China as they drink their cheap champagne. Jack boasts that he’ll be thinking that he already fulfilled his first campaign promise moments after his victory. Jack says she’s fired as soon as he takes over. Hope grins. Ted scoffs but Eve agrees with Jack. Ted declares if Hope’s out, so is he. Jack thinks it’s a shame since he thought they could work together. He doesn’t fight it. Later, JJ and Haley appear and Haley says goodbye to JJ, calling him the best thing that’s ever happened in her life. Tripp appears with her belongings and Smith rants, wondering why he’d care. JJ shoves everyone and grabs Haley’s arm and they race out of the square with Tripp grinning.

At Doug’s Place, Ted feels responsible for her firing but Hope knows Jack would have fired her anyway. She laments the loss of her marriage and signs the papers.

Jenn finds Melinda in the park with a gun…

A secret is revealed…

Remember when? On this day, May 16, 2012, on Days of our Lives Sami didn’t handle it well when Will came out as gay, but received good advice from EJ.