Hope Notices Rafe Removed His Wedding Band and Is Devastated

Monday May 13, 2019: On Days of our Lives today, Rafe mopes, Eric's morose, Xander finds Nicole and gives his condolences over her kid's "death," and Ciara begs Lani to give Ben a chance. 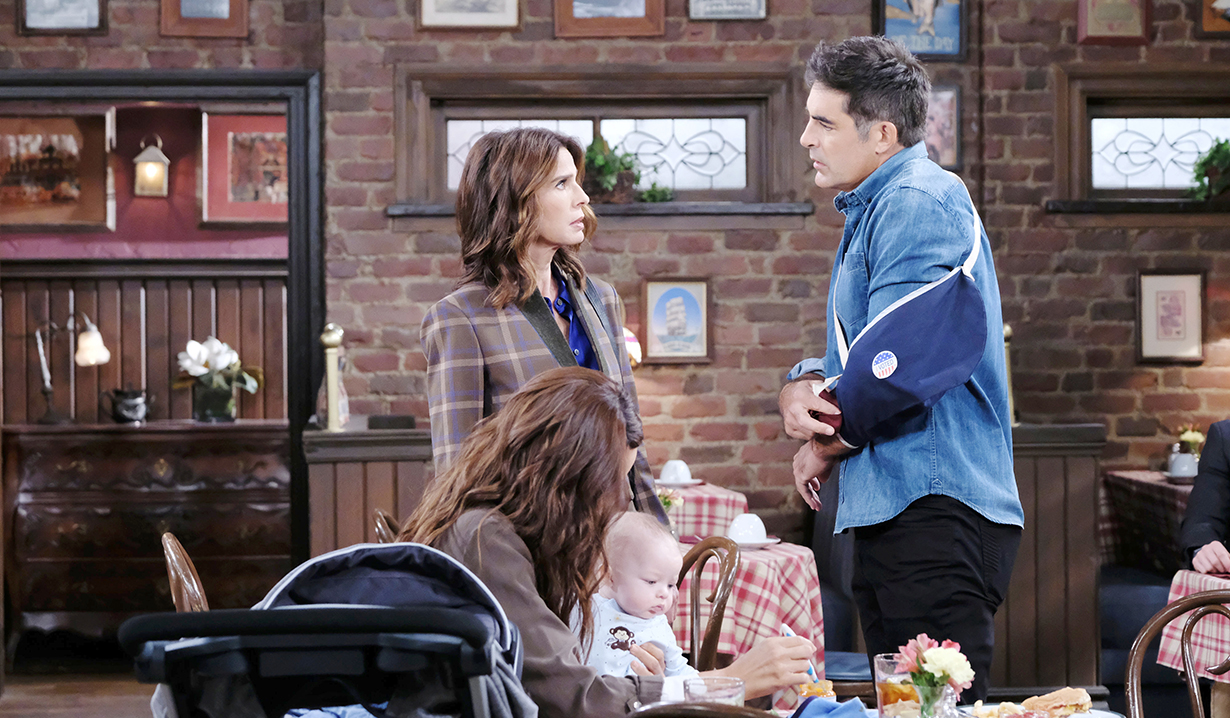 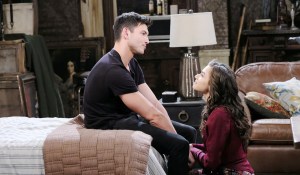 statement so they can close Holly’s case. Ciara continues to tell him the child’s “death” wasn’t his fault. They embrace. She encourages him to actively seek a part in David’s life so he can teach him how to use chopsticks and ride a motorcycle.

Outside at Rafe’s, he doesn’t hear David crying as he flashes to learning about Holly’s “death.” Lani appears and takes the kid. 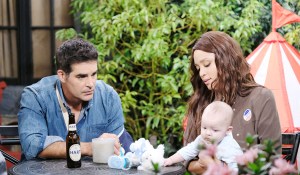 He opens up about his guilt. Lani tells him this wasn’t his fault. They go over this ad nauseam until Rafe confesses Hope suspended him. Lani’s sorry. Rafe professes that his marriage is over. Lani refuses to let him wallow so they decide to go vote and buy a hot dog. Rafe goes to change the kid and Ciara pops in to ask if her boyfriend can spend more time with David. Lani isn’t sure that’s a good idea. Ciara says this isn’t her call. Lani reminds her that this is coming from Jordan. 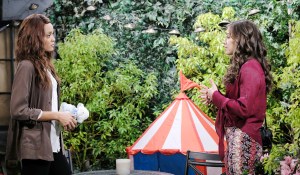 Ciara suggests they go behind Jordan’s back. Lani nixes that then lies that David has a fever so Ciara will leave.

At SPD, Ted flashes to Xander admitting he faked Holly’s death. Ted doesn’t trust his word so calls someone to ask for a positive ID on the two bodies in the morgue. In her office, Hope twists her wedding rings and flashes to her and Rafe discussing divorce. She comes in on Ted during his call and questions him. Ted says he had a clear view of the kidnapper and is positive the child was Holly. Later, Ben finds his statement and is about to sign when he finds Xander Kiriakis’ file. Ted strolls in and Ben questions what Xander has to do with Holly’s death. Ted brushes him off, Ben signs the document and takes off.

Xander strides into Kiriakis mansion, thrilled that his wife is alive. He kisses Nicole hard. She pulls away and spits that he’s disgusting. Xander claims he came to give Victor his condolences over Holly’s death. He tells Nic he’s sorry for her loss. He remembers telling Holly bedtime stories and calls them a happy little family. Nicole retorts that they were his prisoners but she now holds all the cards since she has the tape of her confessing to killing Deimos. Xander grins and fishes it out of his pocket. He found it in the fire. He claims he was going to give it back to Uncle Vic as a peace offering but has changed his mind. Nicole demands a divorce. She runs out and Brady tries to barter with Xander for the tape.

Eric mopes around his apartment. Sarah arrives. She needs a file on Will’s 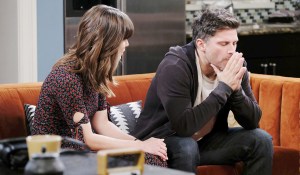 treatment from Rex’s room. Eric lets her in and whines about Nicole blaming him for Holly’s death. Sarah knows Nicole’s grieving and lashing out because she’s trying to make sense of something that will never make sense. Talk turns to Rex and Eric’s surprised Sarah still plans on marrying him. She says they’ll put it off for a while. They hold hands and she looks at him like he’s a Happy Meal.

At the pub, Lani, David, and Rafe are eating when Hope sees Lani wipe food off of Rafe’s face. She heads over and notices that Rafe’s not wearing his wedding ring. Upset, she runs out.

At the park, Ciara tells Ben about her discussion with Lani and David’s ‘fever’. 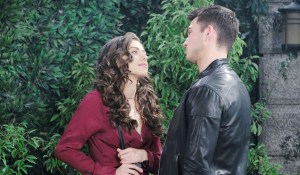 They’ll wait a few days to talk to her again. Ben, in turn, reveals Ted’s strange behavior at SPD.

On a walk, Ciara and Ben see Lani and Rafe with David. Ciara comments that Lani must have been lying about the kid’s fever.

From SPD, Hope calls Belle to get her divorce proceedings started as Ted watches, grinning.

Sarah appears on Nicole’s doorstep at Salem Inn and Nicole bursts into tears.

The cause of Will’s tumor is revealed.

Haley Confesses Her Marriage Is a...

Will's Tumor May Be Caused by Rolf's...