Friday May 10, 2019: On Days of our Lives today, Nicole catches Maggie with booze, Abe comforts Nicole, Brady has a moment with Eric, and Jennifer tells Jack off. 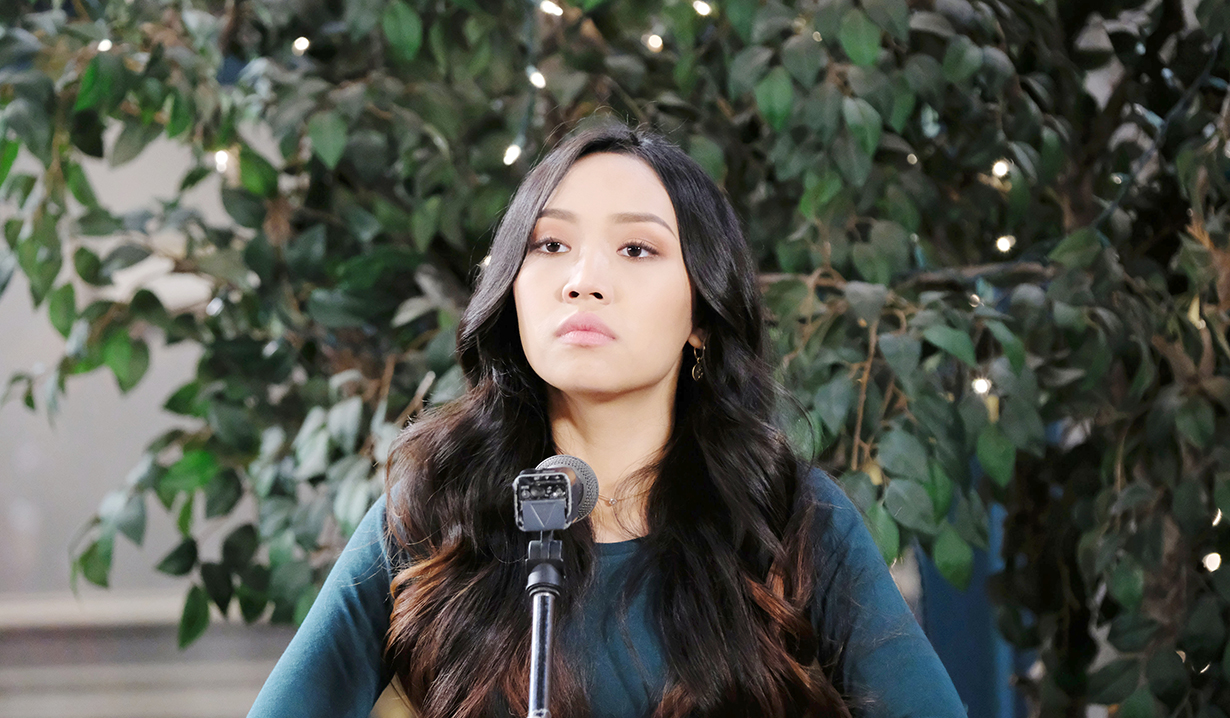 In the park, Eric tells Brady that Nicole walked out on him. Nearby, Claire offers to wait for as long as it takes to be with Tripp because she loves him. She apologizes for “being so horrible.” Tripp places blame upon himself. They embrace just as Melinda walks up. She chastises them for being public about their feelings and then reveals she’s the one who destroyed the video Eve tried to play at the debate of them making love. Tripp trips over his words. He didn’t know there was a video.

More: Soap characters who returned from the dead 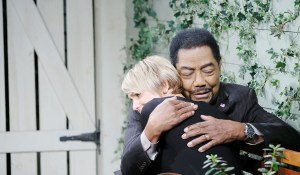 He hugs her, so sorry for her loss. She tells him Holly was her life. Abe says so many love Nic. He asks her inside to talk. Inside, Maggie sobs on a call to someone about Holly’s passing. She wrings her hands and orders a vodka, but can’t get it to her lips. Nicole and Abe appear. He leaves the women to cry. Nicole admits she blames Eric for what happened to Holly. Maggie explains why Eric decided to let Chloe have custody. Nicole’s surprised to hear Brady tried to get Holly away from Chloe. Mags shares the story. Nicole starts coughing and goes to drink Maggie’s drink. She gets a whiff of it and widens her eyes. “Maggie. This is vodka.” Maggie ordered it in a moment of weakness but cries that she hasn’t had any. She doesn’t want to attend a meeting so Nicole takes her home.

In the hospital, JJ and Haley are thrown when Eve plays the tape Claire made admitting to having a sham for a marriage. Eve gloats. JJ calls it fake but Eve contradicts him. She wants Haley to come clean and in exchange, she’ll keep the tape quiet.

JJ asks why she doesn’t spill the tape and Eve claims she doesn’t want to hurt Tripp or Claire. The polls don’t close until 9:00 PM. Eve will call a press conference and she expects Haley to show up.

In the square, Jack’s shocked to see Jenn back from her trip. She returned because of him. 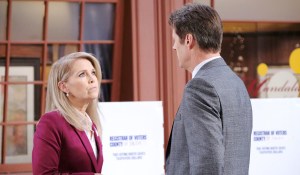 He’s glad. He thinks they need to find a way to coexist – be friends for the sake of their family. Jenn clarifies she came to vote – against him. She doesn’t like the stunt he played against Abe. Jack lets Jenn know about going to Kayla in an attempt to get her to sign a statement to admit she already forgave him. Jennifer’s shocked. Jack doesn’t believe his past should go against his future. Jenn snipes that it’s just one of the many reasons he shouldn’t become mayor. Abe appears and Melinda tells him she’s behind him 100%. The press conference begins. Melinda tries to stop Haley as she goes to the podium and shares her story about migrating to the USA right up to her fake marriage. She lies that she faked being in love with Tripp. She’s ready to face the consequences.

More: Interview with Billy Flynn on his return to Days 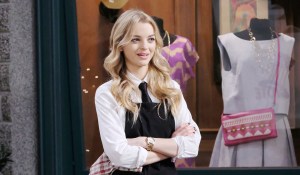 him for Holly’s death. Brady counters that she’s in shock. She doesn’t mean it. Eric feels bad for not helping him try to get Holly out of the DiMera mansion. Brady blames himself for things that go back well before that. He thinks Eric did the right thing. Nic brings Maggie home and runs to Brady’s arms, much to Eric’s wonder. She fills him in on what Maggie told her about fighting to protect Holly. Eric begs to talk but Nic refuses him. Eric goes and Brady tries to defend his brother. They hug until Xander appears and asks Brady to take his hands off his wife.

Flashback Friday! On this day, May 10, 2011, on Days of our Lives Sami was confronted with two Rafes while no one supported EJ and Nicole’s union.

Will Learns His Tumor Didn’t...