Victor Threatens to Call the Police on Nicole for Murdering Deimos

Monday May 6, 2019: On Days of our Lives today, Rafe is upset with Hope's decision and goes against a direct order, Chloe feels she has failed Nicole, and Sarah lies to Rex. 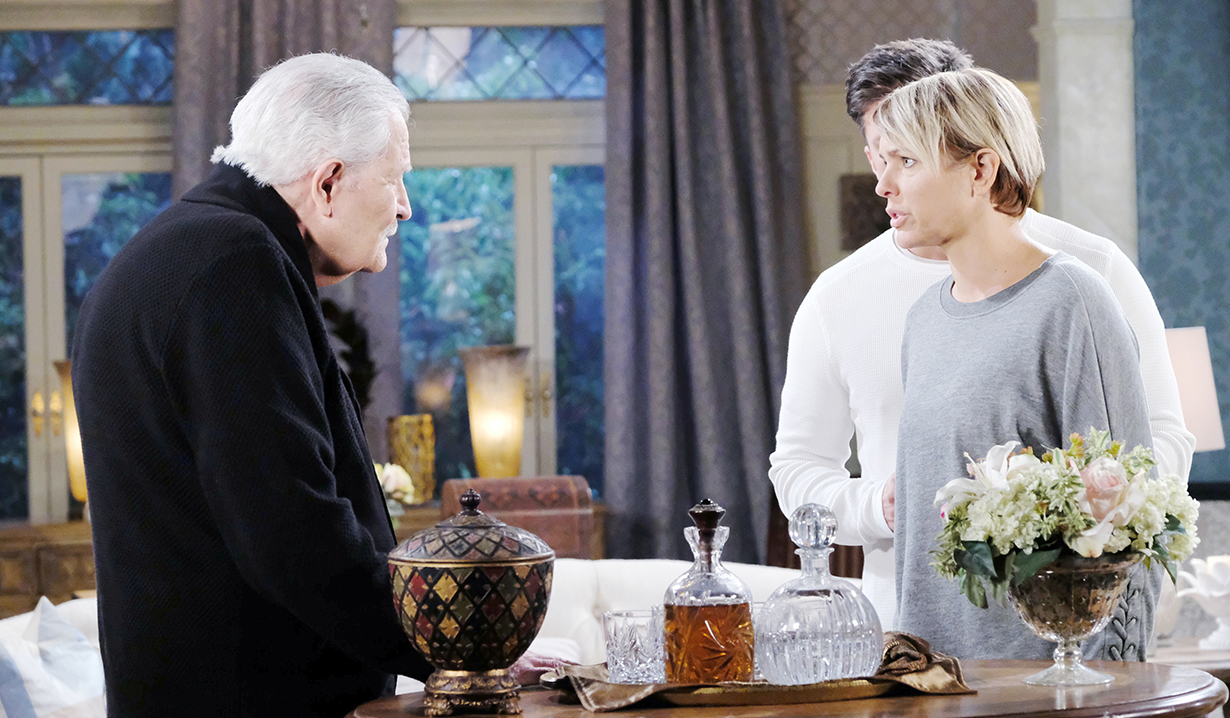 At the DiMera mansion in Stefan’s bed, Stefan and Gabi are staggered that they had hate sex again. Chloe arrives and can’t find Stefan downstairs. Brady arrives. Back upstairs, 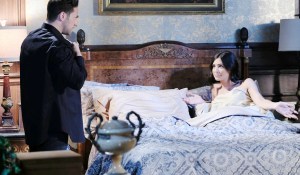 Stefan and Gabi agree to forget this ever happened, now that it’s out of their system. Downstairs, Chloe and Brady discuss Holly’s kidnapping and Nicole’s return from the dead. Chloe feels she’s failed Nicole.

At SPD, Ted tells Rafe and Hope that he knows where Holly is but he can’t say where. Rafe doesn’t trust Ted and makes it known. For all Rafe knows, Ted’s on El Fideo’s payroll. Rafe’s against it when Hope allows Ted to set up a meeting with the kidnapper. Hope has second thoughts about Ted meeting alone but Ted asks for no cops. He goes and Rafe follows.

At the hospital, Sarah tells Marlena that Nicole and Eric are going to be together and though it hurts, she will accept that and marry Rex. Marlena informs Sarah that marrying by default doesn’t mean the pain will go away. Rex appears and hears Eric’s name. Sarah covers and says he’s upset with her for “sleeping with” Xander. Rex asks if Marlena can talk to him but she doesn’t want to get in the middle. She suggests Sarah and Eric should discuss this privately. Rex goes to check on Will.

At the Kiriakis mansion, Nicole rants to Eric about wanting her daughter back. Victor appears. “Well well well, look what the cat dragged in,” he quips. Nicole asks Victor to set their differences aside for now but Victor blames her. “If you weren’t so careless, Holly wouldn’t be in this mess.” She was busy running from the law because she murdered Deimos. Nicole congratulates him on his nephew and son using the recording of her confession against her. Victor advises Eric not to take any bubble baths with her around. He asks if the authorities know that she committed murder. He takes out his cell phone and Nicole grabs it. “Wonderful. Now I can charge you with theft as well,” he says. Nicole knows Victor hated Deimos as much as she did. She feels she has done time for her crime. Sarah barges in and defends Nicole and yells at Vic to “back the hell off.” Vic muses that he tells it the way he sees it. He goes and Sarah comforts Nicole, then brings her to wash up. Rex lets Eric know that Nic and Sarah got close while she was staying in Tennessee. Rex confronts Eric about hanging on to his anger about Sarah having sex with Xander. Eric looks guilty but clarifies he’s not angry with Sarah anymore. Once Nic returns, she calls Hope and learns there’s news about Holly. Eric and Nic leave and Rex compliments Sarah on reaming Victor out. Rex admits he confronted Eric and summarizes what happened. Talk turns to their wedding. Sarah wants to do it as soon as Holly’s found.

Hope calls Chloe at the DiMera mansion so Brady leaves. 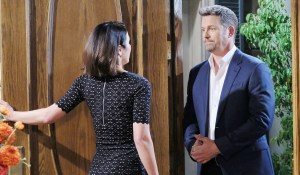 As he’s heading out, he catches Gabi and Stefan rearranging their clothing as they sneak down the stairs. Brady starts cracking jokes about finding them together when Gabi tells Stefan to go into the lounge. In the lounge, Hope tells Chloe on the call about her plan to send Ted to negotiate with the kidnappers to get Holly back. Chloe goes to call her mom while outside, Gabi lets Brady know her plan for Stefan is still in effect. Brady wants Chloe to know. Gabi knows it’ll only make him look vindictive and jealous. She lies that she threw herself at him and he rejected her. Once Brady’s gone, Stefan jogs to the foyer. Gabi shares that she lied to Brady. He’s grateful she took a bullet on this one.

Ted enters Xander’s hotel room and it’s empty. Rafe follows and Ted is displeased. He takes a call and the caller knows he’s not alone. Ted tries to lie. He says, “No there’s no cops,” then is hung up on. Rafe hears a baby cry and looks outside. He races out as Ted grins and calls him an idiot.

Brady finds Marlena at the hospital. He’s there to see Will but Marlena says he’s asleep after a round of radiation. He fills her in on the negotiations to get Holly back and they gab about Nicole’s shocking return.

Back at SPD, Hope lets Eric and Nicole know about the negotiations. 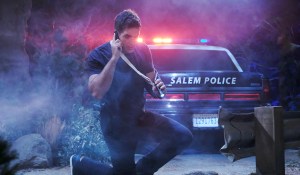 Hope gets a call from Rafe who says he was pursuing the kidnapper and there’s been a terrible accident.

Gabi drinks at Doug’s Place and talks to herself about reeling Stefan in.

Xander Refuses to Return Holly to...