Friday May 3, 2019: On Days of our Lives today, Sarah reveals the truth to Marlena, Gabi fantasizes about marrying Stefan, and Xander and Ted discuss what to do about Holly. 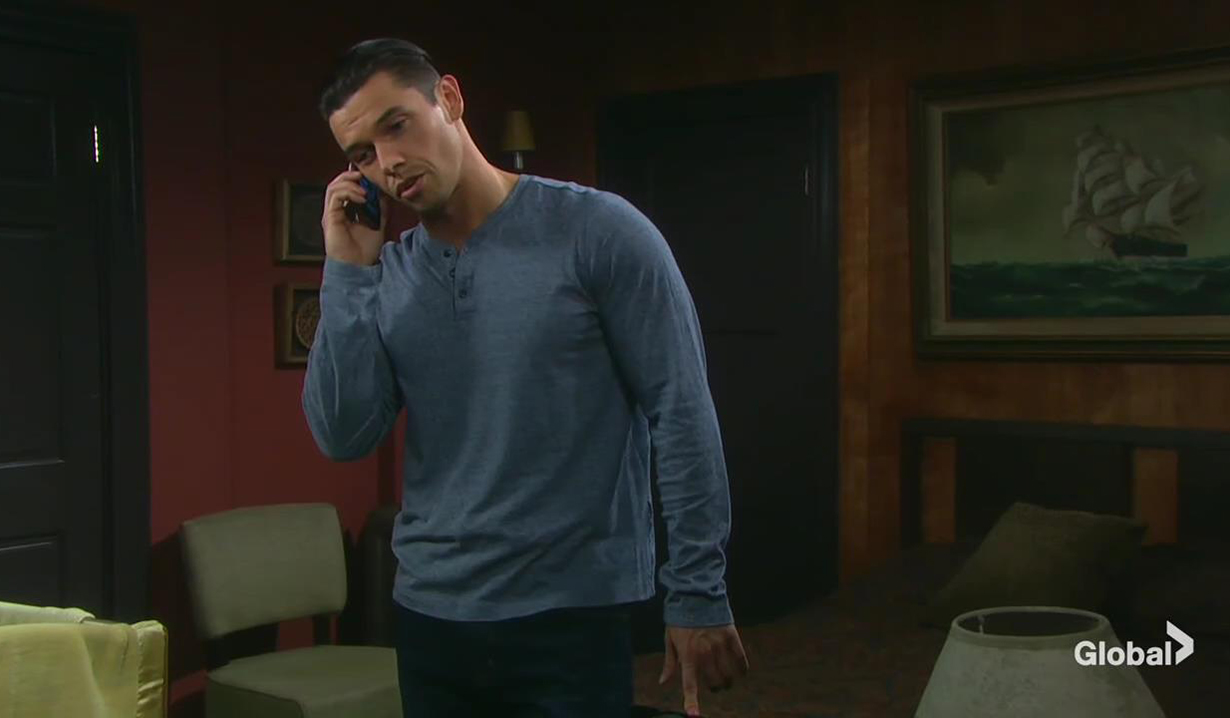 At the hospital, Marlena consults with Sarah about Will’s tumor. With luck, the radiation will shrink it. Sarah admits that she lied to Marlena about Eric 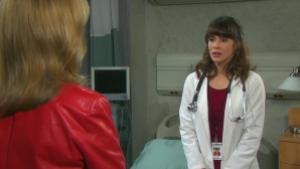 confessing his feelings for her. Marlena’s unhappy that she let her betray his confidence. Sarah apologizes. Marlena’s not angry. She felt Sarah needed to know. Sarah tells the story of how she went to Eric with the truth and he admitted his feelings but they’re not getting together now because Nicole is alive and Eric’s overjoyed and wants to be with her. Sarah cries. He deserves a second chance at happiness. She brings up the kidnapping. Marlena is saddened for everyone and will see how she can help. Talk turns to Eric again and Marlena asks if Sarah will go back to Rex. She admits she will.

At Eric’s, he and Nicole learn that the DA is checking with Hector to see if anyone at the cartel went rogue and took Holly. Nicole damns Chloe for eating dinner with Stefan when she “should have” been with Holly. 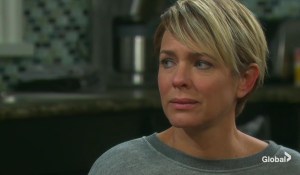 Eric defends Chloe who has been keeping Holly safe. Nicole bursts into tears. Eric calms her some and they discuss their future, getting old and sitting around in rocking chairs.

At the DiMera mansion, Chloe’s heartbroken that Holly’s gone and she let Nicole down. Stefan says this isn’t her fault. Chloe goes to SPD for news while Stefan yells at Ben on a call that he’d better find Holly or he’ll be washing bathrooms.

At SPD, Hope and Rafe discuss Lani’s leave of absence. 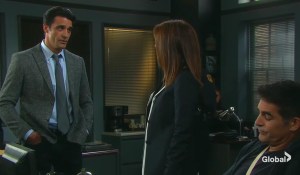 Ted appears and tells them that Hector is the one who kidnapped Holly. He’s asking for extradition for information on where Holly is. Hope agrees to it and once Ted leaves the room, Rafe says, “Is there anything that guy could tell you that you wouldn’t believe?” Later, Chloe appears and Rafe updates her on the agreement with Hector and how he doesn’t trust Ted.

At the Kiriakis mansion, Maggie sniffs Holly’s blanket as Brady arrives, back from a business trip. She informs him that Holly’s been kidnapped. Brady panics and is ready to rush out until Maggie tells him the other news – but before she can reveal Nicole’s alive, Nicole and Eric walk in. Brady is shocked. He asks how it’s possible. She doesn’t really say. Maggie hugs Nic and Eric calls it a miracle. Brady is sorry for what happened in their past. Nicole has put it behind them. She’s now angry at Chloe. Hope arrives and fills everyone in on the extradition agreement. Nicole doesn’t care what happens to Hector. She just wants her kid back.

In his hotel room, Xander sneers as he sings a creepy version of the lullaby Rock-a-bye Baby to Holly. He later takes a call from his partner to boast that having a DA in their pocket is working out. He’s striking a deal with Hector now. When Ted arrives, he notes the kid is sleeping. Xander shrugs. He gave Holly single malt in her bottle. Ted gasps. “What?” Xander’s joking. They were playing hide-and-seek and she got tired. Ted fills Xander in on the agreement with Hector and says now they can give Holly back. Xander says Holly will not be reunited with her mother. Ted yells that he’s out but Xander threatens him but Ted doesn’t back down.

At Doug’s Place, Gabi sips an umbrella drink and flashes back to her and Brady’s plan to seduce Stefan and then fantasizes that they’re married and sharing their first anniversary where she receives diamonds from him. She gives him his gift – divorce papers. She wishes him a Happy Anniversary and tells him she’s taking him for all he’s worth.

Gabi arrives at the DiMera mansion. She asks about Stefan’s date 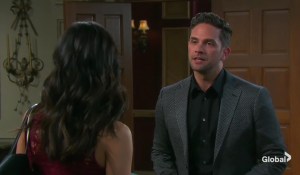 with Chloe and if they slept together. Stefan’s frustrated at her line of questioning. He assumes she wants sex but she’s there for business. He’s distracted by Holly and can’t focus so Gabi decides to get the board to sign off. She heads to the door and opens it. Behind her, Stefan slams it. She’s not going anywhere. He reminds her he’s the boss. He’s in charge. He kisses her hard and they start making out. She pulls away and wants him to prove he’s not pining after Chloe. They kiss and race to his room and the clothes come off as they have rough sex. After, they wonder what the hell they’re doing. Chloe arrives and calls for Stefan. She can’t find him so goes upstairs.

Hope returns to SPD. Ted appears. He knows where Holly is.

On this day, May 3, 2010, on Days of our Lives a menacing Hope teamed up with a reluctant Dr. Baker and knocked out Brady in the park.

JJ Reveals Jack Forced Himself on...

Victor Threatens to Call the Police...