Wednesday May 1, 2019: On Days of our Lives today, Haley and Tripp get big news about her immigration issues, Jack and JJ have a run-in, Val returns to Salem for Abe's debate, and Lani calls David her son. 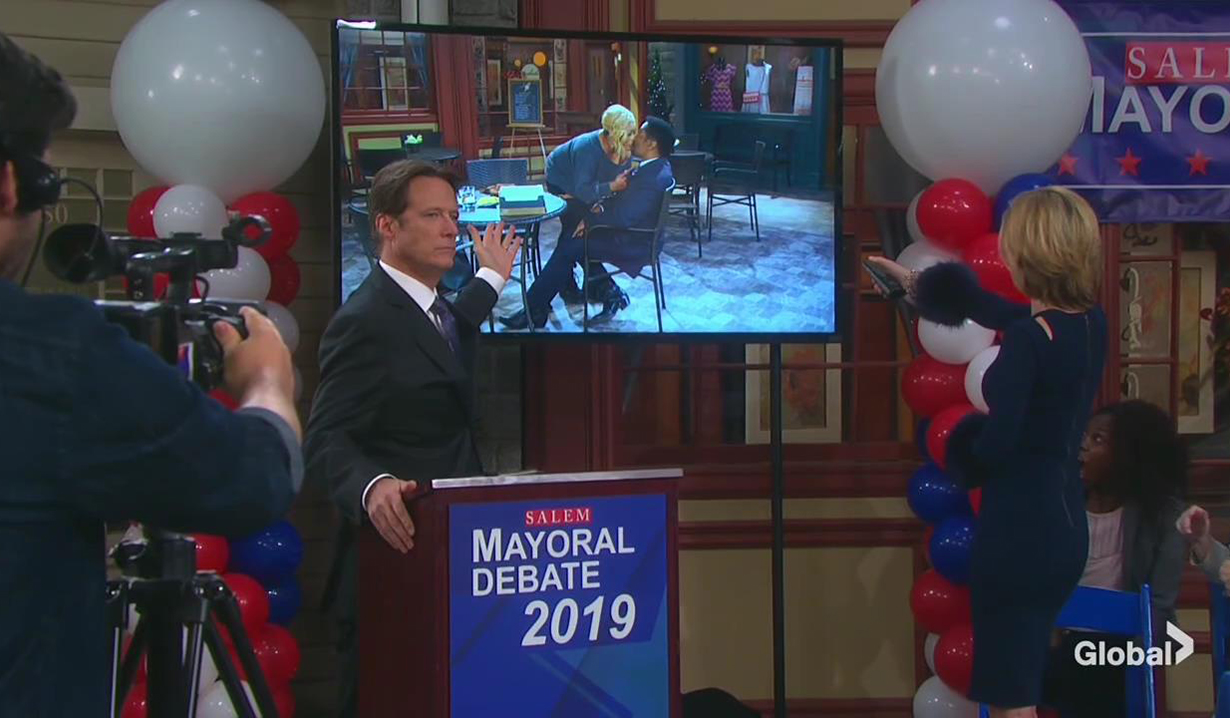 At the pub, Sheila’s happy Abe has his lucky sneakers on. He’s covering all his bases. They’re happy Abe pulled even with Jack in all five polls. Sheila apologizes about the kiss. They agree they’ve zero chemistry. Valerie arrives to surprise Abe. Abe’s ecstatic. They kiss and catch up. She thinks his sneaks are “fresh.” She’s happy her man is standing up for decency.

At the Salem Inn, Eve has read the same news as Sheila, only she’s upset Abe’s on par with them. Jack’s not scared. He plans on using a photo he has of Sheila kissing Abe against him. Eve’s delighted. They giggle like a couple of hyenas at Abe’s misfortune.

At the loft, Tripp and Haley receive their official wedding photos in the mail. Haley’s feeling pessimistic about her time in Salem. Today’s the 30-day deadline. Justin calls and Haley learns she’s not getting deported. Amazed, Haley hugs Tripp gratefully.

At the square, Eli notifies JJ and Claire that Claire’s lighter wasn’t linked to the cabin fire. Eli gives it back and goes. JJ has his doubts. Eve and Jack appear and Eve drags Claire off while Jack learns that Jennifer took off to see Abigail in order to get away from Jack and Eve. Jack didn’t intend on hurting JJ’s mom. JJ wonders what his dad thought marrying “that skank” Eve would do to her. He stomps away. Nearby, Claire rants to Eve about living with her boyfriend and his wife. Eve tells her to deal with it and let her jealousy out of control so that she doesn’t go off the deep end again. Later, Abe and Sheila show up and square off against Jack and Eve. 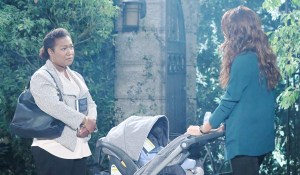 Lani says he is before correcting herself. He’s not hers. Smith warns to keep the child safe. Lani would never let anything happen to her baby. Smith thought she wasn’t the mother. Lani shakes her head. She’s not but she’ll keep him safe.

More: Days column on the dumbing down of a character

Eli finds Val coming out of the pub. He’s surprised to see her. She’s headed to the debate. Eli tells his mama that Lani is preoccupied with another child and he thinks it’s unhealthy. Just then, Lani pops up. She introduces David and they chat. Eli kisses his women goodbye and takes off to work while Val butts in on Lani being consumed with David. Lani doesn’t want to discuss it. She takes off.

Claire arrives at the loft. Haley gives them space and Tripp tells her that Haley’s not being deported but that 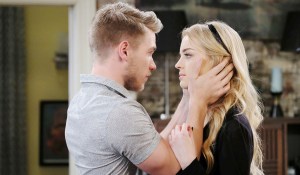 Smith will be all over them until Haley gets her green card. “It could take years,” he admits, cringing. Claire goes berserk. Tripp says they’ll figure this out. He loves her and is committed to her. Agent Smith shows up and questions why Claire is there. Haley appears with an empty box and offers to help Claire pack. Claire talks up how torturous it’s been living with them but she couldn’t find a place to stay until now. Once Smith is gone, Claire freaks out, realizing they’re really kicking her out. Tripp confirms it as Haley cries. Haley goes to work and Tripp heads upstairs while Claire rips up their wedding photo and burns Haley out.

JJ stops Lani in the park. She asks if it’s wrong that she’s caring for Jordan’s kid. JJ doesn’t think so. Lani admits Eli and his mom think it’s wrong. They head to the square and Lani wishes her father luck. JJ’s rooting for him. Eve finds JJ and asks if he’s there to cause trouble. JJ ignores her. The debate begins and the

immigration issue is discussed. Abe wants Tripp and Haley to live in peace. Jack starts yelling and waving his hands, talking about their marriage not being legit. JJ jumps up and tells everyone that Jack Deveraux is a total fraud and that Haley and Tripp are truly in love. Jack deflects and calls Abe the fraud. He brings up the cartel and kidnapping and his personal life. He asks Val how she feels about Abe’s relationship with Sheila. Abe denies being romantic with her so Jack shares the photo.

Abe and Sheila are in the hot spot. 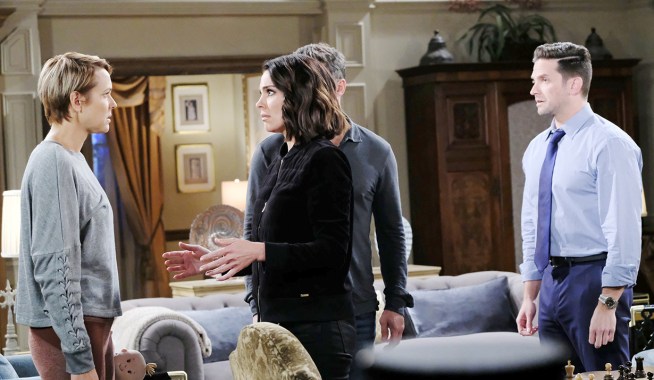 JJ Reveals Jack Forced Himself on Someone to the Salem Media 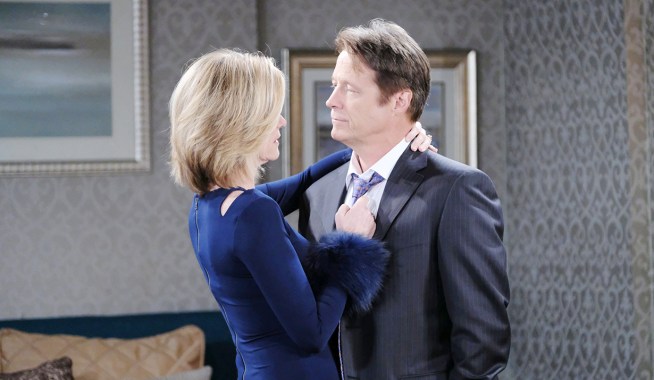