Haley’s Being Deported, so JJ Asks Her to Marry Him

Wednesday March 20, 2019: On Days of our Lives today, Tripp vows to get to the bottom of who ratted Haley out to Jack, Haley softens toward JJ, and Chloe worries for her life and the lives of her kids. 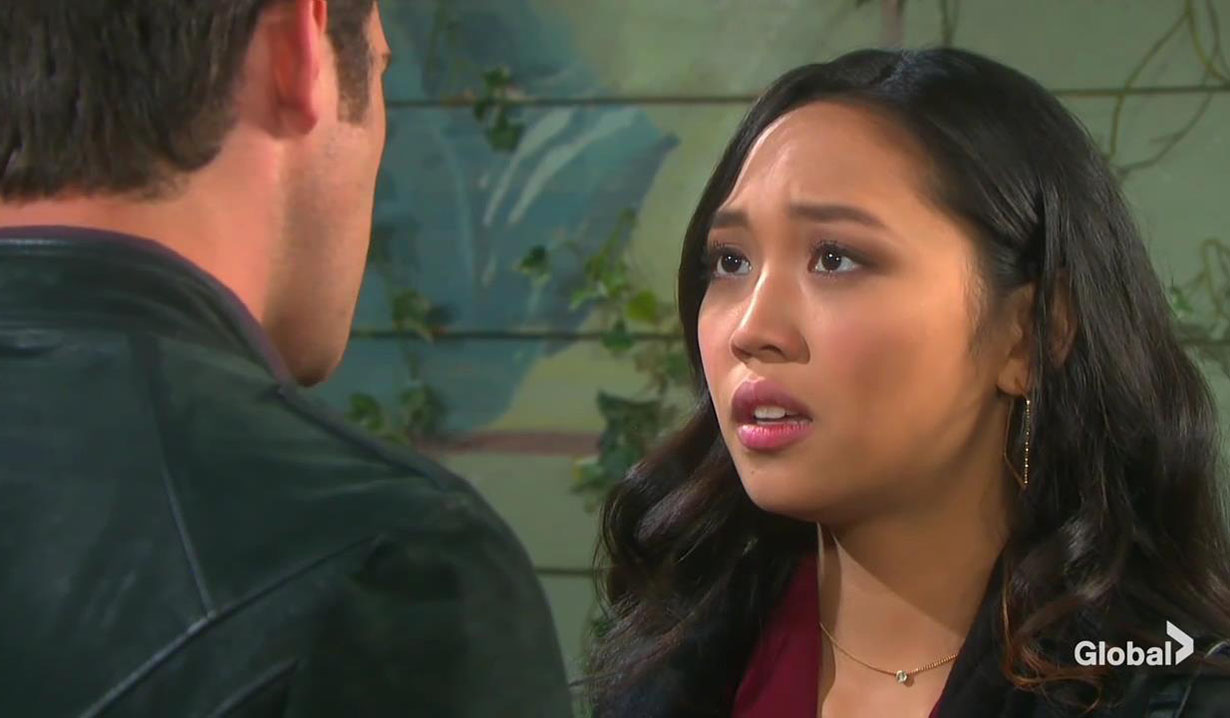 Ben and Ciara make out like bandits at the DiMera mansion but as soon as they part, Ben says the kiss doesn’t mean they should be together. Ciara asks to take things slow like they did in the cabin. He’d give her the whole world if he could. All Ciara wants is him. Suddenly, shots are fired through the patio doors. Ben drags Ciara to the floor and rushes her to the foyer, where Chloe and Stefan run to find out what’s going on. Ben yells to get down. Shots keep firing and Ben rushes into the lounge again. Stefan protects the women and Ben returns. There’s a single shooter who left a card which has a symbol of a sun stamped into it. 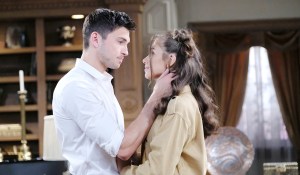 Chloe panics – the symbol is El Fideo’s. That shooter was there to kill her! Everyone moves back to the lounge and Chloe thanks Ben. Ciara thinks about ‘what ifs’ and Chloe thinks the shooter must have thought she was her since her hair was longer when she was in Mexico. Ben takes Ciara home and Stefan goes with Chloe to her room where she worries if they’ll return when her kids are at home. “I can’t live like this,” she exclaims. Stefan vows to protect her.

More: Interview with Galen Gering on Passions and Days

At the loft, Tripp tells Claire that today’s Haley’s immigration hearing. He’s concerned. She’s reluctant to talk about Haley and wants to find a sweater for her podcast. Tripp implies that she’s the one who tipped off Jack Deveraux about Haley’s immigration status. Claire acts indignant and then runs off to study. Soon, Kayla arrives to see how Tripp’s doing. He’s well and asks after Steve. Kay says he misses everyone but the cleanup at the ISA is taking longer than he thought. He won’t be home for a while. Tripp isn’t happy to hear but he’s distracted. Kayla gets him to open up about thinking that Claire’s lying to him. He fills her in on his suspicions about Claire feeling threatened by Haley. Kayla understands, knowing Claire can bend the truth to further her own agenda. Kay calls what he did, harboring Haley was exactly what his father would have done. Steve will be proud when he hears about this. She tells him to be honest with Claire but Tripp says she’s already denied tattling on Haley. He blames himself for Haley being arrested and rants about his uncle Jack. Tripp gets an idea on how to get to the bottom of this.

At Mandalay, Eve and Jack read the news that his constituents are happy that someone is 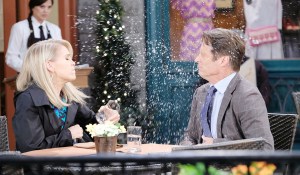 taking a stance on undocumented people. Jenn pokes her head in. She asks Jack how it feels to destroy the life of a young innocent woman for gain. Eve’s displeased when Jack reveals he asked Jenn there to interview him. She leaves and Jenn asks to know his platform. Jack sees his memory issues as a positive and a fresh start. Jenn thinks what he’s saying is that he doesn’t need to take responsibility for his past since he’s a clean slate. Jack points out Abe’s flaws 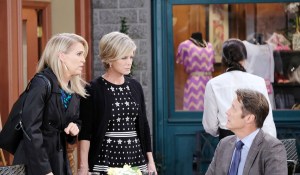 and when Jack tells her maybe he threw himself down the elevator shaft to get away from her, she tosses her drink in his face. Jack wipes his face and Jenn decides to kill the story. Kayla arrives, just as angry at Jack as Jenn is. They have words and leave.

More: Ari Zucker’s return to Days of our Lives

At SPD, Justin and Haley tell JJ that the judge is still deliberating on her case. Haley thanks Justin for speaking on her behalf. Justin feels optimistic since she was released on her own recognizance. Justin goes and JJ takes Haley to the pub.

At the pub, JJ apologizes again for betraying her trust. Haley can’t solely blame him. She blames herself and knows that he’s done a lot for her. She talks about keeping people at arm’s length in case this sort of thing happened. JJ says she has him. He’ll do whatever it takes to stop Jack from becoming mayor. Justin arrives with bad news. The judge plans to start deportation proceedings. She has thirty days to go back to China. JJ suggests they marry.

Claire finds Eve at Salem Inn and begs her to give her an alibi so Tripp doesn’t find out she ratted Haley out to Jack. When Tripp arrives, Claire hides and Tripp asks her point blank who told her where Haley Chen was hiding. Eve lies that his neighbor finked. A noise is heard from the bathroom and Eve lies that it’s Jack. Tripp takes off and Claire reappears and thanks Eve who suggests she own what she did to Haley. She gets a tip that Haley’s being deported.

At the loft, Ben blames himself for Ciara being shot at. Ciara calls him a hero for defending them. She cares for his cut hand and they kiss. Ben stops thing 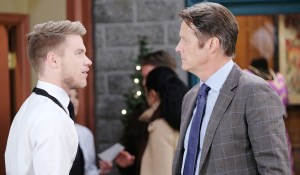 s as they get heated up.

In the park, Kay tries to comfort Jenn who can’t blame Eve for Jack ignoring right from wrong.

Tripp arrives at work and asks Jack how he got there so fast. He tells him to get out of his section and wonders how he can live with himself.

JJ makes an offer to Haley.

Eric struggles with how he feels for his brother’s girlfriend.

Shots Are Fired at Ciara and Ben at...

‘Mahalia’ Star Danielle Brooks On Bringing The Life And Struggles Of Mahalia Jackson To Light: “She Was Our Royalty; She Was The Queen Of Gospel”