Diana Poisons Marlena With Penicillin and Leaves Her to Die

Monday March 11, 2019: On Days of our Lives today, Eve and Claire work together to ensure Haley's arrested, Diana poisons Marlena's macarons, Kayla reveals that she's pretty sure Steve is still upset with her regarding the bionic eye fiasco, and John makes a big reveal. 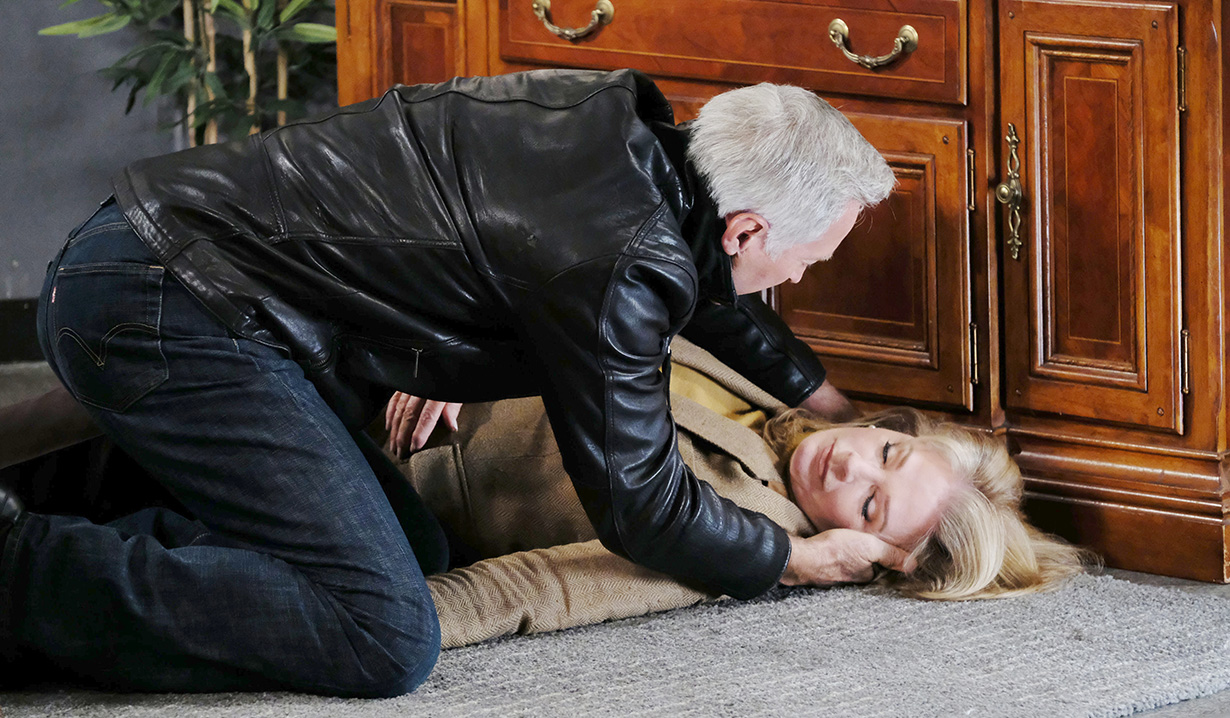 At the pub, Eli and Lani talk about getting romantic when they see the new DA, Ted Laurent. They try to hide until Ted walks up and demands that they find Haley Chen tonight. They haven’t seen her anywhere and they’re off the clock now. Ted wonders if they’d look the other way even if they did find her. He makes a call to Hope.

In the park, Eve informs Jack that Haley’s staying with Steve’s son, Tripp. “Why did my brother name his son Tripp? That’s like signing him up to get his ass kicked in fourth grade!” Eve says it doesn’t matter. Tripp’s girlfriend ratted him out. Jack’s shocked. Eve assumes it’s because Claire’s jealous. Eve thinks this will give him a lot of pull with voters.

At the loft, Claire makes a big show of letting Haley know that Tripp’s taken while Haley’s 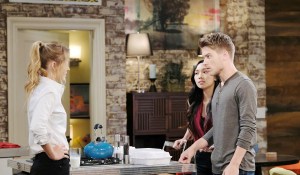 just grateful they’re letting her stay there. Claire’s not sure how safe it is for her since her grandmother’s the police chief. Tripp suggests she call her mom to find the name of an immigration lawyer. Claire fakes a call to Belle.

More: Days blog on Jarlena avoiding one trope only to face another

In the hospital, Diana logs into Marlena’s office computer and reads that she is severely allergic to penicillin. She fantasizes that John has come to her door at Salem Inn weeping that Marlena died from an allergic reaction to penicillin. At the hub, Marlena receives John’s paternity test. She doesn’t open them when Will calls with a warning. Marlena disconnects and calls John to let him know Leo’s on his way over to Salem Inn. John grabs an envelope from Diana’s safe and agrees to meet.

Once John opens the door at Salem Inn, Leo’s there. “Are you the new maid?” He sees the envelope in John’s hand and flashes to Diana reminding him she has proof he murdered his father. Leo demands John give him the envelope. John refuses. Leo threatens the cops but John asks if he’d turn in his own father. Leo gasps. John’s bluffing! John fills Leo in on his relationship with Diana and how Diana admitted that there’s a possibility that they’re father and son. He did a DNA test. Leo reels. John didn’t want to say anything until he knew the truth. Leo’s angry that Diana let him believe he was the son of an abusive man who called him a “pansy.” John is sorry he went through that. Leo says it made him tough. John makes Leo a deal. He’ll trash the envelope if Leo drops charges against Will and Sonny. Leo agrees.

Back at the hospital, Shelley (played by Alyssa Mann), watches as Marlena thanks Kayla for rushing the DNA test results for John. Shelley rushes into Marlena’s office to let Diana know that the doctor’s by the hub 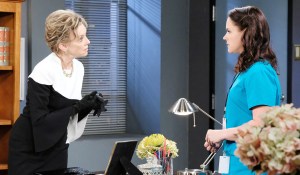 with Dr. Johnson. Shelley hands over her key card to get Diana into the pharmacy then runs off to the hub where Marlena and Kayla discuss the possibility that Leo’s John’s son and how she can tell that Steve’s still upset with her for working with Stefan to get his eyesight back. Later, Diana returns to Marlena’s office with penicillin and macarons. She uses a syringe to inject the macarons. Later, Marlena arrives at her office and sees a thank-you note from “Haley” and the macarons.

More: Days of our lives promo has Diana harming Marlena

Back at the loft, Haley hides when a knock comes to the door. Jack introduces himself to Tripp and Claire as Tripp’s uncle Jack, back from the dead. Tripp’s guarded but they let him in. He talks up what a great father Steve has been. Jack hopes to meet him. Tripp brings up Jack’s betrayal of JJ and calls Jack a tool. Claire gets a text from Eve to let Jack know where Haley’s hiding.

Back at the pub, Eve finds Ted and the cops and lets them know that Haley’s at the loft. Ted says Hope has agreed that they need to pick her up. Eli says the law states that illegal entry into the country for the first time is a misdemeanor. Ted doesn’t care. They head to the loft. 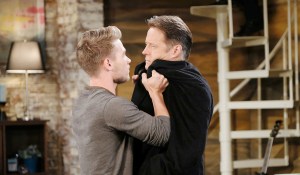 Eli, Eve and Lani arrive at the loft. Eve records the meeting while Jack tells the cops that he has reason to believe Haley Chen is hiding out  there. Eli hands Tripp a warrant for her arrest and they find her upstairs. Tripp grabs Jack’s lapels and calls him an SOB. Claire feigns offense and Haley cries as Lani reads her rights and Eli cuffs her. Jack makes a statement about how she’ll face consequences for what she has done. She’s hauled off. Jack apologizes but Tripp’s pissed.

At the pub, Leo tells Ted that he wants to drop all charges against Sonny and Will. Ted’s surprised but will arrange it now. He goes and John hands over the envelope and invites Leo to the hospital to see the test results. Leo has to talk to his mother first.

In her office, Marlena is unconscious on the floor of her office. Diana appears and hopes she dies soon. She sees the DNA test results on the desk. Later, John finds Marlena.

Back at Salem Inn, Diana goes to her safe and finds the envelope gone. She panics. Leo appears. “Looking for something, mommy?”

Brady has a warning for Rex.