Friday March 8, 2019: On Days of our Lives today, Claire takes matters into her own hands, John agrees to help Will and Sonny, and Jack and Jennifer square off. 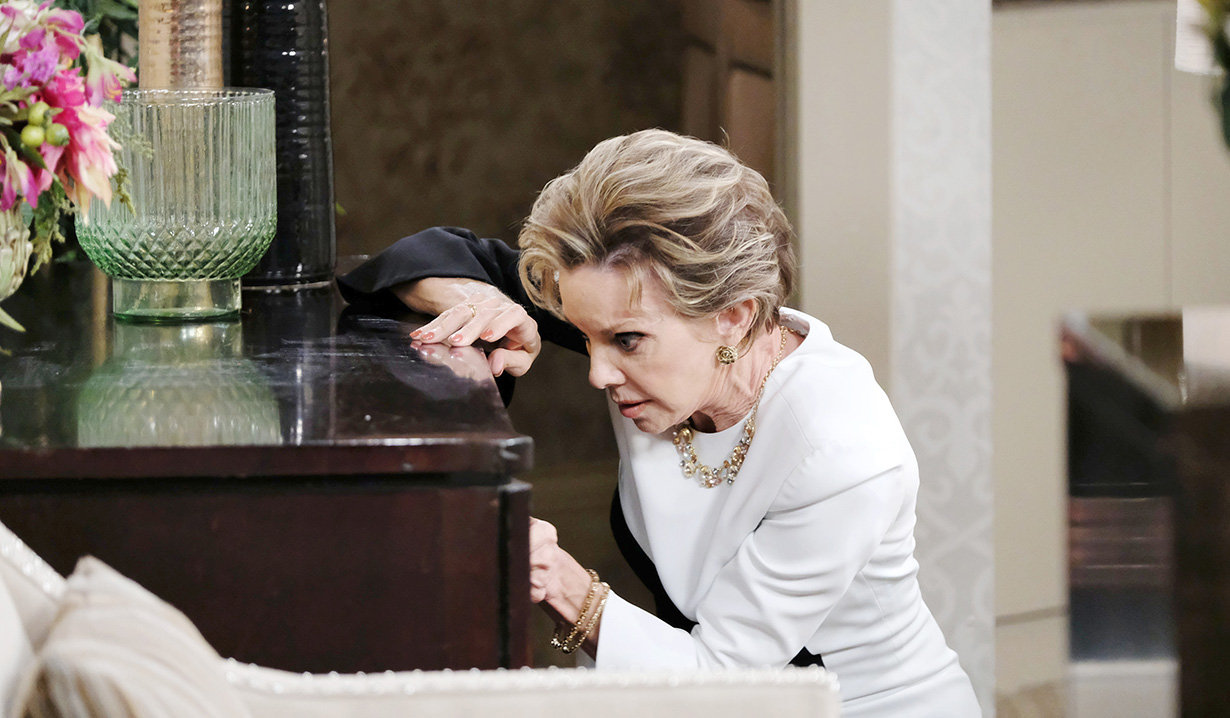 At the loft, Claire calls Eve – she needs to speak to her about Haley Chen, in person. She disconnects and Tripp asks who she was talking to. He’s suspicious when she claims she has to return to work. He offers to go, but Claire thinks Haley would feel better with him. Later, Tripp assures Haley that Claire won’t say anything – she won’t be screwed over there.

In the square, Jennifer complains to Jack that if he keeps walking this path, he’ll lose his soul. Jack mocks her flair for the dramatic. Jenn points out if Haley’s deported, JJ will never forgive himself or Jack. Eve approaches and remarks on Jenn’s preaching, then kisses Jack before leaving. As Jack glad-hands voters, Jennifer has another go at him about being better. He angrily tells her the old Jack Deveraux is dead. A Salem resident approaches Jack and urges him not to change his tune on illegal immigration.

At the Kiriakis mansion, Sonny’s on the phone with Will – they need to get the goods on Leo but will have to find a way to access Diana’s safe. After, Sonny is still focused on his phone when he bumps into Leo, who’s holding a book on safecracking. Sonny offers Leo a huge chunk of alimony if he drops the charges. Leo snickers – why would he divorce him when he can keep living in the mansion? Once alone, Sonny muses he’ll end up living in handcuffs, then practices cracking the Kiriakis safe – it’s harder than he thought.

Diana opens her suite door to John, who tearfully relays that Marlena was run over 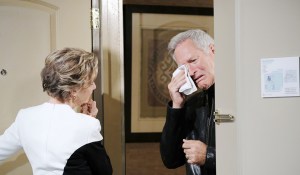 by a truck and is dead. Diana soothes John – she’s there now and everything will be okay. Diana snaps out of her reverie and tells herself she needs to turn fantasy to reality. Daydreaming again, Diana imagines John crying over Doc dying in a plane crash and laughs. She can’t cause a plane crash, but muses, “There has to be a way.” Diana resumes numerous scenarios of John at the door reporting Marlena’s death, then moans she needs a real plan to get that woman gone for good.

At Brady’s Pub, Marlena updates John that they’ll soon have the DNA results on Leo. John can’t see Diana lying about it. He muses if Leo is his son, he may be able to convince him 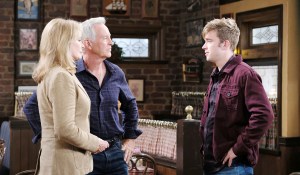 to drop the charges against Will and Sonny. Will appears and they all share a laugh about Marlena going ‘kickass’ on Leo. As they discuss getting Leo to drop the charges, Will reveals he and Sonny broke into Diana’s room. He explains the need to access her safe. Marlena says luckily, they know someone who can do it. John agrees to try. After, Marlena gets a call – the DNA results are in. John will meet her later. 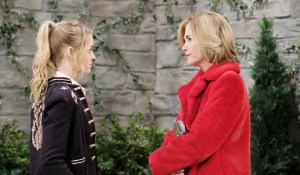 In the park, Claire tells a pleased Eve that Haley’s at the loft. Claire doesn’t want Tripp to get in trouble or to know she exposed his secret. Eve asks why she wants Haley kicked out of the country. Claire feels for Haley but she’s in the way. Eve commiserates about men with hero complexes. Claire worries what she’s doing is wrong, but Eve advises she has to take care of herself.

In the square, Diana hovers as Jennifer debates with Nurse Shelley, (played by Alyssa Mann), bent on deporting Haley. The woman tells Jack she can count on his vote. He feels his position resonates with voters. Jenn shakes her head. Jack and Jennifer argue about Haley – she can’t believe how cold he is. Jack won’t let Haley Chen or anyone else stand in his way. Eve returns and tells Jennifer she can only access Jack through his campaign manager – her. Once alone, Eve tells Jack she knows where Haley is.

Claire returns to the loft with takeout and smiles at Haley – she’s happy to help her out, it’s not like she’ll be staying that long.

At the hospital, Diana corrals Nurse Shelley who just called Marlena about DNA results, and tells her she’s a reporter and needs access to Dr. Evan’s files to see if she helped Haley Chen stay in the country. The nurse eventually agrees. Once in Marlena’s office, Diana accesses her medical history on the computer – she’s severely allergic to penicillin. She imagines comforting John after her death by penicillin and murmurs, “Couldn’t happen to a nicer gal.” At the hub, Shelley hands Marlena the DNA results.

Will calls Sonny from the park and learns he has no idea where Leo is.

In Diana’s room, John opens her safe just as Leo arrives at the door.