Wednesday March 6, 2019: On Days of our Lives today, Sarah admits her feelings for Eric, Stefan kisses Chloe, and Diana wants to get rid of Marlena. 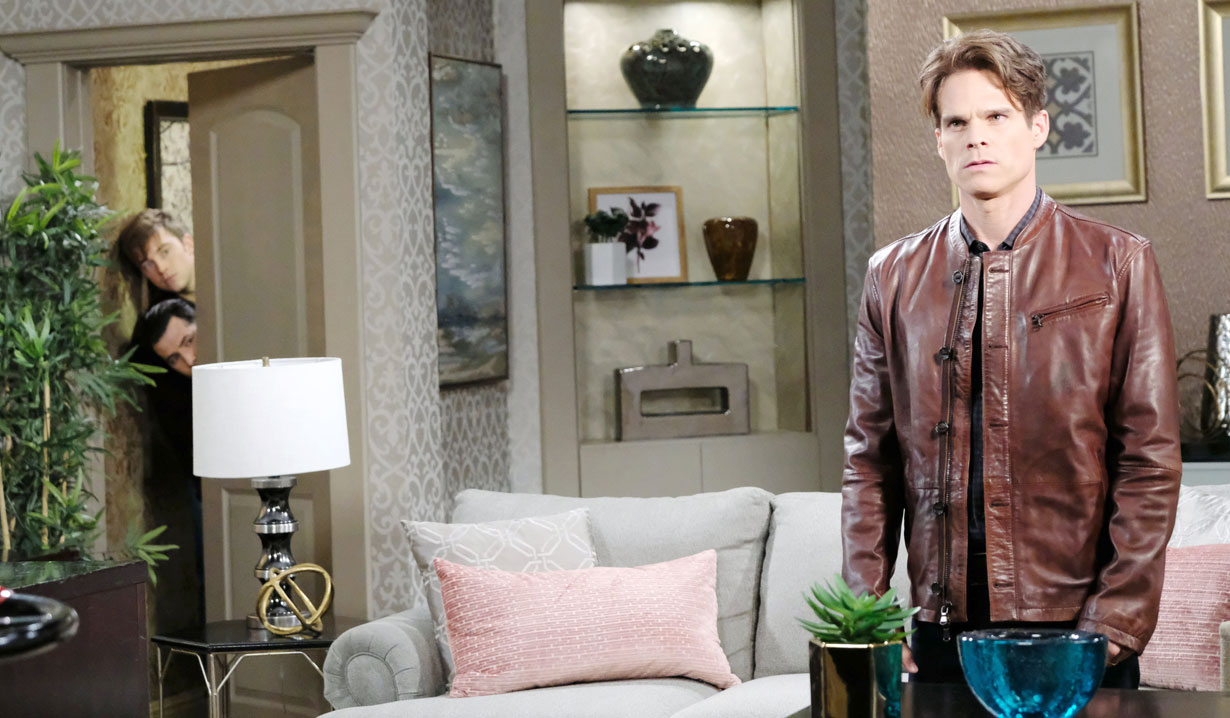 At Brady’s Pub, Sarah asks Eric what he wanted to tell her. He flashes to his discussion with Marlena, then says it wasn’t important. Sarah had a feeling it was about them. Eric covers that he was too harsh regarding Xander – he values their friendship. Sarah thought they’d worked through that already. Eric wanted to be sure since she’ll be his sister-in-law. Sarah’s not sure that will happen. She alludes to her feelings and trust issues before leaving.

In Marlena’s office, she recalls Victor telling her John is Leo’s father. John arrives and senses something’s wrong. Marlena relays that Victor had Diana followed and his investigators learned that John is Leo’s father. She asks, “Were you ever going to tell me that?” John’s sorry she found out that way. He explains how Diana confirmed his suspicions but asked him to keep quiet for Leo’s sake. Marlena believes Leo needs to know, but questions if it’s true since it’s obvious Diana wants John. He reminds Doc they’re inseparable. They express their love and kiss. John assures her they’ll deal with this together. Marlena feels they need a DNA test. John reminds her he’s a spy.

Sonny and Will embrace in the park. They’re disappointed they still have to sneak around. Will has a plan – he thinks there is information out there on Leo and he knows just where to start looking.

At Doug’s Place, Rex warns Chloe there’s a man at the bar with a gun. Chloe thinks he must be stalking her. Rex grabs the man, then engages in a struggle for his gun. Chloe pepper sprays the guy, retrieves the gun and threatens to shoot him. The man protests – he works for Brady Black! He produces a permit and Chloe hollers at him to just go. She’s shaken, but Rex thinks she’s a badass. As they talk, he throws in that she’s drop dead gorgeous.

More: Days alum in Love to the Rescue

Brady arrives at the DiMera mansion looking for Chloe and takes Stefan to task for allowing her to go to the club alone. Stefan sighs – she didn’t want a bodyguard. 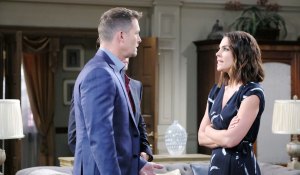 Brady reveals he’s had someone watching her. Stefan chuckles that he obviously didn’t tell Chloe. Brady feels justified in his decision. Stefan taunts Brady, who issues a warning about how he conducts business – he’s not Chad. They bicker over Brady’s interest in Chloe. Later, Chloe arrives and rants at Brady about the man he had following her. Brady apologizes and leaves. Stefan comforts Chloe, then kisses her.

Diana arrives at the Kiriakis mansion to ask Victor how things went with Marlena. Victor confirms he held up his part of the deal and now wants her to neutralize Leo. Diana first has to see if his bombshell drove a wedge between John and Marlena. Victor grumbles that wasn’t part of their deal – it will take more than this to break them up. Later, Marlena joins them in the parlor, while John sneaks upstairs. Marlena confronts Diana for pressuring John to keep quiet, and assures her they are fine. Outside, Marlena’s gleeful that John has Leo’s toothbrush for DNA testing. Inside, Diana’s irritated. Victor intones that Marlena’s not going anywhere. Diana mutters, “We’ll see about that.” 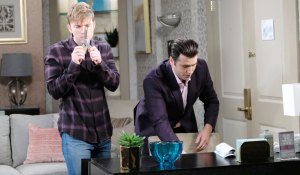 Will and Sonny enter Diana’s suite and start snooping but Leo knocks and calls, “Mother are you in there?” They listen as Leo asks someone to let him in for his wallet. They hide when he enters. Leo searches for proof regarding his father and talks to himself. After he flees, Sonny and Will realize Diana does have something on Leo – they must access the safe.

Sarah’s surprised to see Maggie at the hospital. 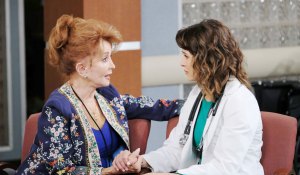 Her mother is so happy she moved back to Salem. Sarah relays that Rex proposed – she turned him down as she’s so confused. Sarah confesses she’s realized she has feelings for Eric. She explains she felt herself becoming attracted to him after splitting with Rex. Maggie wonders if Eric returns her feelings. Sarah doesn’t believe so since he’s pushing her toward Rex. Maggie counsels her daughter to follow her heart – she’ll know what to do when the time’s right.

Rex joins Eric at the pub and recounts what happened at the club. He can see why Eric had issues with Brady – he’s grateful they get along so well. Talk turns to Sarah. Rex hopes Eric told her how committed he is to her and asks how it went. Eric isn’t sure she’ll say yes. 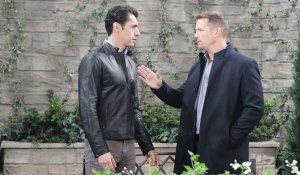 In the park, Brady chastises his man, Gerald, (played by Jeff Torres), and fires him. He’ll take care of Chloe himself.

Ben Accepts Stefan's Offer on One...