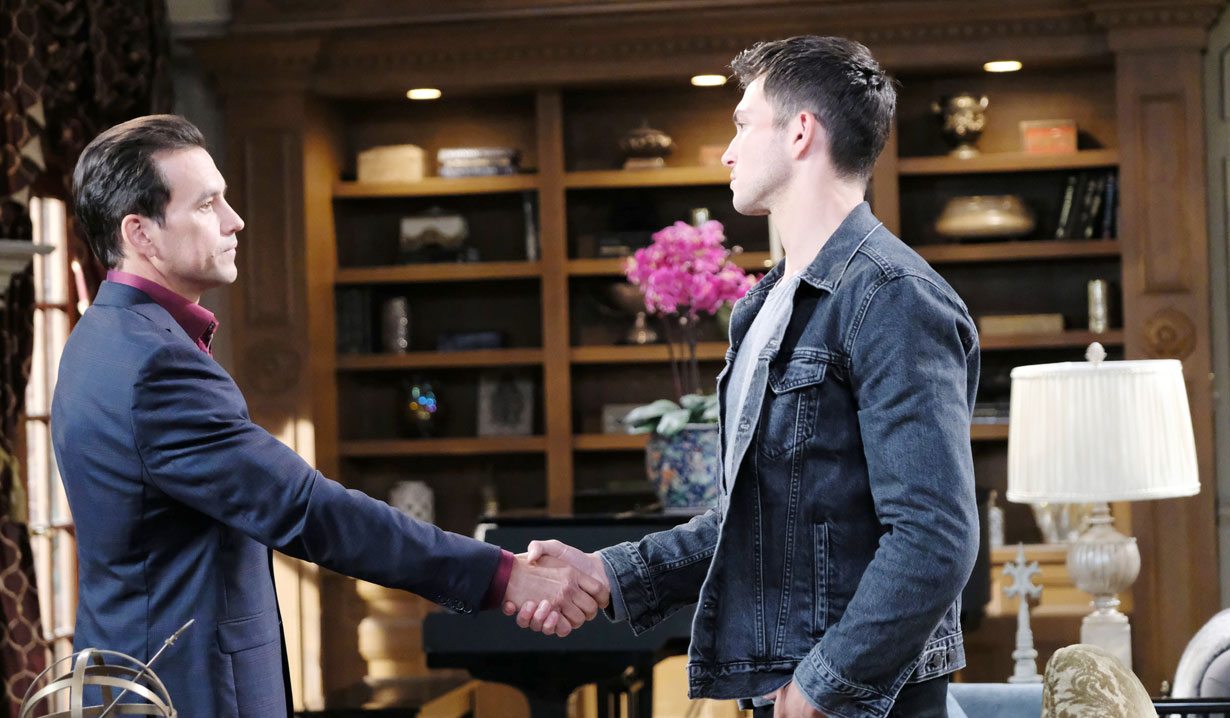 At the DiMera mansion, Chloe opens the door and sees a plant toppled over. She tells Stefan that someone really was there last night. Stefan reiterates he’ll keep her and her kids safe and offers his driver to take her to the club. After, Stefan calls someone – he needs to see them right away.

At the loft, Ciara bangs on the door and calls out to Tripp that she and her mom are there. Inside, Tripp hides Haley before letting them in. Ciara spots Haley’s bag. 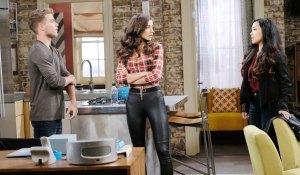 Tripp claims it’s Claire’s. Ciara sees Hope out, then chats with Tripp, who admits he’s glad Ben’s been there for her and asks if he’s coming over. Ciara’s more interested in why he lied about the bag and presumes he’s cheating. Haley comes out. Ciara realizes Tripp is hiding a fugitive and asks if he expects her to lie to her mother. He does. Ciara decides Haley can stay there as long as she needs to, but is concerned how Claire will feel about it.

At the SPD, Ted invites Rafe to hit him. Rafe knows Ted would like to make him look bad to Hope and accuses him of going after his wife. Rafe warns, “It ends. Now.” 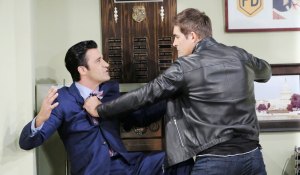 Ted confirms they’ve grown close and as D.A. he looks forward to working with her even closer. Rafe’s warning him again when Hope enters. Rafe announces Ted can’t be trusted as interim D.A. Hope speaks to Rafe alone and he admits it’s not about the job, it’s about Ted’s intentions toward her. Hope reassures him, but Rafe questions if she’s okay with Ted hanging all over her. Hope complains about Rafe’s priorities and accuses him of running off when his ex-wives snap their fingers. After, they kiss as she promises there’s no comparison between him and Ted.

At the hospital, JJ confides in Sarah – he’s afraid he’ll never see Haley again. Sarah commiserates about the position she’s in. JJ blames himself and leaves to find her.

In Brady’s Pub, Rex and Eric bicker about Rex wanting his brother to convince Sarah to marry him. Eric suggests he just give it time. Rex worries she’ll talk herself out of it. Eric shrugs – maybe it’s not meant to be. Rex feels he’s not good enough for Sarah and recounts a story of her kindness toward a homeless woman. The truth is, he’s never met a man good enough for her. Just then, Sarah enters. Rex gives her a kiss, then leaves. Sarah assumes Eric knows she rejected Rex’s proposal. Eric does – Rex said it was because of him. 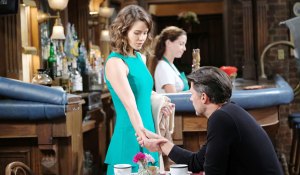 Sarah clarifies she wanted to be sensitive – he’s still mourning Nicole – but that’s not the only reason; she still has trust issues with Rex. Sarah wonders if Eric would encourage her to remarry a cheater if he wasn’t his brother. Eric confides about Rex’s guilt. Sarah’s about to go when Eric grabs her hand, affecting them both. He asks her to give Rex a chance. Sarah recalls he wanted to tell her something earlier and asks, “What was it?”

In the square, Claire assures Ben she and Tripp have no secrets, 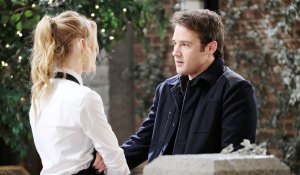 but he wonders why she’s concerned about him leaving her for Ciara. Claire insists Ben doesn’t have to give up on Ciara – she believes he’s what’s best for her. Ben feels he’s a danger. Claire counters if being sane was a qualification for being in love, no one would be. Later, JJ stops to talk to Claire about Haley. He explains about what happened with Jack and laments ruining her life. JJ wonders where Haley could be. Claire flashes to Tripp, but says nothing to JJ. After, she looks at an article about ICE pursuing Haley.

At the DiMera mansion, Stefan asks Ben to come back to work for him. Ben doesn’t think it’s a good idea. Stefan’s surprised. Ben reveals he broke-up with his girlfriend – he was worried about hurting her. Stefan muses if he worried about that he’d be alone forever. He feels Ben needs a purpose and urges him to take the job. Ben agrees, on one condition – he won’t do anything even close to victimizing a woman. Stefan relays his first assignment will be the exact opposite – he must protect Chloe without her knowing they believe she’s in danger. 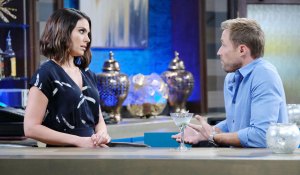 Chloe learns Sarah has forgiven Rex, who relays that he’s trying to get her to accept his marriage proposal. Chloe warns against pressuring Sarah and Rex relays that Eric’s making his case for him. Chloe wishes him luck, then startles when a glass breaks. Chloe relays that someone may still be after her. Rex spots a man with a gun at the bar and discreetly lets Chloe know.

Rex confronts the man he believes may be stalking Chloe.