Rafe Attacks Ted After Kate Issues a Warning About Him

Monday March 4, 2019: On Days of our Lives today, Hope consoles Ciara, Tripp helps Haley, and Ben has a conversation with Claire. 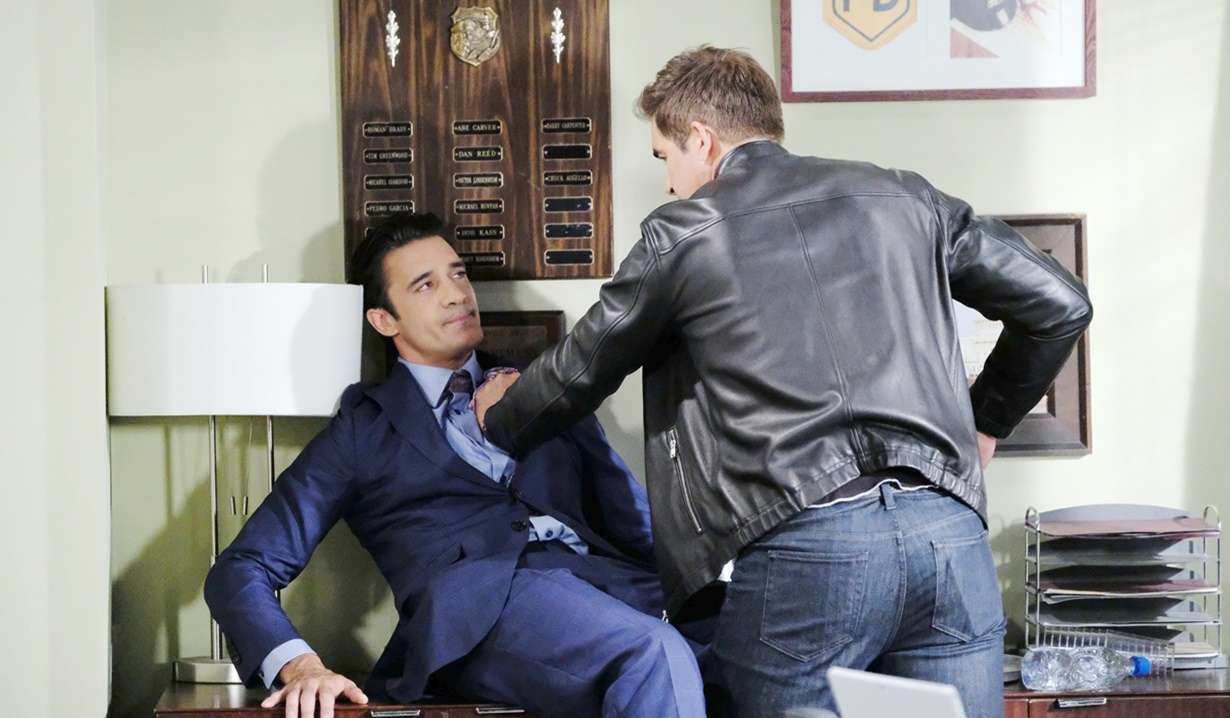 At the hospital hub, Haley is panicked at JJ’s news that the police are after her. In Kayla’s office, Eli and Lani explain they have to bring Haley in. Kayla asks them to show themselves out. As they approach the hub, 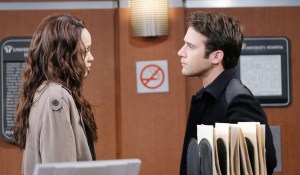 JJ hides Haley. Eli and Lani question JJ and wonder if he warned Haley. Lani urges JJ to encourage Haley to turn herself in. After, JJ realizes Haley’s gone. JJ joins Kayla in her office – he’s worried about Haley and blames himself. Kayla insists he couldn’t have known what Jack would do.

In Ciara’s hospital room, she protests as Ben says he has to leave her. Ben can’t get over almost killing his sister and worries he could hurt someone else he loves. He doesn’t trust himself. Ciara reminds him he’s saved her life, more than once. She knows he’s shaken up about Jordan, 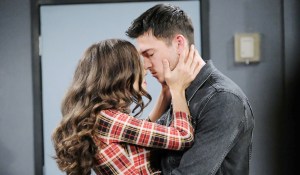 but they can get past this together. Ben maintains it’s too risky for both of them. Ciara thinks they can be happy, but Ben would be living in constant fear. He exclaims that he’s never cared about anyone as much as he cares for her and cannot put her in danger. Ciara protests as he exits.

At the loft, Tripp confronts Claire with the lighter. 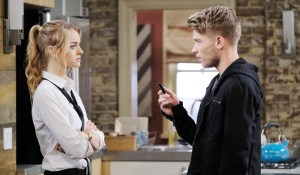 She complains about him invading her privacy, but he’s undeterred. Claire flashes to finding the lighter and says she has a confession to make – she took up smoking. Tripp’s never smelled smoke on her or seen her with cigarettes. Claire tells him she’s quit but was ashamed. Tripp’s still skeptical and doesn’t want secrets between them. Claire assures him there’s nothing to worry about.

At the police station, Hope confronts Ted about blackmailing Will and Sonny. He announces the only way to make things right is for him to step down. Hope agrees he should recuse himself. Ted tells her it means a lot to have her support. He’s pleased to hear Ciara’s being released from the hospital. She thanks him for his support as well.

At Kate’s place, Rafe relays that Jordan is struggling. Kate hopes she’s locked up for life. Rafe came to check on Kate, who assures him she’s fine. Kate thinks Hope must be upset about him running around taking care of his exes. Rafe snarks that Hope hasn’t been alone and complains about Ted. Kate warns that Ted played her and shares, off the record, that she held Ted at gunpoint and dumped him on an island. Rafe thinks he had it coming. Kate’s concerned Ted’s charming Hope while she’s in a vulnerable place.

In the park, Haley tells Tripp the cops are after her. Tripp asks what would happen if she turned herself in. Haley dissuades him of the notion she could leave and return legally. Tripp has an idea.

In Horton’s square, Ben tells Claire he and Ciara are over – he’s afraid of losing control. She thinks he’ll be fine as long as he takes his meds. Ben takes a pill and explains they’re the only thing holding him together – he hallucinated his father at the cabin urging him to burn it down. Claire knows he didn’t do it and claims it must have been Jordan. Ben marvels at the idea she was stalking him even then but doesn’t have another explanation. Claire urges him to get back with Ciara and denies she’s worried about losing Tripp to her or anyone else.

Hope arrives in Ciara’s hospital room. She’s crying about Ben leaving her and advises her mother she got what she wanted – she shouldn’t pretend to feel bad. 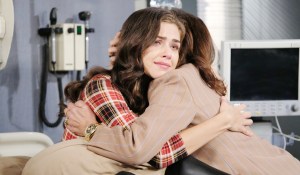 Hope was trying to protect her and asks why he broke up with her. Ciara says he doesn’t trust himself – it’s all Hope’s fault, she drove him away. Hope wishes she’d given Ciara the benefit of the doubt and holds Ciara, who cries she’s already lost him. After, Ciara wishes Ben could see he’s a good person now, but she’s doubtful his mind can be changed.

At the loft, Tripp tells Haley he wants her to be safe. 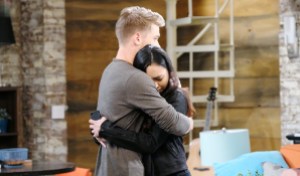 He warns he has two roommates – one’s his girlfriend. Haley takes a call from JJ, but won’t say where she is – she may never trust him again. Outside, Hope gets a text about Haley as Ciara gets her keys. Inside, Tripp and Haley embrace as he promises she’s safe there.

At the SPD Lani and Eli are hopeful Haley will turn herself in. 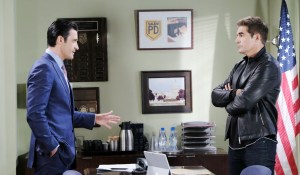 Rafe overhears them discussing Ted recusing himself due to a conflict of interest. Ted appears. Speaking privately, Rafe wants Ted to step down, but Ted thinks his issue is personal – he’s been there for Hope when Rafe hasn’t. Rafe defends himself, but Ted taunts that Hope’s had to turn to him repeatedly. Rafe lunges for him.

Chloe learns someone has been watching her.

Ben Breaks up With Ciara

Ben Accepts Stefan's Offer on One...