Tuesday February 26, 2019: On Days of our Lives today, Melinda denies having a sister, JJ apologizes to Haley for betraying her, and Gabi asks Brady for a job. 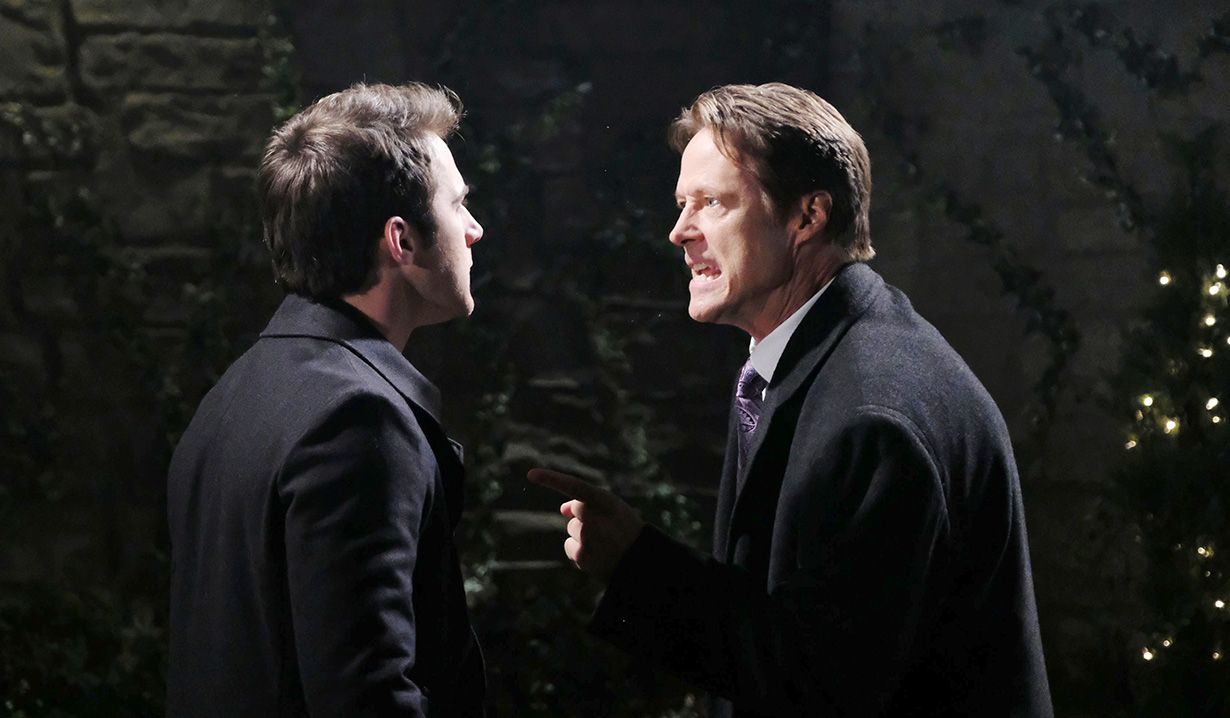 Chloe finds Stefan trying to fix the queen from Stefano’s chess piece in the DiMera lounge. He mutters that some things can’t be fixed. They drink together while Chloe admits she knows what it’s like to want to be a part of a family and how it feels to lose someone he loves. Stefan bemoans losing his mother, Gabby, Charlotte and Chad. Chloe thinks he was obsessed with Gabby and that’s harder to get over. She should know because she was in his shoes. A text comes in and Chloe jumps, reminded of El Fideo’s men. 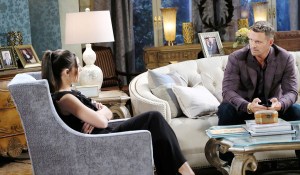 , then watches the mayoral debate. He hears Eve asking Melinda about her position on immigration and wonders what Eve’s up to. Gabi appears. They talk about Sonny’s arrest and Gabi being fired from Titan. Brady’s not surprised. Stefan’s a dirtbag. They’re both upset that Chloe moved in with him and Gabi urges him to fight for her.

Meanwhile, at the square, Melinda says yes, illegal immigration is a threat to Salemites. Jack blurts that her sister is one and living in Salem. The crowd gasps and Melinda lies that she doesn’t have a sister. JJ says Haley lives with his son who told him everything. At home, Haley turns on JJ in anger. How could he do this to her? JJ’s sorry, while Melinda tells 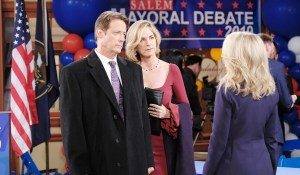 Jack this is a cowardly tactic to discredit her since he was unable to enter the race. Melinda snipes at Jennifer for not  moderating and Jenn asks for closing statements. Melinda tells the masses not to be distracted by the sideshow. She’s proven she’s tough on crime and illegal immigration. Reporters surround Melinda who rebuffs questions about her sister, while Sheila and Abe go celebrate. Jennifer drags Jack away and reams him out for hurting their son. Eve reminds Jenn how she loves honesty. Jack says there’s a witness who overheard this. Jenn can see it’s Eve.

More: New casting on Days of our Lives 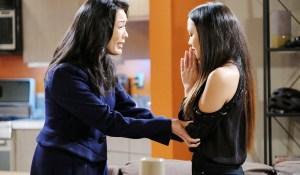 he just wanted to use her for sex. JJ denies it and explains how he told his father when he was upset that he hurt her feelings. He expected his father’s confidentiality but he too was betrayed. A knock comes and Haley hides. It’s Melinda who explodes at JJ to give them space. JJ goes to find Jack while Haley asks what comes next. Melinda will do damage control but Haley thinks this will come out soon. Then she’ll be arrested and forced back to a country where she’s alone and doesn’t speak the language. Since Haley refuses to lay low, Melinda tells her she’s on her own. 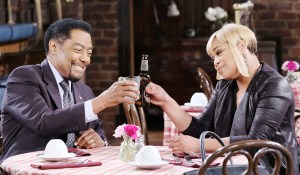 things went down. Sheila has no qualms about Trask going down after the stunt she pulled about Xander. Abe finds Sheila courageous to step up for him. He thinks she’s been doing better at her job. She’s been trying. It’s the first time she had a job she respects which is why she is angry at Trask. Abe is happy to hear. They hold hands and Abe breaks away to call Val.

Back at the mansion, Stefan reads Chloe’s text from Brady where he asks how she is living with “that lowlife Stefan.” Chloe laughs as Stefan pretends to respond, calling Brady a lowlife drunk. They play chess, after Chloe texts that she’s fine. Later, Chloe jumps at another noise. Someone’s watching the DiMera house…

Back at the Kiriakis manse, Gabi and Brady bond over their hatred of Stefan and Brady admits he was a fan of Gabi Chic. Gabi asks him to hire her at Titan – they can take down Stefan together. Brady considers this and learns Stefan’s dismantling her company. Brady’s shocked. He tells her to convince Chin that Gabi Chic is a gold mine and that without her, it’s nothing. They discuss teaming up.

At the square, JJ arrives and reporters rush after him. He refuses to comment and drags his dad off while Jennifer says if she cared for JJ, she’d have pulled him aside to discuss this instead of destroying him so Jack can become a candidate. Eve admits she wants to lord it over Jenn but Jack’s trying to be a good parent. Jenn wishes Eve would leave her family alone.

In the park, JJ yells at his dad for betraying him. “You’ve destroyed me. You let me think that I can trust you, that you were the father I remember. The dad I loved would never have done that.” Jack thinks maybe they’re better off without each other. JJ agrees and stomps off. Jack goes back to Jenn and she tells him and Eve that they deserve each other.

JJ returns home and Haley has packed. She takes off. 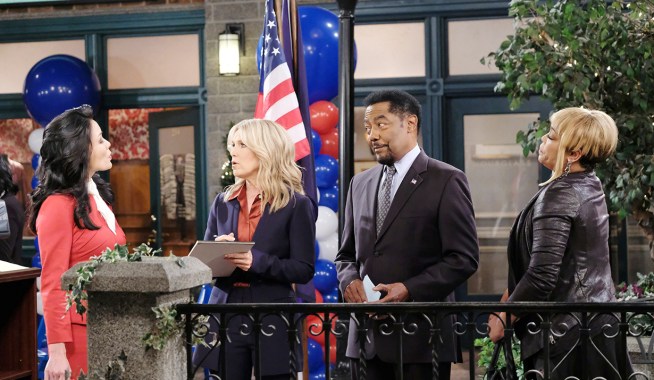 Haley's Immigration Status Is Revealed During the Mayoral Debate 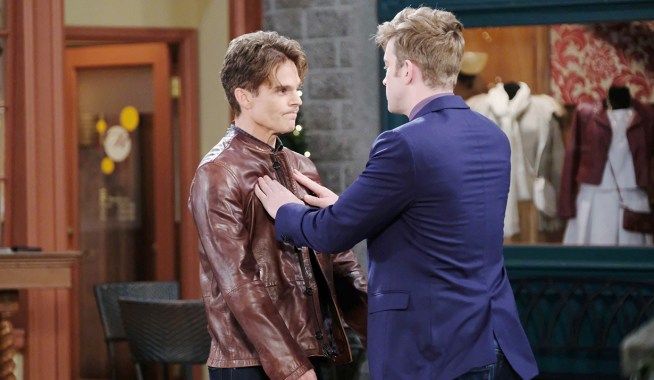