Haley’s Immigration Status Is Revealed During the Mayoral Debate

Monday February 25, 2019: On Days of our Lives today, Ben is rocked by Jordan's truth, Abe is surprised by Sheila's support, and Ciara's shocked at Claire's reveal. 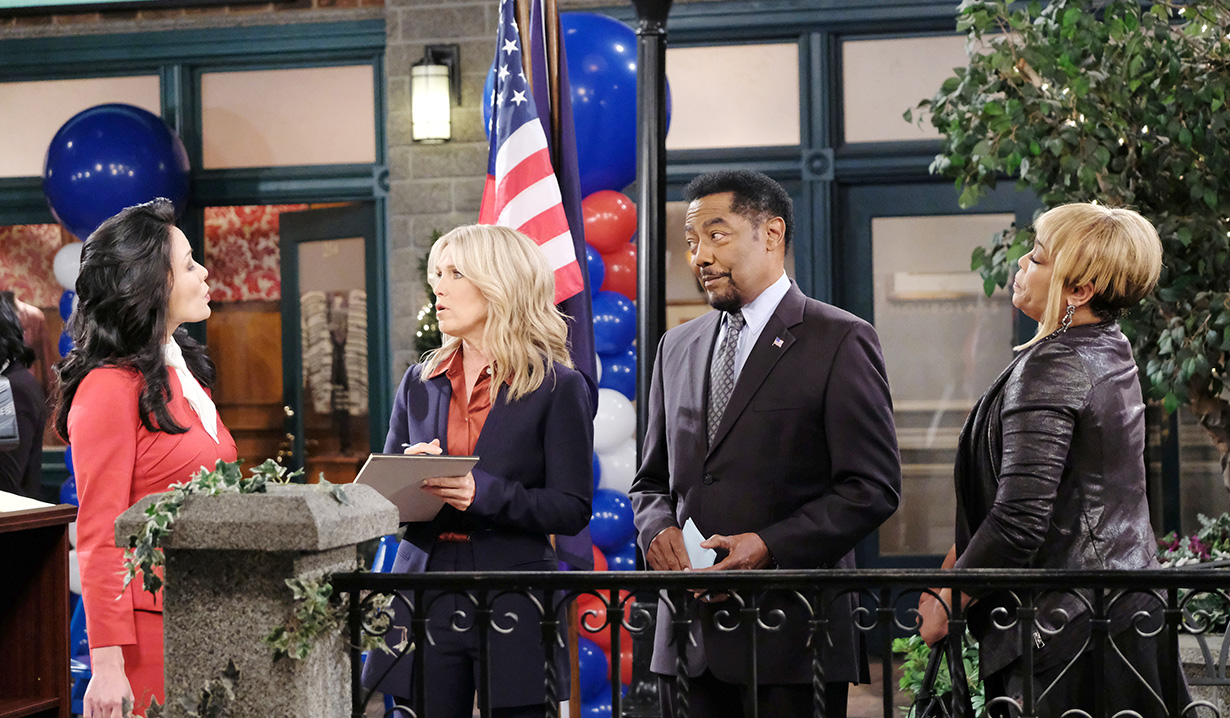 At the police station, Hope lets Ben know that Jordan’s in Bayview, then asks if he’s okay. He tries to wrap his brain around this mess. Later, after Hope has updated him 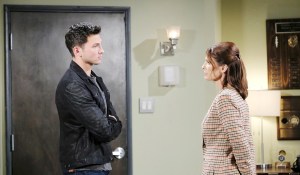 with more information Ben is shocked to hear Jordan killed their mother on purpose and has been convincing herself it was an accident ever since. When she got her memory back of the event, she started becoming fixated on the idea of protecting people. Ben hates that he almost killed his sister. Hope reminds him he was protecting Ciara. Hope says she’s been wrong about Ben and is truly sorry for all she has put him through. She may never be comfortable with him dating her daughter but she’s dropping all charges. Ben’s grateful.

At the hospital, Claire hears Ciara say she thinks she knows who lit the cabin fire and seems startled. She flashes to walking into the cabin and seeing Ciara alone, asleep with a broken leg. Claire found a Zippo lighter and opened the flame. She tells Ciara she set the cabin fire to kill her and can’t live with the constant reminder. In disbelief, Ciara 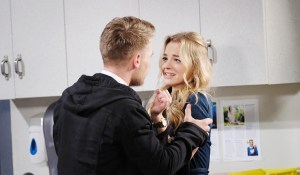 questions her. Claire gasps, “Oh my God, what have I done?” She admits she learned Ciara’s location from her cell and then wanted to be the hero. Once she got there, she wanted Ciara out of her way – permanently. Ciara’s disgusted and asks why but Claire first claims she doesn’t know and admits it’s jealousy. She wanted to win the Bella contest. Tripp is revolted. Claire tears up as she says she got to her car and ran back. By then, Hope was on the scene and Ben was yelling that he was innocent. Tripp grabs Claire, calling her a bitch, and then Claire snaps out of her fantasy and is shocked to hear that Tripp and Ciara think Jordan set the fire.

More: Ari Zucker’s first airdate at Days of our Lives

At the square, Abe finds it grim not having support for his debate since Val can’t make it. Sheila’s got his back. She believes in him. She gives him some tricks on what to say during his speech to increase his ratings. Abe smiles and admits Sheila’s growing on him. Melinda appears and vows to win today.

In Salem Inn, Eve piles on makeup and casually talks about destroying Trask and Haley’s lives when Jack becomes mayor. Jack doesn’t like it but Eve assumes Melinda will pull some strings and Haley will stick around. Jack points out that JJ won’t forgive him.

At his apartment, shirtless JJ is making out on the sofa with 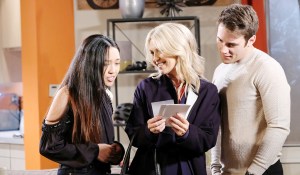 Haley when Jenn pounds on his door. JJ puts on his shirt and lets Jenn in so she can show them actual photographs she printed of the Chabby wedding. JJ didn’t know those were still made. Afterward, Jenn says she’s heading to the mayoral debate and hopes Abe mops the floor with Melinda since “that woman is a monster.” Haley grimaces. Jenn goes and JJ apologizes on behalf of his mother. Haley shrugs it off. They decide to watch the debate and share some romance afterward.

Back at the square, Melinda snarks off about Jennifer being Abe’s campaign publicist and the moderator. Jenn is a journalist and knows how to be objective. Melinda doubts it but isn’t afraid of “liberal bias.” She goes and Eve and Jack appear. Though Jack was squeezed out of the race, they came to watch. Jennifer opens the televised debate and Abe begins his speech. He feels honored to been serving. During the speech, JJ and Haley watch and argue about why she is rooting for her sister. Haley knows her career is her world. Melinda purses her lips at the end of Abe’s speech and says horrific crimes have happened in the square, such as Marlena’s shooting. As DA, they caught the perp but he’s free since he was able to walk into 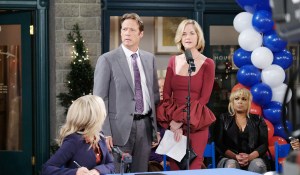 Mayor Carver’s office and delete the proof of the crime. She blames Abe and he responds by taking full responsibility until Sheila steps up and blames herself then resigns. Abe refuses to accept. “We’re only human. Mistakes happen,” he says. Melinda wonders if it was a mistake – citing that Sheila’s an ex-con. Abe fights back, saying Melinda prosecuted too many innocent people because she rushed to judgement. He brings up the police officers’ endorsement while Melinda starts in on the thugs from another country who attacked Chloe. Eve steps up and talks over Jennifer to ask Melinda her stance on “illegal immigrants.” When Melinda won’t answer, Jack jumps up and demands responses. Abe says that’s a federal issue and at home, JJ groans while Haley realizes he shared her secret. Melinda answers that she takes a firm stance against it so Jack blurts that it’s interesting since her sister is one and lives in Salem.

More: Days column on “Gabitch” and oddities in Salem

Hope visits Ciara in the hospital with pub food and tells 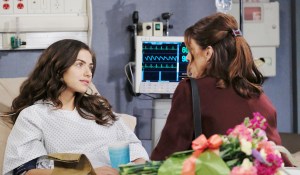 her daughter that she and Ben had a nice talk.

In the park, Ben flashes to almost killing Jordan and bites his knuckles.

Gabi asks Brady to help her. 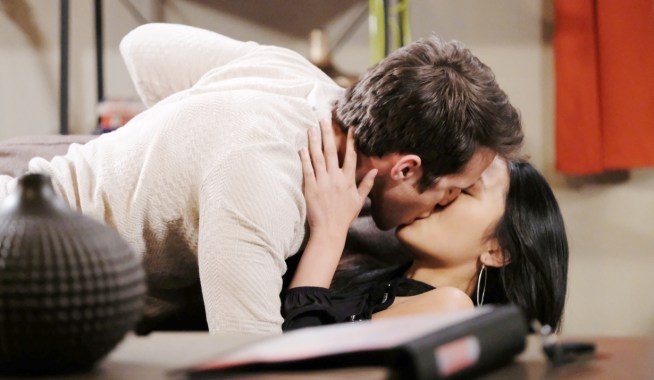 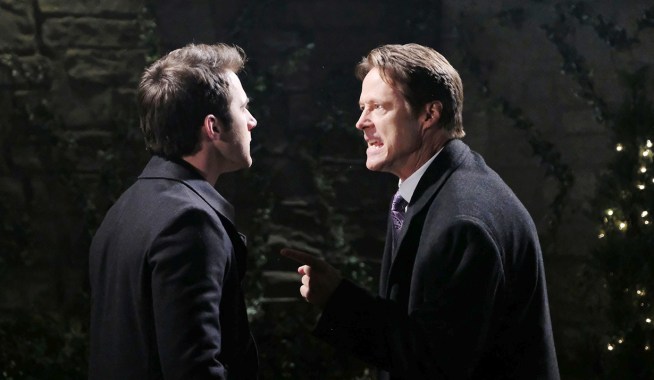