Thursday February 14, 2019: There isn't much romance going on for most Salemites, with the exception of Will and Sonny, while Ciara fights for her life after Jordan sets fire to the burned out cabin. 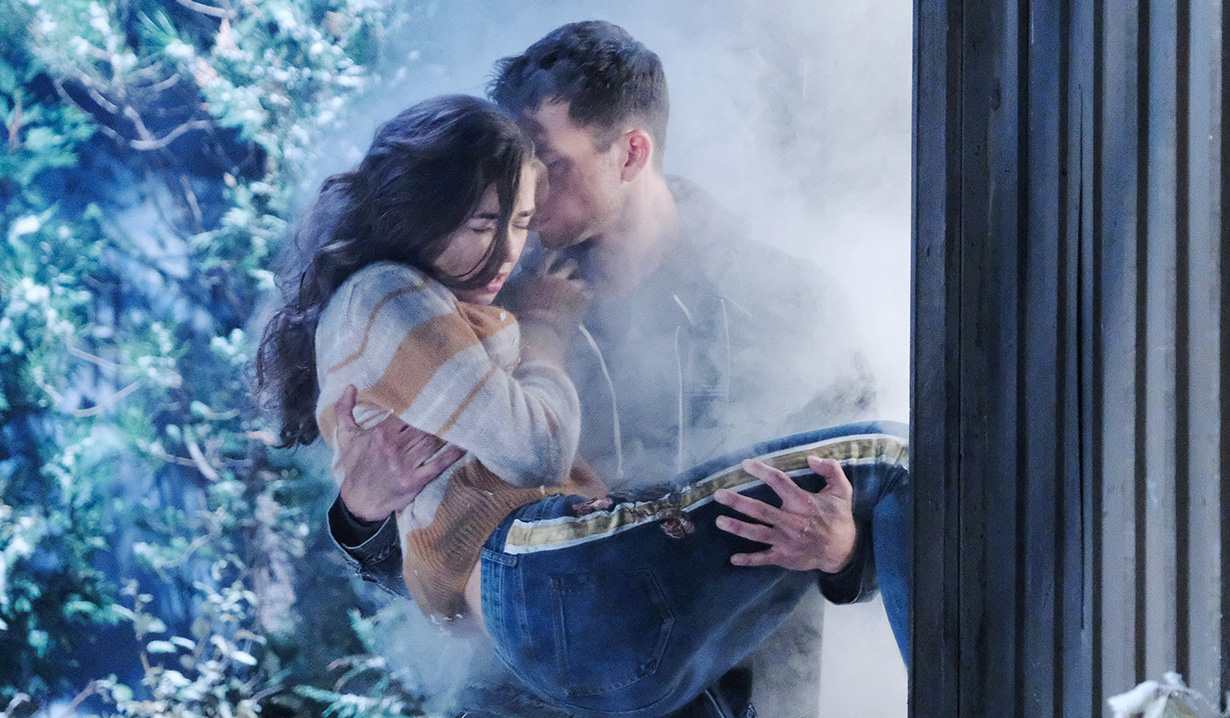 Outside the pub, Marlena asks John if he has any dirt on Leo. John replies that it’s complicated. They head inside and John reminds Marlena that he has 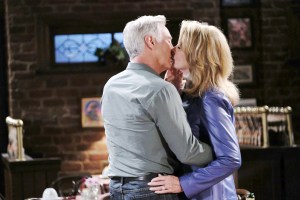 history with Diana. He’s about to tell her the truth about Leo when she gets a text from a patient and leaves. Roman drops by so John confirms Leo’s his son. Roman suggests he wait to tell Doc until tomorrow so he can have some romance tonight. Marlena returns and Roman asks them to lock up when they leave. John’s grateful. Roman leaves and John and his bride drink champagne and toast their life together. John brings out strawberries and whipped cream and calls Marlena his ‘home’. Marlena knows nothing will come between them again. They kiss and Marlena gives John a photo album of their wedding. John gives her a coffee mug with a photo of them on it. They play some music and dance.

More: Flashback to Jennifer proposing to Jack on Days

Will and Sonny meet outside the Kiriakis mansion for their Valentine’s date. They kiss and rush off.

Rafe breaks into Kate’s room at Salem Inn and finds 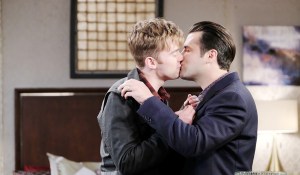 Kate unconscious on the floor with an empty pill bottle beside her. He calls the paramedics, then starts chest compressions. Kate comes to, coughing. He asks if she’s trying to kill herself. The paramedics arrive and take Kate to the hospital.

Jordan sprays an accelerant all around the cabin as Ciara sobs and begs for her life. Jordan needs to do this to ensure Ben stays put away. Ciara screams that this isn’t the answer. Jordan can get help! Jordan lights the fire and takes the baby. She apologizes and goes, leaving Ciara to die.

At SPD, Ben holds a gun to Hope’s back and they leave the station. Ted arrives and finds Eli passed out on the floor. Eli comes to and clutches his head as he explains what went down. Ted runs off.

At Alice’s, Chad and Abigail wonder where Hope is and what answers they’re getting from Ben. He goes out to search.

At the park, Ben tells Hope his sister framed him and has Charlotte and Ciara. Hope thinks “that’s crazy.” Ben says it’s true. Jordan’s troubled. Ted comes up behind Ben and grabs him. They fall to the ground in a struggle. Later, Ben’s gone and Hope picks Ted up and thanks him. Hope worries after Eli but Ted says he’s just a little woozy from Ben hitting him over the head. They ponder whether Jordan really does have Ciara and Charlotte.

Will and Sonny wind up at Salem Inn, having checked in as Justin Bieber to keep things private. They kiss and Will stops things. He recounts how long it’s been since they made love. They’ve wasted so much time. They talk about how many challenges they’ve faced in order to get here. Sonny gushes, “The love of my life has come back to my life.” Will gives him the Valentine’s Day card which is dated for next year. Sonny reads that Will never wants to spend another Valentine’s Day without him again. He signs it with “my husband.” They make out and then make love. Afterward, they bask and flirt.

Ben finds Chad at the square. Chad comes at Ben and Ben begs him to listen. His sister has Ciara and Charlotte. Chad is confused. Ben says she framed him. Chad doesn’t trust Ben so Ben pulls out Eli’s gun and hands it to Chad. They take off for Chad’s car.

Jordan arrives at Alice’s with the baby. Abigail appears and asks, “Oh my God, Jordan is that Charlotte?” Jordan sees a news bulletin that Ben has escaped. Jordan has to protect Charlotte and tries to take her again.

Kate is wheeled into ER. Rafe tells Kayla about how he came to find Kate. Later, Kate’s stomach has been pumped and Kayla tells Rafe something doesn’t add up with the pills and alcohol. Rafe sits with Kate until she flatlines. Then he screams for help.

Back at the cabin, Chad and Ben rush in. As Ben wakes Ciara 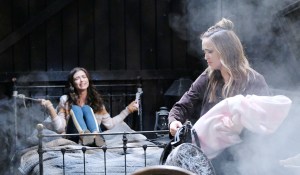 up and unties her, Ciara tells Chad that Jordan took Charlotte. Ben sets Ciara down outside while she explains why Jordan did this, and Chad leaves. Ben holds Ciara’s hand and they hug, relieved they’re together and safe.

Hope and Ted return to SPD. Eli put an APB out on Ben and apologizes to Hope for letting this happen. Eli thinks Ben’s telling the truth – that Jordan has Ciara.

Chad arrives home and Abigail tells him Jordan has Charlotte and won’t give her back. Jordan explains she can’t allow Ben to hurt her. She takes out a syringe. Chad thinks fast and lies that Ben found him and attacked him and that he ended up killing Ben. Jordan starts to cry. She eventually hands Charlotte over and rushes away.

Hope and Ted find Ben holding Ciara by the cabin. Hope points her gun at him and tells him to let go of her kid.

There is a reunion. 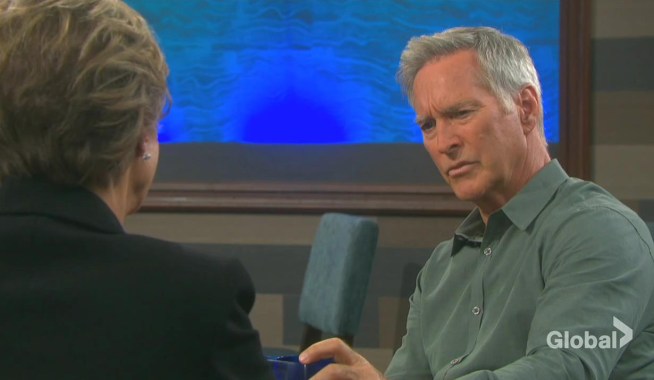 Jordan Attacks Ben While He's Reuniting With Ciara at the Hospital 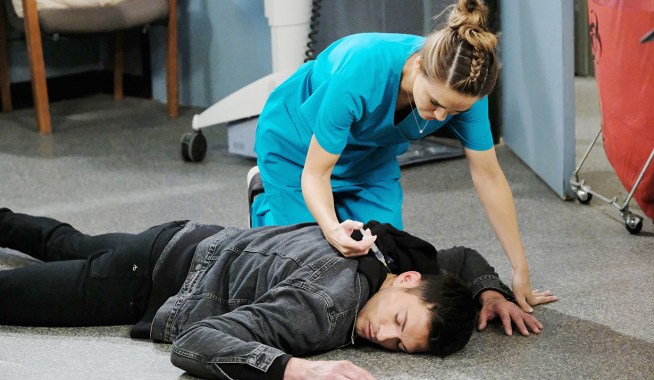