Wednesday February 13, 2019: Diana drops a bombshell on John, Eli doesn't think the case against Ben is adding up, and Jordan attempts to murder Kate. 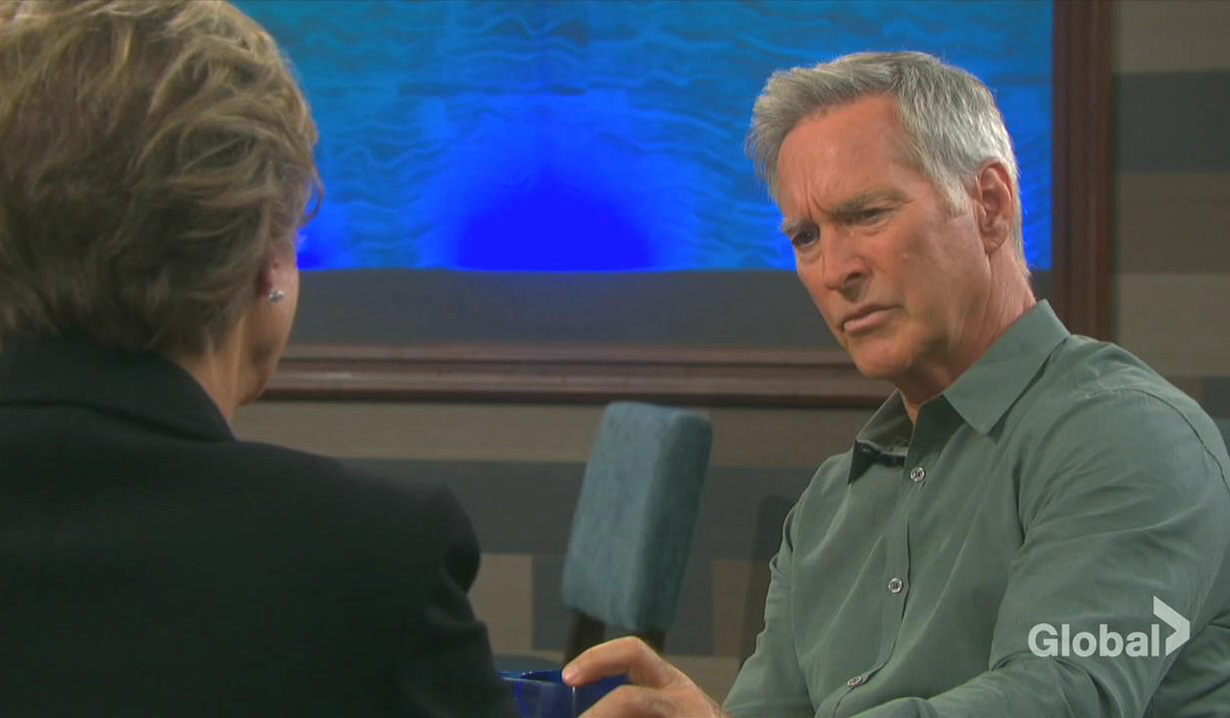 Diana meets John at Doug’s Place. She comments about him wanting to talk on Valentine’s Day but he’s quick to stop her from going there. John flashes to wondering if Leo is his son and Diana flashes to Leo talking about killing his father. Diana cautions that if he’s going to ask for dirt on her son again she’s not going to betray him by providing it. She’s his only family. John’s not so sure about that. He asks if he is Leo’s father, not Richard. Diana confesses, “Yes, Leo is your son.” She didn’t tell him years ago out of guilt for shooting him. And she didn’t spill it when John came to her hotel room because Leo was making life difficult for Marlena’s grandson. She doesn’t want Leo to know the truth. John needs to think about this. He leaves.

At the Kiriakis mansion, Sonny opens a 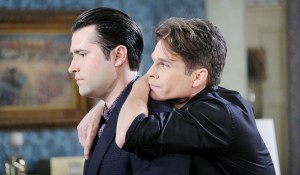 Valentine which shows a photo of Sonny and Will “killing” Leo. He sighs as Leo waltzes in, happy he got his card. Leo demands sex from Sonny or he’ll have no choice but to send him and Will to prison.

Marlena finds Will at the pub, trying to write Sonny a Valentine. He asks if Ben’s “gone psycho.” She doesn’t care for that word and can’t discuss that with him. Will knows and apologizes. Marlena just wishes Ben the best, as she would with any patient. They discuss Leo’s mother and Marlena fills Will in on how she and John used to be a couple. Will is thankful to his grandma and John for “going above and beyond” but he’s losing hope that he’ll be with Sonny. Marlena refuses to let him give up hope. She reminds him that she and John had a lot of challenges and she asks Will to keep fighting. Someday, he and Sonny will be together. Later, Will is much happier as he finishes writing Sonny’s Valentine. Outside, John finds Marlena and she asks if he learned anything about Leo.

At SPD, Ben wonders if Hope could be right, that 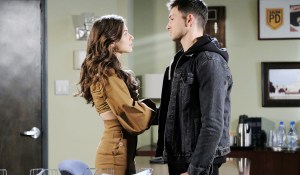 he blocked out kidnapping Ciara, then he hallucinates she’s there with him and suggesting someone must be framing him. She asks who it could be and he starts to think it’s Tripp until the hallucination finds that extreme. Ben realizes then that it must be Jordan. Meanwhile, Hope takes a voicemail from Rafe who says he landed and will be there soon.

Gabi spots Rafe at the square. 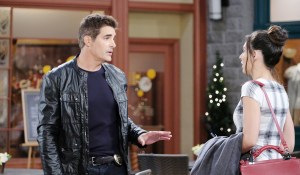 He wants to talk but needs to see Hope. Gabi thinks Jordan might be able to help with Ben. She brings up finding it weird that Jordan was with Kate who was drunk. Rafe’s puzzled why Jordan would help Kate. Rafe leaves Hope another message – he has to take care of something.

Jordan dumps Kate in her bed at Salem inn. Kate asks what she did. Jordan is being sure she stops being so nosy and will ensure she never bothers anyone again. She takes out a new syringe and injects Kate, who falls asleep.

Back at SPD, Eli plays a voicemail for Hope that Ben left for Ciara, 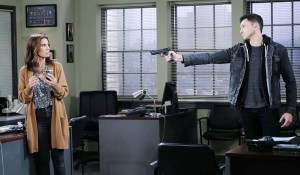 vowing to find her. Eli says this whole thing isn’t adding up. Ben seemed sincere about finding Ciara’s cell phone and Charlotte’s blanket in his room. Hope looks over at Ben and comments that he’s talking to himself. He continues imagining Ciara is there and says he knows that his sister has Charlotte and Ciara. Eli appears to book him and takes off his cuffs. Later, Ben appears behind Hope brandishing a gun.

Gabi arrives home to the Kiriakis mansion and finds Sonny looking upset. He tells her about Leo’s threat and turns to go give Leo what he wants when Gabi grabs him. She won’t let him come between her daughter’s fathers. She plans on ensuring he spends Valentine’s Day with Will. Gabi goes to Leo’s room and finds him naked with a box of chocolates covering a strategic area. He’s startled to see her. Downstairs, Sonny calls Will. 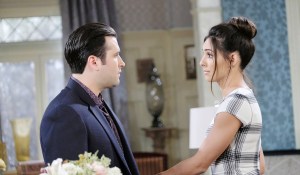 Jordan arrives back to the cabin and tells Charlotte that Ben was arrested for kidnapping. Ciara’s surprised that happened until Jordan reveals how she played a hand in it. Ciara asks to be let go now that she’s safe from Ben but Jordan can’t trust her. “You need to die,” she states. Ciara begs for her life. Jordan shows Ciara a photo of her with Ben and thinks it shows her brother’s obsession with her. Jordan will burn the place down.

Rafe goes to Kate’s room and sees a Do Not Disturb sign. He knocks and asks her to open the door and hears a noise. He busts in and finds Kate on the floor, unconscious.

Will and Sonny get a little loving in on Valentine’s Day. 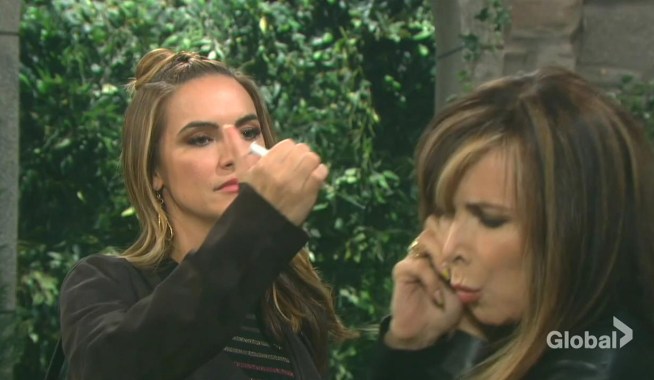 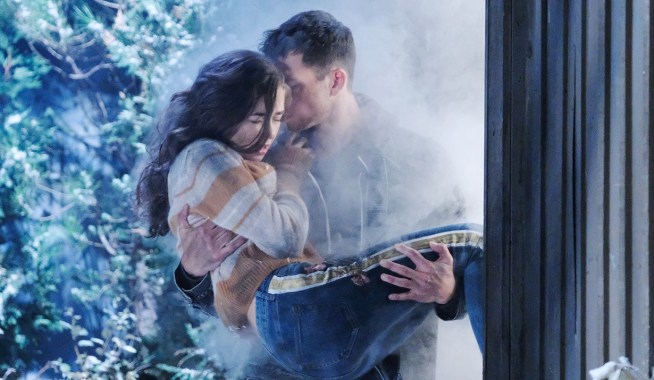