Thursday January 24, 2019: Claire and Tripp get close, Haley and JJ enjoy time together at his place, Gabi runs into Eli who isn't happy to see her, and Jenn questions Abigail's feelings toward Chad. 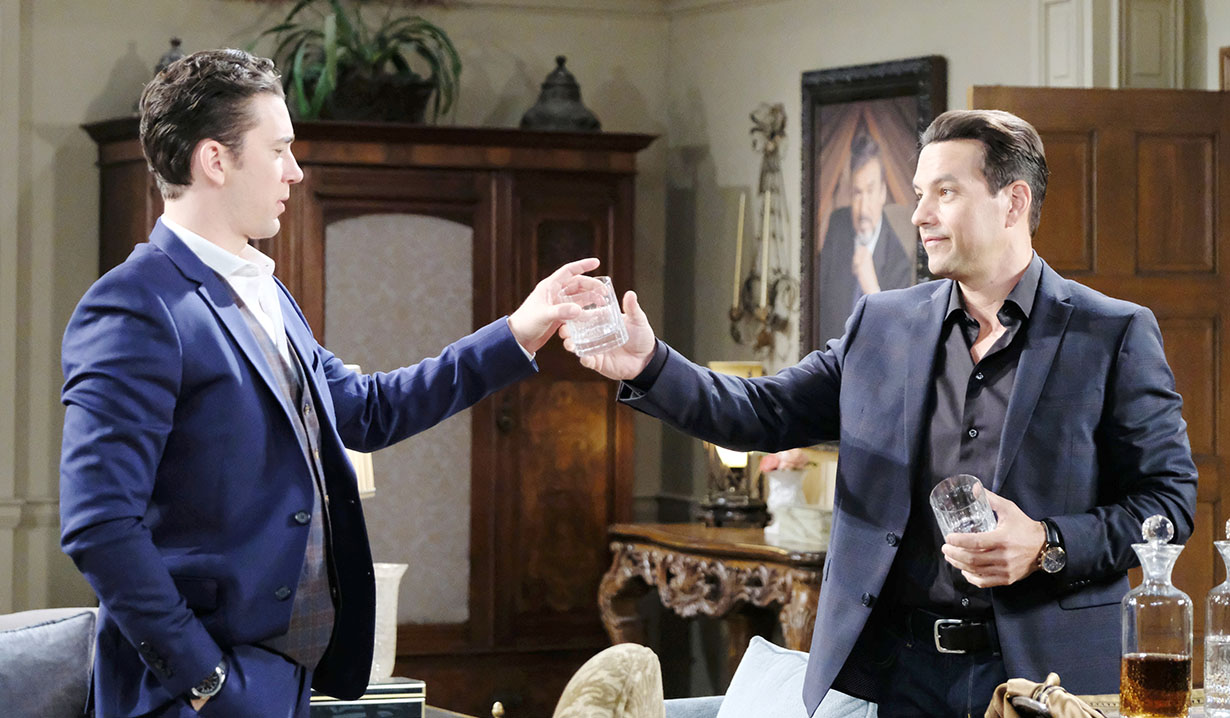 At the loft, Claire can’t make her lyrics work with a new 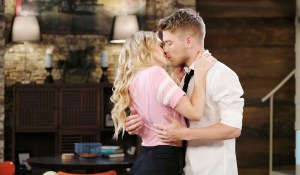 melody she’s creating when Tripp arrives. She’s upset that he was burned in the kitchen and becomes jealous when he mentions the cute nurse who dressed his wound. Tripp shrugs. Maybe he’ll ask her out. Claire was hoping he’d move on with her. She feels a connection to him. Tripp feels the same but is concerned about Ciara. Still, he and Claire move in and share a kiss. Claire drags him to her room.

At JJ’s, Haley tries to cook JJ dinner but sets off the fire alarm. 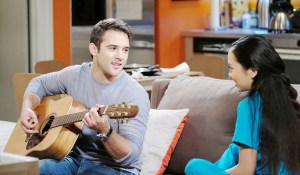 JJ laughs it off and the dinner is saved. They dine and Haley tells him about the handsome guy she treated today. JJ learns it’s Tripp and jokes that he’s much better looking than Tripp. They talk about Haley’s mom being a good cook and JJ opens up about reconnecting with Jack and sharing a big mistake he made. Haley goads him into revealing his biggest mistake. He confesses he slept with Eve Donovan. He’s not proud. Haley’s shocked more when she learns Eve’s daughter was his girlfriend and that she’s dead. Haley’s sorry but JJ doesn’t want to discuss her death. Instead, he serenades Haley and plays guitar. Haley sings along.

Hope runs into Ted at the square after watching Kate walk away. She’s cool toward him and mentions seeing him with Kate. Ted asks why that would annoy her. Hope just can’t picture him with Kate. Ted’s not sleeping with Kate anymore and then notices Hope appears relieved. He asks if she’s jealous. Hope scoffs at that. She’s a happily married woman. Ted asks her to dinner to thank her and it takes some convincing.

From SPD, Gabi calls Kate to leave a message, asking if she heard from the DiMera board about the new CEO. She disconnects and finds Eli who tells her Rafe is in Italy looking after Johnny. Gabi’s surprised he didn’t tell her. Eli thinks Rafe’s upset about what she did to Chad and Abby. Gabi says despite her mistakes, her brother loves her. Eli reminds her of what she did to his grandma. Gabi snipes that she didn’t push “that old bat” down the stairs. She takes off when she gets a text.

At Alice’s, Abigail does laundry and tells Jenn about 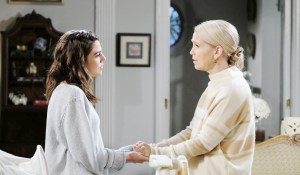 Stefan and Chad living at the mansion temporarily. Jenn asks if she still loves Chad. Abby does but wants peace and stability. She’s not sure Chad can give her that. Talk turns to Jack. Dr. Rolf’s serum is tied up with the FDA and his diary is gone. Abigail has faith they can bring her father back to them.

At the DiMera house, Chad and Stefan await news from the board. Soon, they learn Chad’s the CEO. Stefan congratulates him and says he’s the co-CEO. Chad’s not happy and asks Stefan why he’d want to stay in Salem since he’s lost the woman he loves and his baby. Stefan still has the company. Gabi is let in and interrupts. 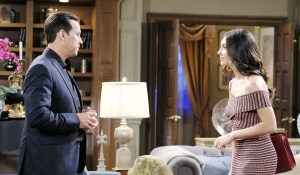 She heard the board’s decision and asks where this leaves her. The men toy with her and she vows that nobody will push her around again. Chad smiles and walks away, while Stefan thinks Gabi should just quit. She refuses and then threatens him. Stefan threatens to send her back to prison for another murder she didn’t commit. They go back and forth like this. He tells her to bring it on.

More: Watch The Ruby Herring Mysteries with a Days alum

At Doug’s Place, Ted and Hope dine and Hope tells him about Rafe’s trip to Italy to help Johnny. Ted wonders if Sami will try to seduce him again. Eli arrives to see Julie but tells them that Melinda Trask resigned as DA. They do a high five. 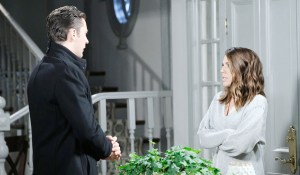 Chad visits Abigail at home. She learns the brothers are co-CEO and that Chad’s going to resign.

Jack Reacts to JJ's Confession That...

Haley's an Illegal Immigrant and...