Haley Is Melinda Trask’s Sister, but That’s Not Her Big Secret

Friday January 11, 2019: Chad arranges a family reunion for the Deverauxs, Eric decides not to fight for Holly, and Rex returns to Salem. 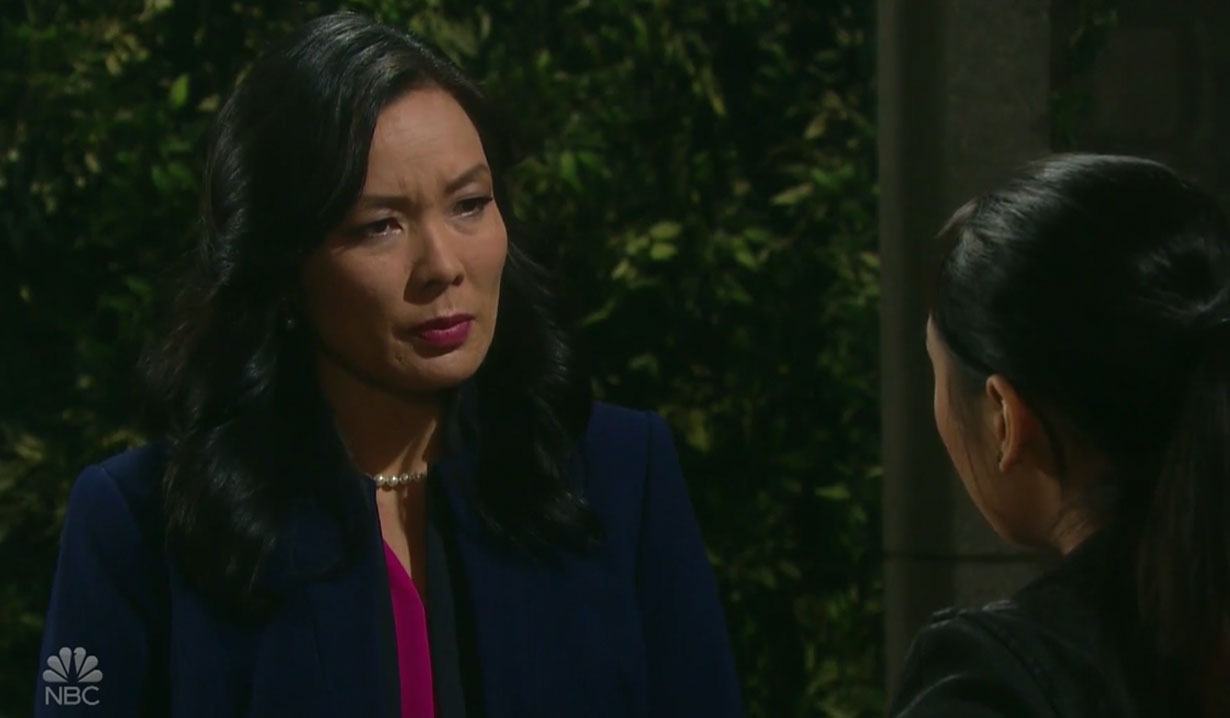 Abigail arrives at Doug’s Place for her private dinner with Chad, only to find a note from him indicating he can’t attend but has arranged for her to have dinner with her family. Jenn and JJ enter, and Abby feels they conspired with Chad against her yet again. 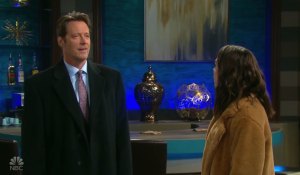 Jenn was hoping the three of them could simply share a meal. Jack walks in and was informed this was going to be a party of four. Jack reveals Chad invited him and even offered to pay him ten thousand dollars to attend. JJ is insulted, but Jack feels he can’t keep sponging off Eve. They sit down for dinner and Jack notices tension between JJ and Abby. JJ says he hasn’t been there for Abigail this past year and he’s sorry. Jenn changes the subject and asks when Jack and Eve are marrying. He has no plans to marry, so she suggests he let Eve know because she is determined to be Mrs. Jack Deveraux. Jack spits his drink out, and JJ warns that Eve tends to get what she wants. Jack switches the subject to their family, and Jenn and Abby remember when they all visited JJ in boarding school in London. Later, Abby decides to leave and check on her kids, and JJ rushes out to check on a friend. JJ leaves, and Abby suggests her father talk to JJ, who can reveal a lot about Eve. Jack suggests maybe she should be careful about a man who tried to buy her affection. Abby lashes out and defends Chad, who knows how important her father is to her. She departs, and Jenn thanks him for coming because it meant a lot to their kids. He asks what it meant to her. Jen feels they made a sweet memory. He knows he was a lousy husband most of the time, but she replies, “Just some of the time.” He asks what they were like. She admits it was hard sometimes, but they built a wonderful life together. 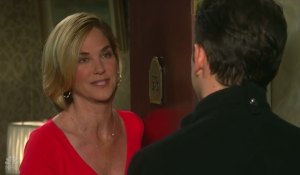 Chad stops by Eve’s room at the Salem Inn, tells her of Stefan’s ousting, and offers her a job at DiMera as Senior VP. She learns it is Paris and knows this is about getting her away from Jack in order to win points with Abby. He suggests she consider it a ticket to a whole new comfortable life. 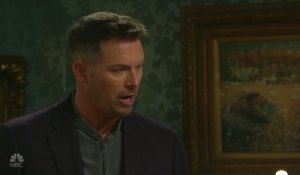 At the Kiriakis mansion, Brady blasts Maggie for letting Sarah take Holly to see Eric without Chloe’s permission, but Maggie didn’t know she had done it until she took off. Maggie believes this is about more than Holly, and warns it would be a mistake for him to get involved with Chloe again. Brady already heard this from Eve, and swears Chloe is just his friend. 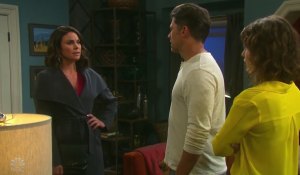 At Eric’s place, Chloe assumes Eric is going to fight her for Holly, but he isn’t. He sees how well Holly is doing given these awful circumstances and he doesn’t want to disrupt her life. She thanks him and insists she wants Eric to be a part of Holly’s life. Chloe leaves, and Eric tells Sarah that he believes this was the right decision for Holly. Eric invites her to stay for dinner, and Sarah ends up having to wear one of Eric’s shirts after a minor cooking mishap results in getting sauce on hers. After dinner there is a knock at the door and Eric is surprised to see Rex standing there. 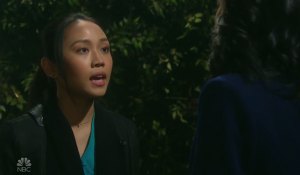 In the park, Haley assures Melinda that she didn’t tell Kayla anything. Melinda won’t watch her life blow up due to her screwed up little sister, and Haley’s secret could ruin everything for her. Haley knows, which is why she tried to kill herself. Melinda apologizes and says her mood has nothing to do with her and everything to do with Abigail Deveraux. Haley asks if she’s related to JJ. She admits JJ is the one who found her and saved her life and has been checking on her. Melinda warns her to stay away from JJ because her own life is complicated enough. She indicates they are just friends, and JJ connected with her because he tried to take his life. She assures her sister she didn’t reveal why she tried to take hers and knows she can’t tell anyone. Melinda hates to add more stress to her life, but she needs to move out of her place as soon as possible. She has made plans, which require nobody knowing they are related. JJ walks up and finds them together.

Chloe arrives at the mansion and indicates to Maggie and Brady that everything is okay. Maggie leaves to get Parker, and Chloe tells Brady that Eric is giving her custody. He’s happy for her. They hug and come close to a kiss, but pull away.

Chad returns home and Abby walks in and gives him a look.

Chad and Abby have a special moment together.

Ben & Ciara Break up and She Leaves...

Jack and Jennifer Almost Kiss When...