Thursday December 27, 2018: Jennifer gets a New Year's invitation, Stefan threatens Gabi, Abby continues to reel from her loved ones betrayal, and Kate drops a bomb on Stefan. 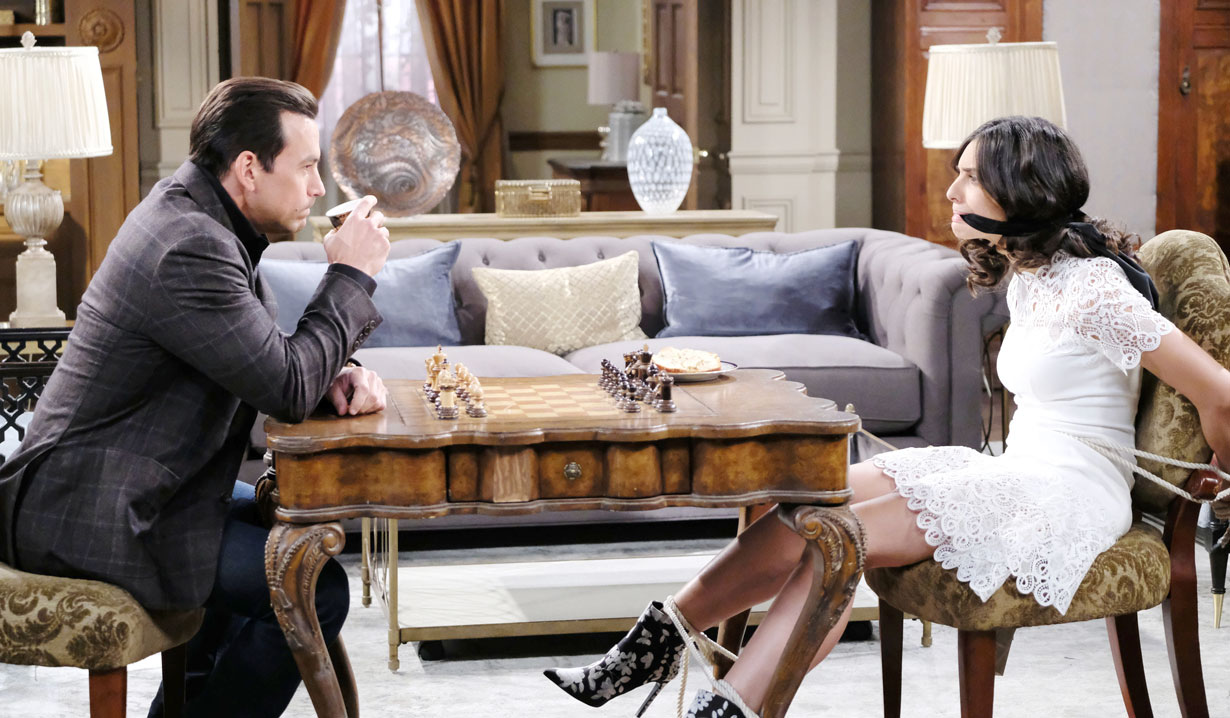 At the hospital, Kate runs into Sarah and apologizes again for how Rex hurt her. 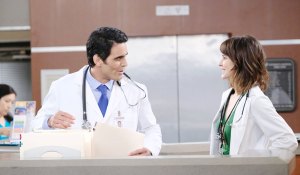 Later, Sarah talks with Dr. Shah (played by Andre Khabbazi). The conversation turns to her cousin Jennifer, and Shah explains he dated her for a while but she had unresolved feelings for some other guy and they got engaged. Sarah tells him it didn’t work out and Jenn is available.

At the police station, Hope tells Ted she can’t keep hiding him in a safe house, and that Stefan has claimed he is no longer interested in Ted. She promises to help him if Stefan comes after him again. He believes her and thanks her for what she’s done. Ted goes to leave, but stops and suggests to Hope that her husband should trust her more, and that it seems the two of them are trying to fix something that is too broken. 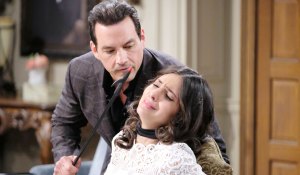 At the DiMera mansion, Stefan has Gabi tied to a chair in the living room and warns her that she messed with the wrong person and is going to pay. He demands to know why she did this to him. Gabi screams it was because he and his crazy girlfriend sent her to prison, and she lost everything thanks to them. She admits she enjoyed hurting him and she’s not sorry for making him suffer. He oddly respects what she did, but notes revenge is a vicious cycle and now it’s his turn again. She thinks he’s going to kill her, but he says murder is the one line he won’t cross. However, she does need to suffer, so he grabs a hot poker out of the fireplace and holds it up to her face. He thinks a nice burned face would be a constant reminder of how truly ugly she is. She dares him to do it, but he unties her and tells her to go. Gabi runs out the door. 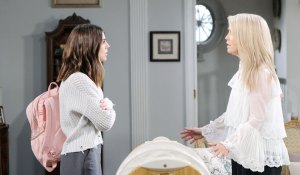 At the Horton house, Jennifer asks Abby if she and Chad are going to work things out now that they know he’s Charlotte’s father. Abby still isn’t over being stabbed in the back by the people she loves the most. Jennifer cries that she didn’t know Chad was going to strike a deal with Stefan to have her committed, and everything she did was out of love. She begs Abby to forgive her. Abby does, but can’t forget what she did. Jenn asks her to forgive Chad too, but she can’t because he sided with Gabi and took her child from her.

At the Kiriakis mansion, Chad meets with Rafe, explains what Gabi did, and orders him to go upstairs and arrest Gabi. When they head to her room they discover she’s not there. Rafe leaves to look for her, and Chad recalls Kate backing up Gabi’s story that Abby attacked her. 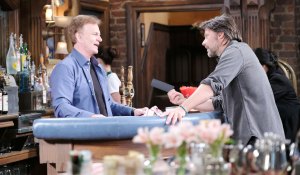 At the pub, Roman gives his son his tickets to the Horton Center’s New Year’s Eve party and suggests he go have fun. Sarah stops in later to order some food for dinner. Eric realizes she has no plans for the holiday, and offers his tickets to her. She agrees to take one if he takes the other. He refuses because he doesn’t want to see Chloe, and urges Sarah to go and have fun. She says 2018 sucked, but getting to know him was the best part by far. 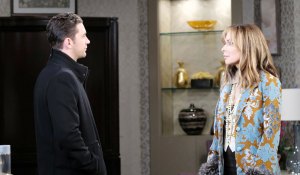 Kate returns to her room at the Martin House. Later, Chad arrives and reveals Gabi confessed to setting Abby up, and he wants to know why she lied to help her. Kate admits she was being blackmailed by both Gabi and Stefan, and was in a no-win situation. Kate says she is sorry, but Chad doesn’t think she is and orders her to stay out of his life.

Rafe arrives at the station and briefs Hope on the situation with Gabi. He decides to put an APB out on her when Gabi walks in and explains she’s turning herself in.

Back at the Horton house, Jenn gets a call from Henry Shah, who invites her to be his date to the Horton Center’s New Year’s party. She accepts. Meanwhile, Chad stops by to let Abby know that Gabi has gone missing. He wants to discuss working things out, but she reminds him that he ripped her child out of her arms, believed Gabi over her, and was about to move in with the witch with their son. She thinks he should have been the one to see the truth, and slams the door in his face after wishing him a happy New Year.

Kate drops by the DiMera mansion and reveals to Stefan that Chad knows everything, and now he no longer has any power over her. Before she leaves, Kate tells Stefan that his mother’s death wasn’t an accident and she deserved it.

Chad and Abigail Confront Gabi Over...