Friday December 21, 2018: Stefan's Christmas spirit is derailed, JJ saves a life, Gabi and Abigail face off, and Doug pleads with his wife to come back to him. 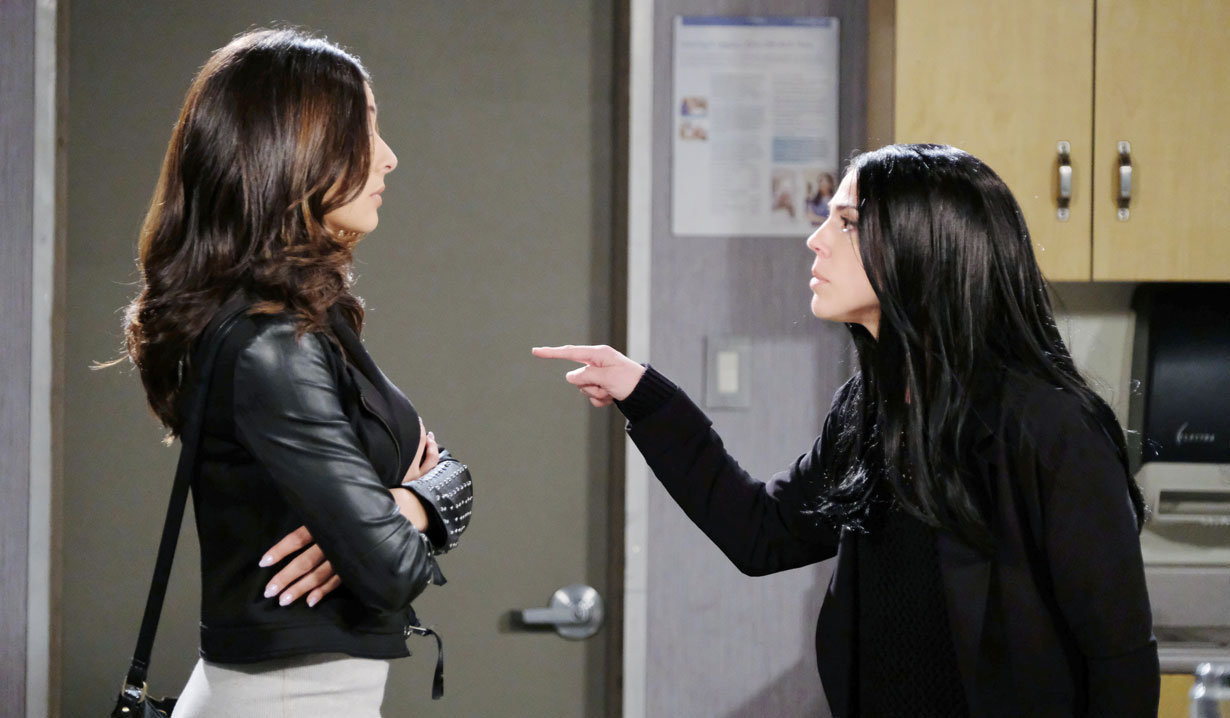 Jenn brings Hope cookies as they look at the Horton Christmas tree at the house. Hope worries about Doug. Jenn assures Hope he’ll be fine because Julie is a fighter. They talk about Abigail, how much they hate Stefan, and Ciara. Hope apologizes for asking Jenn to lie for her, but it was for her daughter. Jenn understands. Doug enters the room looking for his keys so he can go see Julie. Hope thinks he needs something to eat. He says he’s fine, but Hope insists. He agrees, as long as it gets him to Julie’s side quicker. The women run off to the kitchen as Doug holds Julie’s ornament. As Doug eats, he wonders why Julie was at Gabi’s in the first place. Hope explains she was helping Abigail. Jenn had no idea and feels terrible. When Doug’s finished with breakfast, they head to the hospital.

At home, Stefan looks at Charlotte’s ornament on the tree. Rafe barges in to question him about Ted. Stefan mocks him, accusing him of not wanting Ted around Hope. Stefan instructs Rafe to tell Ted if he keeps his baseless accusations to himself they can keep the spirit of the season intact. Rafe warns Stefan about going near Ted and reminds him that Abigail’s family is worried about her. Stefan suggests he quit while he’s ahead.

JJ finds a nurse passed out on the floor in a hospital room. He revives her, as he calls for help. A medical professional runs in with a syringe that JJ sticks into the nurse. She gasps awake but then passes out again. When the nurse wakes up, JJ 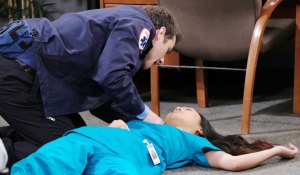 tells her how he saved her. She breathlessly asks him why. He responds that it’s his job. She retorts he wasn’t needed. JJ explains he’s a medic who is supposed to help people, not watch them die. She doesn’t think he could ever understand. He shares his thoughts of suicide from last year after shooting Theo and how someone saved him. He assures her there’s always hope. She knows he means well, but his story is falling on deaf ears. She says he never should have saved her as she falls asleep. JJ starts to leave, but decides against it and sits at her bedside. In Julie’s room, “Gabby’s” presence confirms Gabi’s suspicions that she’s Abigail. Abigail confirms it and sits at Julie’s side, accusing Gabi of pushing Julie down the stairs. Gabi responds by taunting Abigail for her ruse and threatens to call Stefan. Abigail, in turn, threatens to call Rafe to tell him about the drugs she got from Kayla. Gabi relents but tells Abby it’s not over and storms out. Abigail turns to Julie and apologizes for everything. She urges her to come back to everyone who loves her. Abigail gets a text from Minister Mendez to meet. She tells Julie she loves her and leaves. Outside Julie’s room, Rafe consoles Hope, who left Jenn and Doug with Julie. Rafe explains he went to talk to Stefan about Ted. He’s confident Stefan isn’t a threat. In Julie’s room, Doug pleads with his wife to come back to him. Julie’s eyes open.

“Gabby” returns home to give Stefan his gift. He can’t wait to open it and she encourages him to do so. His happiness turns to confusion when he opens the box to divorce papers. She says, “Merry Christmas you son of a bitch.” 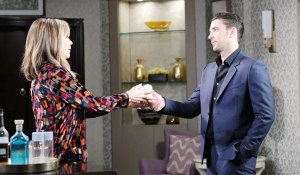 Chad visits Kate in her room to give her a Christmas gift, but she hasn’t gotten his yet. Chad’s okay with that. He tells her Victor fired him. She asks if he needs a place to stay, but Sonny is letting Chad and Thomas stay at the mansion through the holidays. Kate asks about Julie’s fall down the stairs and Chad relays what he knows. Kate flashes to Gabi freaking out about Julie waking up and blowing them out of the water. Chad tells Kate to open her gift, which is Andre’s pocket watch. Kate is touched and hugs Chad. Kate says she has a gift for him too and he’s going to love it. She knows this year has been tough for him but she’s confident things will turn around in 2019. They wish each other a Merry Christmas and he leaves. Alone, Kate writes Chad a letter explaining that Charlotte is his daughter, but ends up crumpling it and throwing it in the trash.

Gabi returns home and looks at the paternity test results. She wonders how she can get it to Chad without it being traced back to her. Chad enters and wonders what she’s looking at.

The Hortons get a surprise while hanging the ornaments.

Julie Awakens for Christmas Eve at...