Monday December 17, 2018: Victor's angry when he learns Chad has made major mistakes at Titan that has cost him, Rafe unloads his heartbreak on his pal Eli, Hope makes a reveal to Ciara, and Abigail lets Kayla in on her secret. 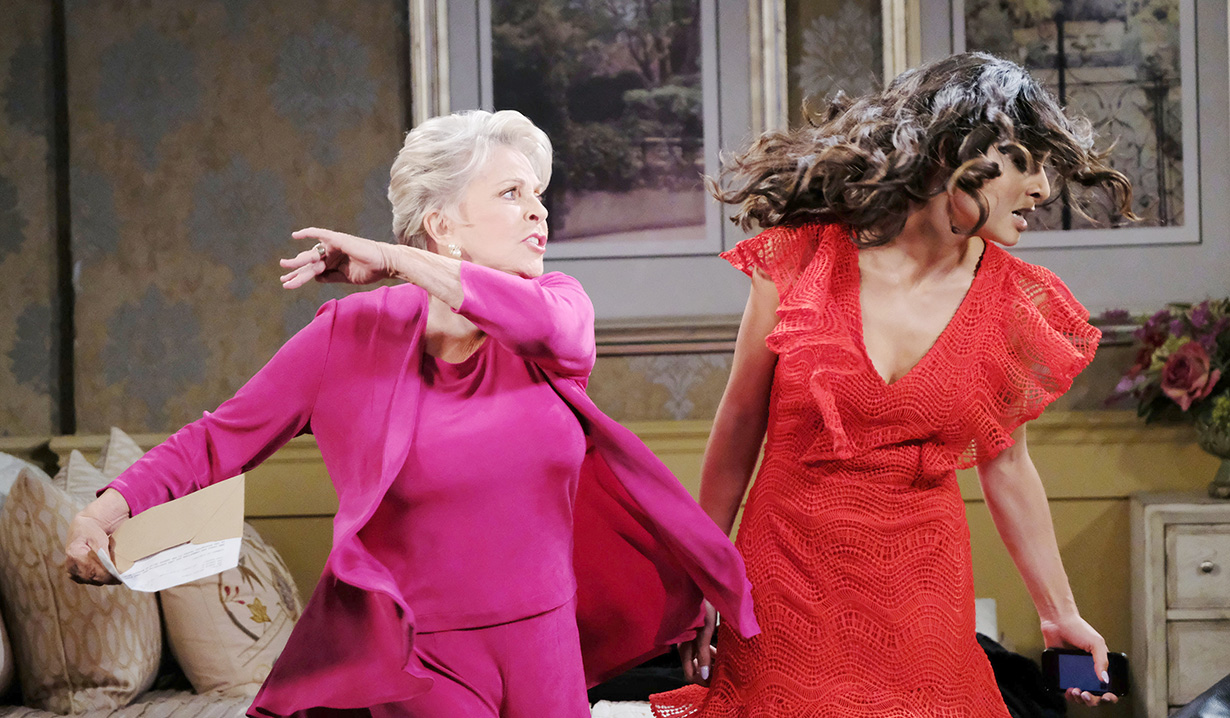 Rafe turns up on Eli’s door at Martin House. 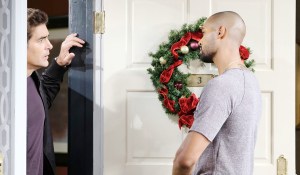 He looks forlorn as he tells Eli he found Hope with another guy who was coming out of the shower. After Rafe relays what went down, Eli understands why Hope kept the truth from him, because Rafe goes by the book. Rafe doesn’t trust Ted and hates that he’s preying on her weakness – her hatred of Ben.

Hope finds Ciara at work at the Brady’s Pub. 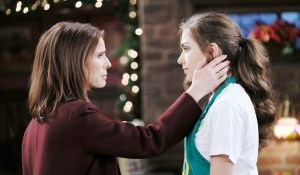 She’s proud. She also heard that her kid is dating Ben and asks how she could date a man who tried to kill her. Ciara denies that happened. Hope reminds her he was a serial killer and Ciara says he was ill. Hope confesses that she lured Ben to a hotel room so he’d admit he committed arson. But he didn’t. Ciara asks why her mother keeps harassing him. Hope says he came to the hotel to kidnap someone – he’s Stefan’s hired muscle. Since they disagree, Hope vows to prove Ben’s bad news.

From the DiMera mansion, Stefan can’t get in touch with Gabby. 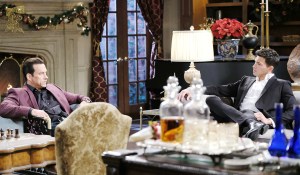 Ben appears. Stefan admits that Gabby turned sex down, saying she has to wait since she just had a baby. Ben thinks that sounds legit. He believes Gabby’s back to stay but Stefan isn’t 100%. Ben will find her and bring her back. Stefan doesn’t want her to see Ben. It might trigger something and bring Abby back.

Kayla catches Abigail in Gabby’s wig in her office and assumes she’s Gabby. 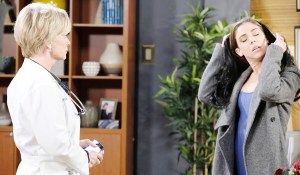 She is about to call the cops until Abigail reveals she’s really Abigail and removes the wig. She explains she faked being Gabby so she could get Stefan to release her. Stefan wouldn’t have let her near Charlotte if she revealed herself to family. “I didn’t have a relapse,” she says and is getting evidence to put Gabi away. Abs tells Kayla that Gabs revealed she was manipulating her sanity. She asks if Kay prescribed sedatives to Gabi. Kayla can’t discuss that. Abby admits Julie’s breaking into Gabi’s room to find proof. Stefan calls and Abby puts on her Gabby voice while she placates him. Later, she talks about divorcing Stefan and asks her aunt to keep this all secret.

At the Kiriakis mansion, Gabi catches Julie in her room 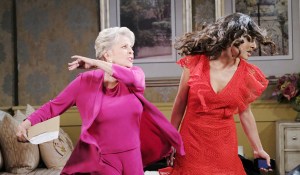 and demands to know what she’s doing. “Turn down service?” Julie jokes. She says she got lost in the labyrinth of the house looking for Maggie. Gabi becomes indignant. Julie admits she was looking for evidence that Gabi was gaslighting Abigail all along. Gabi shrugs. Abby is certifiably insane and thinks Julie is too if she believes otherwise. Julie’s not buying it. She sees right through Gabi and knows how to put her back in her cage. They argue about whether Julie has dementia or Gabi’s evil. Then Nick’s name is brought up and Gabi says he got what was coming to him. Meanwhile, Vic hears Chad bought the money-losing energy company at top dollar in a bidding war with DiMera. What was he thinking? Chad knows it was risky but Victor calls it dumb, reckless and insubordinate – he financed it “with my money.” Vic says it’s bad enough Sonny had to marry Leo. Chad’s baffled. Sonny walks in and reveals he’s being blackmailed but doesn’t give the reason. Talk turns to what Chad did to Titan. Vic puts him on notice. If he does it again, he’s fired. 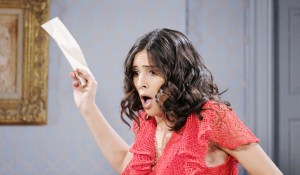 They fill Sonny in and Sonny’s angry that this is how he used his second chance. When Vic hears that this was the second major screw up, he thinks he needs to fire Chad but Sonny vouches for Chad who has done a great job at Titan. Chad understands though and apologizes to Vic, knowing he can’t trust him anymore. Back upstairs, Julie opens the letter Gabi had in her desk and reads that Chad’s Charlotte’s father. She yells and slaps Gabi across the face then asks how she could be so cruel. Julie promises to make her pay. She’ll show this to Chad. Gabi panics, calling it a mistake. Julie shoves Gabi out of her way and in the hall, they struggle with the letter until Julie goes tumbling down the flight of stairs. Chad and Sonny come running.

Ben meets Ciara outside the pub after her shift. 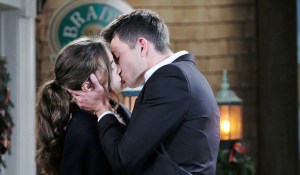 Rafe and Hope meet at the square. Rafe admits he was talking to Eli about the hotel incident. He had Eli and Lani run her credit cards when he couldn’t figure out what she was doing. Hope’s angry that he invaded her privacy.

From the park, Abigail leaves a message for Julie, hopeful she has found evidence.

Julie Fights for Her Life As Gabi...