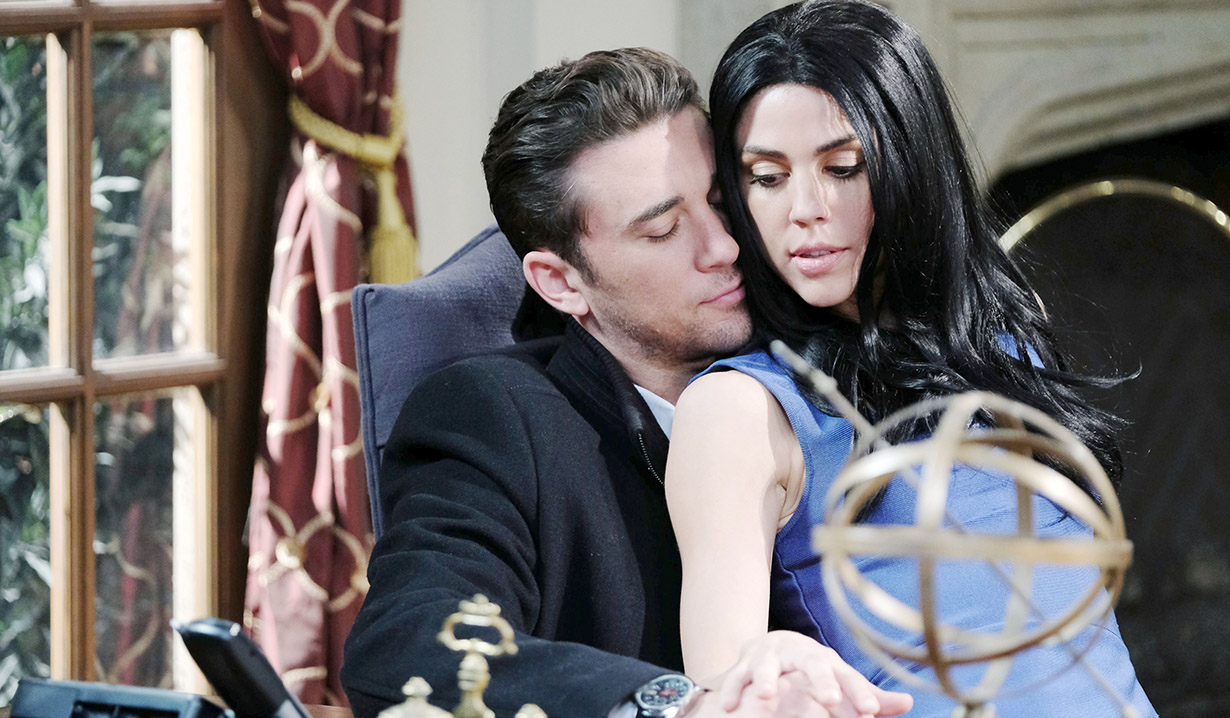 Rafe arrives at The Blue Swallow and demands Hope tell him what’s going on. 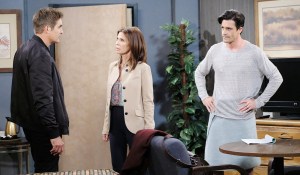 Ted comes from the shower in a towel and lies that Hope’s cheating on him. Rafe punches Ted out and then yells at him to get up so he can do it again. He can’t believe Hope did this and of all people with Ted. Hope says this is all about Ciara. Rafe was at the Horton Cabin. Hope explains she stashed Ted there for his own protection from Stefan DiMera and how they attempted to get a confession from Ben. Rafe asks why they didn’t tell him. Ted says they knew he’d play by the book. Rafe agrees. Hope’s jeopardizing everything in her life and Rafe asks her to walk away from this. Ted assures that Stefan will murder him if they don’t protect him.

In the park, Ben lets Stefan know that Ted’s working with Hope Brady and trying to pin the cabin fire on him. Stefan hopes he can trust Ben. Ben vows he won’t wreck this opportunity. He’ll get Ted.

At the loft, Ciara smiles as she flashes to kissing Ben on their date. Julie appears and asks why she’s dating a serial killer. Ciara appreciates her grandma’s concern but she’s heard it all from her mom. Julie thinks Ben’s preying on her vulnerability.

At Jennifer’s, Chad stammers as he learns that Gabby is back and home with Stefan. Both wanted to believe Abigail wasn’t sick and are worried Gabby is a danger to all. Chad rushes to Casa DiMera since Stefan reneged on their deal. Julie shows up. Jenn makes some tea and learns that Ciara’s dating Ben. Jenn is shocked. Ciara knows Ben caused Abigail’s first psychotic break. Julie asks how Abs is and is heartbroken to learn she’s not doing well. Angered, Julie takes off to kick Stefan’s butt.

With her Gabby wig on, Abigail catches Gabi in the DiMera lounge. 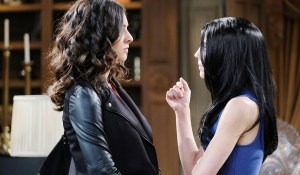 Gabi thought Abby was locked up. “Surprise, bitch,” Abby says. She lies that she turned into Gabby after Gabi confessed to gaslighting Abigail. She grateful to Gabi because if it wasn’t for her, she’d still be locked up.  Gabi isn’t buying that Abigail is her alt Gabby. Abby won’t be held responsible for her actions. She got away with murder once. “What if instead of slapping that smug look off your face, I just killed you instead?” Chad arrives. “Gabby” gives her the boot. Gabs goes and “Gabby” kicks Chad out. Chad’s looking for Stefan. He sits and “Gabby” says she knows that Chad hasn’t been there for Abigail. He couldn’t even look at Abigail or touch her when she was pregnant. She sits in his lap and says all Abigail wanted was his acceptance. He couldn’t provide that. “Gabby” gets up. Chad says she’s right. He was hurt and confused but never stopped loving Abby. With her back to him, Abby tears up. “Your cruelty to Abigail made her sick again,” she states. Chad moves in on her as if to kiss her. “Gabby” says if she has it her way, he’ll never hurt Abby again. Chad moves in for a kiss again and abruptly leaves.

Ben visits Ciara at the pub. She’s starting her first shift, setting up a birthday party for a senior who “Loves soap operas and yard work.” Ciara tells Ben that Julie practically ordered her to stay away from him. Ben asks if she’s dumping him. Ciara isn’t. She laughs that nobody can hold a grudge like her grandmother.

Back at The Blue Swallow, Ted gets a call from Stefan. 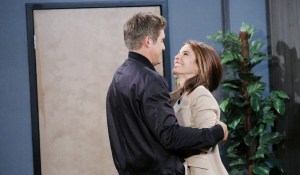 He puts him on speaker. Stefan heard he’s been speculating against Ben Weston. Ted says everything he said is fact. He talks about Stefan locking him up on the island. Stefan calls his claims unsubstantiated and intimates that if Ted doesn’t stop, they know where to find him. He disconnects. Ted demands Rafe continue protecting him. Rafe agrees and he and Hope agree to no more lies. They embrace.

From the park, Gabi’s on a call with Kate who says their mission is not accomplished because she found Abigail at Stefan’s pretending to be Gabby. Gabi sees no point in giving these paternity papers to Stefan now. She disconnects and turns around to see Stefan behind her.

Back at Jenn’s, Chad lets Jennifer know what happened when he saw Abigail. Chad feels he failed his wife. Jennifer tells him not to let Gabby’s bravado fool him. He shouldn’t give up on Abigail. Chad bemoans not being there for her but he’ll fight like hell for the mother of his child. 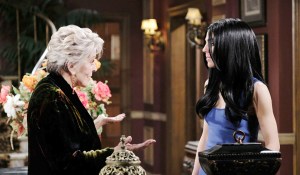 Julie arrives at the DiMera mansion. She cries out, wondering what Stefan has done to Abby. Abby tells Julie that she’s not Gabby. “It’s me. Abigail,” she reveals. She fills Julie in on faking another mental break because of Gabi gaslighting her. She asks for Julie’s help in getting proof. Julie believes her. She knows what Gabi Hernandez is capable of and together, they’ll make her pay.

Hope Pulls a Gun on Ben Weston When...

Lucas Says Goodbye to Family After...