Tuesday December 11, 2018: Today, Susan Seaforth-Hayes celebrates 50 years on Days as Julie, Will and Sonny fight with Leo, and the Hortons start trimming the tree. 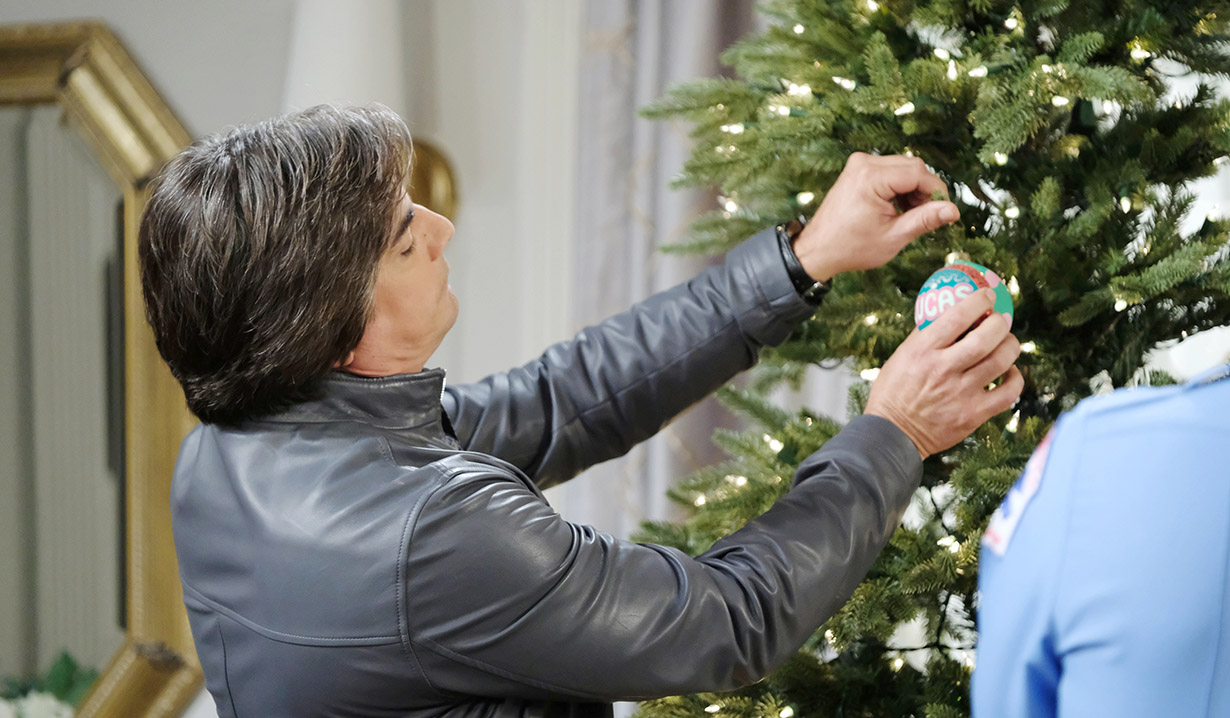 At the town square, Julie caresses the plaque for Tom and Alice as she lovingly flashes back to a call with Tom years ago.

At Alice and Tom’s house, JJ and Doug take the 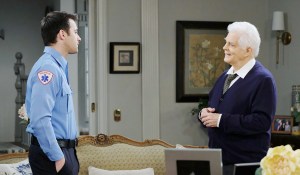 decorations down from the attic, hopeful that trimming the tree will lift Jennifer’s spirits. Doug warns that Julie’s going to try to set him up. JJ’s not ready. Doug assumes he’s still in love with Lani. JJ has feelings for her but knows it’s over. They do a funny walk on their way to the kitchen for eggnog.

On the door of Eli’s room at Martin House, 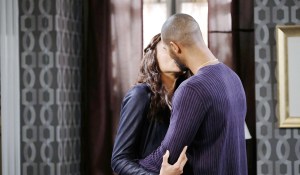 Lani hangs a holiday wreath, happy Sheila’s looking for her own pad. Eli convinces her to help trim the tree with the Hortons.

Outside the pub, Lucas is happy that Will and Sonny found their way back to each other. Will is going to miss his dad but knows he needs to be there for Allie. The men embrace and admit they’re proud of one another.

Leo finds Sonny in the Kiriakis lounge. He wants to know if Sonny’s going to “marry this hunk of burning love” or throw his life away. Sonny questions why he wants to marry him and learns that Leo doesn’t even think Will bats in his league. Sonny’s about to say yes when Will interrupts. He won’t let Sonny marry Leo and will lie that he tried to kill Leo to save Sonny from going to prison. Sonny refuses to allow that. Leo snidely says it’s touching but the photos show the both of them. They’re both going to prison.

From Doug’s Place, Julie talks to Abigail on a 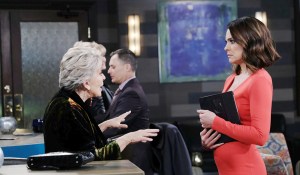 call about getting a quick divorce from Stefan and proving that Gabi has been gaslighting her. She vows to tell nobody. “Your secret is safe with me,” she says, as Chloe walks up. Julie disconnects and Chloe questions her. Julie calls it a private conversation and says it’s not like Chloe’s her friend. Chloe breaks down in tears, then apologizes. She reveals her break up with Lucas and the reason behind it. Julie’s heartbroken. She gives Chloe a tissue and tells her that they weren’t meant to be. Chloe’s beautiful and talented and advises that she’ll find her true love. They hug.

Lani and Eli arrive at the Horton homestead. They kiss as 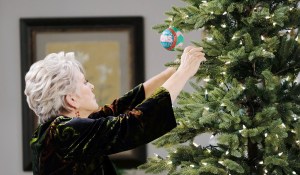 JJ and Doug appear. While Doug and Eli get decorations, Lani and JJ catch up. JJ is supportive of Lani and Eli’s relationship. They embrace. Doug and Eli return as Julie arrives. She is overcome with emotion when she finds her grandparents’ ornaments, and tells them that their plaque brought back a vivid phone conversation they had years ago. She flashes back this time to talking to Alice, accepting an invitation to return home for Christmas, even though Julie was worried that her grandpa wouldn’t want her to return. Julie shares the story that she was living in San Francisco and lonesome. It was the year before she put Eli’s dad up for adoption and through a twist of fate, she got to raise David who has now passed. She’s happy he left her with two grandsons. Later, she pulls out some mistletoe pot, having had no idea that it was canibus and Doug shrugs, thinking it’s festive. They remember when JJ accidentally mixed up the pot brownies. JJ’s sorry but Doug says it was the most fun Julie had.

Lucas visits Kate at Salem Inn to let her know that he broke off with Chloe. Kate makes some cutting remarks 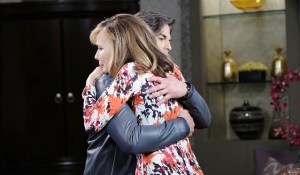 but Lucas clarifies it’s because Allie’s in trouble and needs him. He’s leaving for Europe today. Kate agrees to keep an eye on Will. Kate worries she’s driving everyone away. She laments not being an amazing mother but Lucas loves her and promises she did a good job. They embrace as she cries.

Lucas turns up at the Horton’s to say goodbye. Everyone is shocked. They embrace him and are supportive. Julie says Salem will always be his home. 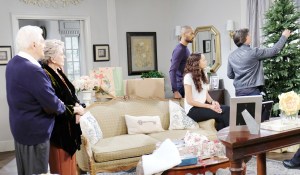 JJ hands Lucas his ornament, saying he hates to break tradition, but they all agree Lucas should hang it. He does so and Julie tears up. Later, everyone has left when Doug brings Julie a cake. They’re celebrating 50 years since she returned to Salem permanently. He recalls falling for her and they reminisce about beautiful times together as Doug’s voice is heard singing “The Most Beautiful Girl in the World” in the background during a montage.

Kate visits Chloe at Doug’s Place and they commiserate 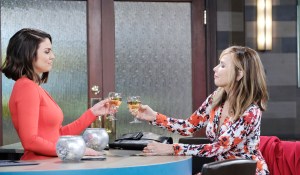 over Lucas leaving Salem. Chloe can’t be angry with him since he’d do anything for his children. She says Lucas is a lot like Kate that way. Kate’s shocked. Of course, Chloe points out that Kate goes over the top sometimes but she raised a wonderful son. They drink to Lucas.

JJ is thrilled to get a call from Theo while he’s at the hospital.

Eli and Lani walk to the park, sad Lucas is leaving but happy for their first date. Nearby, Lucas has his bags beside him as he waits for his taxi. He recalls Julie telling him that Salem will always be his home as he gazes at the Horton plaque and says, “I’ll be back. Someday.”

Abigail Feigns Being Gabby and...

Chloe Learns Nicole Wanted Her to...