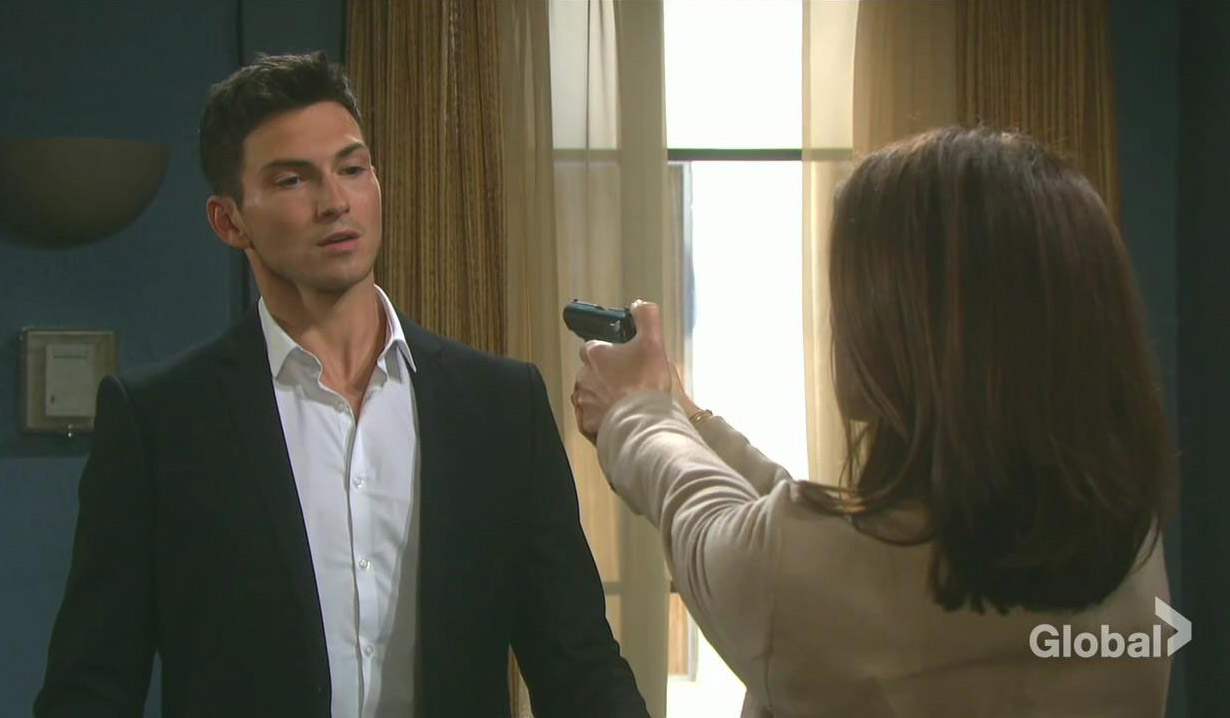 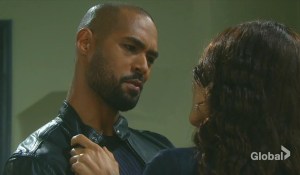 She kisses him. She reveals she’s been afraid of making a mistake and getting hurt. They’ll take things slowly. They smooch and Lani suggests he start sleeping on the floor and let Sheila have his bed, instead of sleeping together. Eli agrees to it but jokes that he doesn’t know how he’ll cope since Sheila’s a snuggler.

At Casa DiMera, Ben calls Ciara and they talk about what a great time they had last night. Ben then takes a call from Ted. If he wants to pursue the lawsuit against Salem PD, they have to meet. Ben will meet him now at Salem Inn. 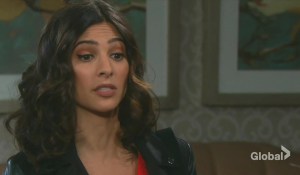 Chad’s Charlotte’s father. She wants Stefan to bond a little more with the baby and then will tell the truth. Kate calls her diabolical. Gabi thinks it’s high praise but Kate says it’s not. She needs to tell the truth now. Gabs will find a way without implicating herself. She wants to secure her place as Chad’s wife and Charlotte’s mother before Abby gets out of the “loony bin.” Gabi considers giving him the results anonymously which Kate pooh poohs. Gabi suggests setting up Stefan. Kate asks how Chad will discover it. Gabi will crack his safe and plant them with directions she got from an inmate. In his own room, Ted and Hope scheme to record Ben’s confession. She hides in the bathroom when Ben arrives. Ted talks up a possible lawsuit but first needs to know all the facts, such as, “Did you start the fire?” Ben isn’t interested in a lawsuit. He has an income now. He works for Stefan. Ted panics and Ben moves toward him so Ted yells for Hope who comes out, gun in hand. 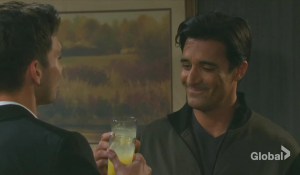 Ben asks the commissioner what is going on. Ted claims Ben kidnapped him but Ben’s confused. That never happened. This appears to be a sting. He asks Hope when she’ll give it up. He’s innocent. Hope brings up his new job. Stefan’s the only one who will hire him. He will file a lawsuit – with a new lawyer, if she doesn’t stop harassing him. He doesn’t respond when she asks if he was out with her kid last night. He goes and Hope agrees to take Ted back to the cabin to hide. He goes to shower first while she calls Rafe with the truth.

More: Days gets nominated for WGA

From home, Jenn gets a message from Hope, asking her to lie about her whereabouts last night. She’s about to return her call when Chad appears and glumly says Abby never wants to see him again. Jenn’s sorry. Chad doesn’t understand why Abby thinks she’s all alone. Jennifer offers to help him with Thomas while he gets through this. Rafe arrives looking for Hope. Jennifer doesn’t know where she is so he takes off and Jenn heads to the hospital.

At Bayview, Abigail thinks she’ll go crazy if she has to stay there a minute longer. Stefan appears to take her home. She jumps into his arms. He hands her a bag and leaves while she dons a wig and dresses in Gabi Chic. When he returns, he approves. They kiss.

Abigail and Stefan arrive at the hospital to see Charlotte. 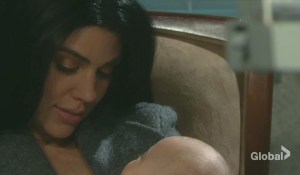 Stefan works on the baby’s release while Abigail bonds with her daughter. Jennifer arrives, asking to see Charlotte. Stefan says she can’t. He and Charlotte’s mother are taking the baby home. Jennifer’s shocked. He tells her Gabby has returned. Jenn thinks her daughter needs help and has a fit, demanding him to commit Abby again. Abigail from the baby’s room and refuses to go back. She feigns being Gabby as Jenn arrives and learns she’s Gabby again and begs her to get professional help.

Stefan, “Gabby” and Charlotte arrive home. Stefan is the happiest he’s ever been. They bring the baby upstairs and Ben returns to tell Stefan things with Ted didn’t turn out. They go outside to talk since Stefan hasn’t told “Gabby” about Ben yet. While they’re out, Gabi lets herself in but can’t get into the safe. Abigail catches her in the lounge. Outside, Ben tells Stefan about the sting.

Rafe appears at SPD looking for Hope. Lani and Eli haven’t seen her. He tells them about the romantic looking scene at the cabin but none of that matters. He’s really worried. They track her credit card to The Blue Swallow. Eli’s shocked since it’s a seedy area of Salem. Rafe heads there while Lani and Eli bond over tacos.

Chad arrives at Salem Inn and bemoans losing everyone he loves. Jenn calls and asks him to come by.

Rafe arrives at The Blue Swallow and Hope’s eyes widen. She lets him in just as Ted comes from the shower in a towel.

Chad arrives at Jenn’s. She tells him Gabby’s back and in control.

Abby turns to Julie for help.

Eric Snaps During an Argument With...

Abigail Feigns Being Gabby and...