Eric Snaps During an Argument With Brady and Things Get Physical 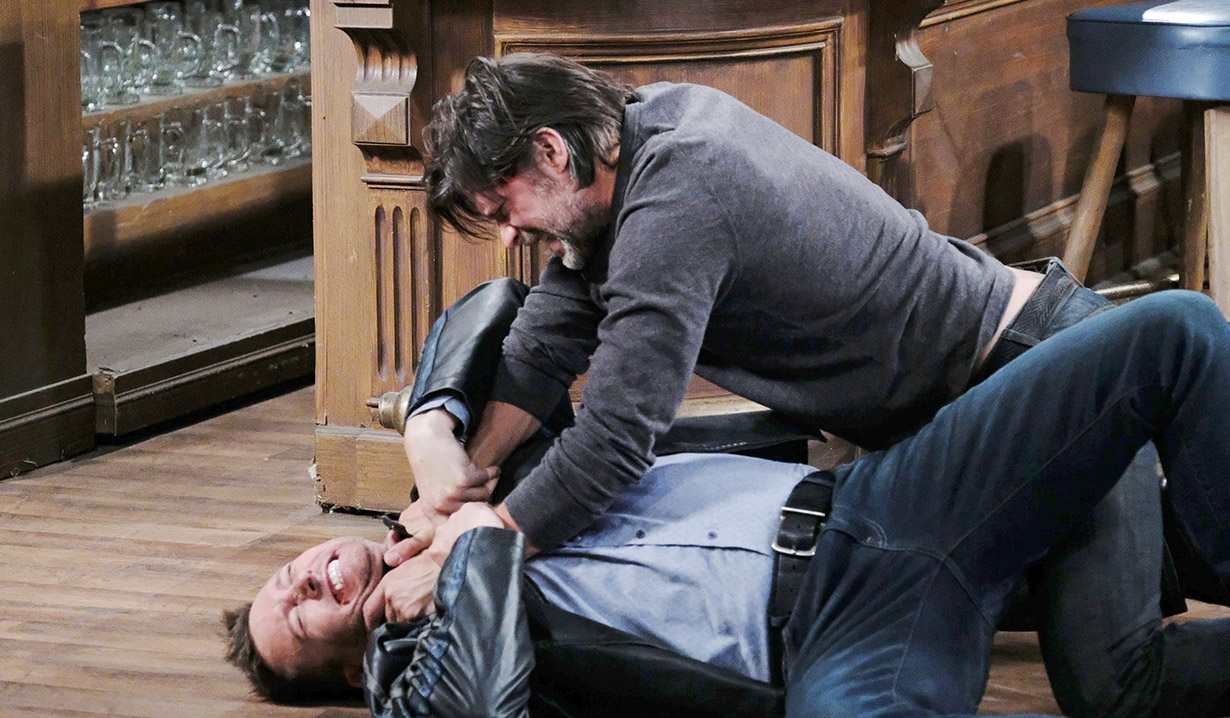 Chloe’s excited to see Lucas finally home from Europe at Doug’s Place. Lucas reveals he only came to get his things. He’s returning to Italy to be with Allie. Thanksgiving dinner was nice but Allie had a glass of wine, and went behind his back. By the end of the night, she was trashed. She needs him. He couldn’t live with himself if he didn’t do all he could to protect her. Chloe is supportive but upset that he doesn’t expect her to wait for him. Lucas is grateful to her and cares for her. They’ll miss each other. Chloe cries as he hugs her goodbye.

At the pub, Eric and Marlena discuss how to tell Holly that her mom isn’t coming back. 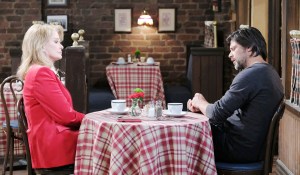 Marlena goes and Brady arrives. He wants to arrange a memorial service for Nicole. Eric glares. It’s already in the making. Brady says he loved Nicole too. Eric snaps and calls Brady a coward. Brady thinks he should accept his fault – he had sex with Nicole while she was with Brady. And the reason Holly doesn’t have a father in the first place is because of Eric. Brady’s tired of Eric’s holier than thou attitude. Eric snaps and punches his brother in the head. Brady goes at Eric and they tussle.

At the Kiriakis mansion, Maggie and Sarah try to decide on which holiday dress to order for Holly online. Sarah asks if it’s time to think of Holly moving in with Eric since he’s responsible for her. Maggie points out that Eric’s not her father. “She belongs with 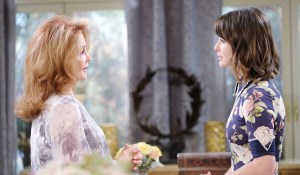 me,” insists Mags. Holly has family here. Sarah asks her mom not to take this away from Eric, who needs it to heal. Maggie admits Eric hasn’t always been stable. “He’s one slip away from falling off the wagon.” They can’t take the chance. Sarah asks for her mom to trust her.

Lani arrives on Eli’s doorstep at the Martin House to Sheila drying herself off. She remarks that she just had a shower. When Eli comes from the bathroom in a towel, Sheila intimates 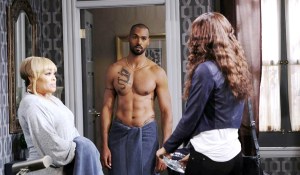 that she didn’t shower alone. Lani thought they were just friends. Sheila shrugs. Lani doesn’t want him so why should she let “this hot police business go to waste.” Jealous, Lani leaves the pie plate she brought and goes. Sheila chuckles while Eli’s angry he has to put a fire out.

In the square, Marlena and John talk about supporting Eric and making Christmas special. They prepare to go shopping and spot Abe. 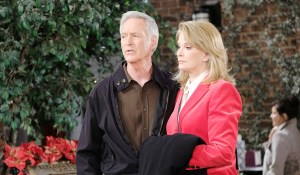 They visit. He tells them how wonderful Julie and Doug’s Thanksgiving dinner was and they discuss Val’s move. John thinks that absence might make the heart grow fonder. Abe gets a call from Sheila who wants to know, “Hey boss, what’s crackin’?” Nothing is “crackin’,” says Abe. Sheila is on her way to meet him. Abe tells his friends he hired Sheila, which surprises them. They go and Abe gets a call from Val, who can’t visit this weekend. He disconnects when Sheila appears. She gives him his present. She organized his bills. Abe snaps that he has a system. Now he’s confused and snaps at her. He apologizes when she becomes upset. 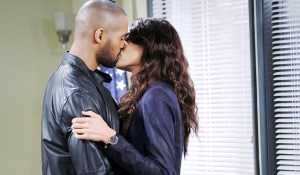 Eli arrives at SPD and tells Lani that he and Sheila didn’t have sex. She was messing with Lani. He said nothing out of curiosity. She looked jealous. Lani pushes him away so he asks for honesty. Lani admits she cares for him. Eli’s happy to hear. Lani reveals she is into him and they kiss.

Horrified, Sarah and Maggie stop Eric from choking Brady at the pub. Brady goes and Sarah orders Eric to sit while they apply ice to his face. Maggie doesn’t want Eric raising her granddaughter since he’s in a bad place. Sarah defends Eric then kicks her mom out. Eric won’t let Maggie take Holly from him. Sarah will help. They hug. 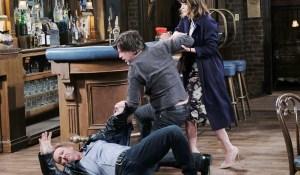 At the park, John and Marlena debate their sons and disagree with each other, but they do agree to put their family back together.

Brady goes to Chloe at Doug’s Place and tells her about the fight. She explains Lucas broke things off and why. 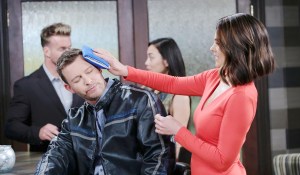 Hope and Ted set a trap.

Romance Is in the Air for Ciara and...

Hope Pulls a Gun on Ben Weston When...