Wednesday December 5, 2018: Ben and Ciara go on their first date, John and Marlena share a little romance, and Brady has an idea on how to save his relationship with Eric. (Please note this episode was pre-empted in some markets.) 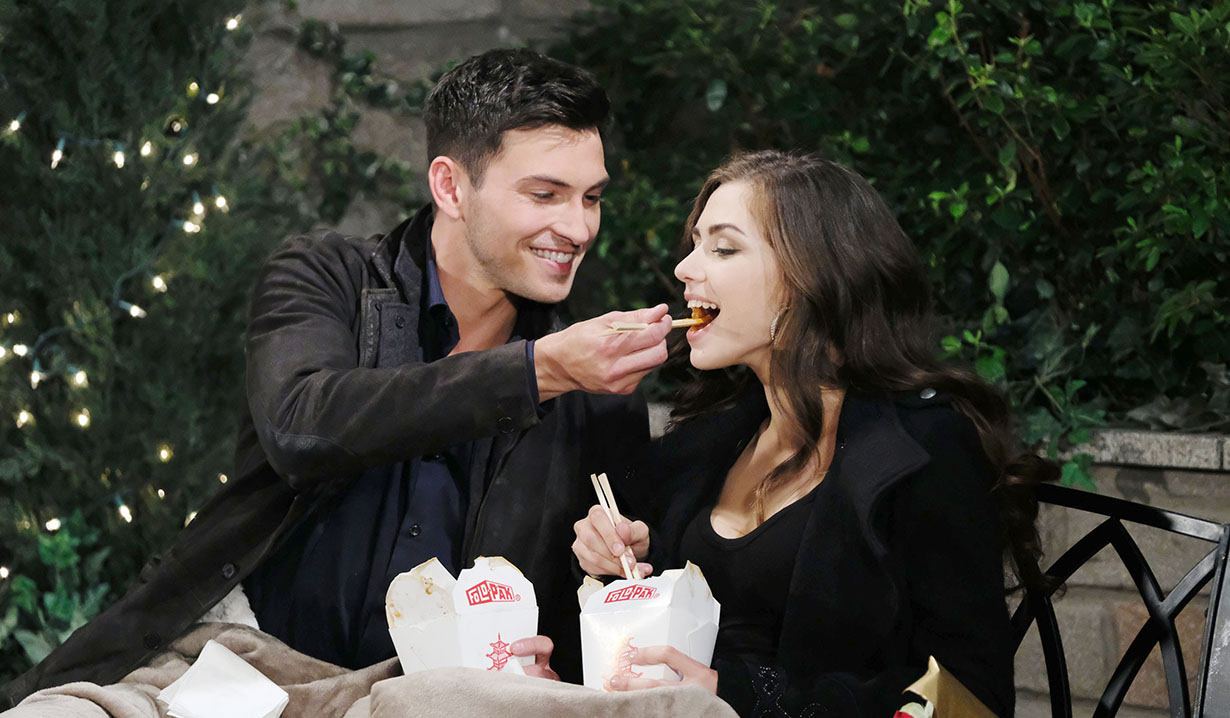 Ciara puts on perfume at the loft. 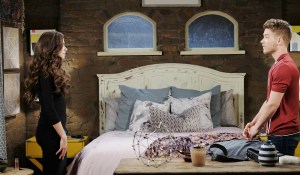 Tripp interrupts to tell her Claire talked him out of moving out. Ciara’s not happy about that and Tripp assumes it’s because she’s dating Ben now. She doesn’t want to discuss it. He snaps to have fun and not let him strangle her with a necktie. She ignores him on her way out.

At the pub, Brady and Claire are happy that Sami found the love of her life again. John thinks it’s a shame Nicole perished. Brady is upset that Eric still can’t be in the same room as him. Marlena says he’s been busy with Holly. They’re going to break the news of her mother’s death together. Marlena hopes it’s the first step to healing and to their family being together again.

At the Horton cabin on Smith Island, Rafe worries Hope’s having an affair. He heads back to the mainland.

At the hotel, Ted tells Hope that Ben has agreed to meet after his big date with Ciara. Ted’s nervous that Stefan will harm him. Hope calls Rafe and leaves a message, lying that she may spend the night with Jennifer. She’ll call in the morning. She professes her love and disconnects. Being that he’s a self-professed liar, Ted tells her that was a good lie. Hope says she lost a son once. She can’t lose another child. Ted didn’t know and is sorry. She talks about Zack a little and Ted confesses he lost a kid 5 years ago. He tears up. They bond. Ted assures she won’t lose her daughter.

From outside Doug’s Place, Ben makes a call to tell Stefan what time he’s meeting Ted. 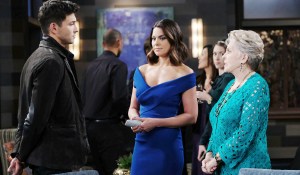 He promises his boss he’ll have the man by tonight. He goes in and asks Julie for a table for two. Julie snaps that they’re booked or reserved for anyone but him. He accuses her of discrimination and tells her he wanted to take Ciara somewhere nice. Julie’s aghast that he’s taking out her granddaughter. Chloe appears to check on the situation. Ben tries to reassure Julie and they argue about who set the fire. Chloe asks Ben to go so he leaves quietly. Brady arrives with a book for Parker. Chloe’s touched. They chat and Brady worries Eric hates him. He comes up with an idea of how to get his brother back. Rafe arrives for tequila and asks Julie if she’s seen Hope. She hasn’t and asks what’s up. Rafe confides that his wife’s lying to him and Julie prods for more information so Rafe tells her the whole story about the lipstick on the wine glass at the cabin, the boxers he saw on the floor, and how Jennifer hasn’t seen Hope all day, when Hope told him they were together. Julie’s concerned. Could Hope be cheating out of revenge? Rafe plans to find out.

Ben finds Ciara outside the pub and hands her flowers. Claire approaches and tells them to get a room. 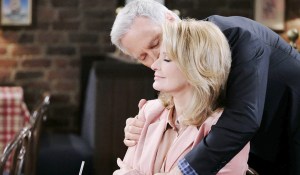 They tell her they’re busy and she takes off. Ciara snipes that she lives to annoy her. They decide not to let her ruin their evening and kiss. Inside, Marlena and John laugh about how they have closed the place. She thinks he planned it so they could be alone. John is glad it worked. He puts the sign on the door and the newlyweds snuggle, and John puts on the song they were supposed to dance to at their reception. They hug, dance and make out. They cut a cake up and serve it to each other, then head home to make love.

At the park, Ciara and Ben have ordered take-out and Ben tells her about his job working as head of security for Stefan and living in his mansion. Ciara is shocked and upset because Stefan’s a monster. Ben thinks Stefan needed someone who can intimidate people and that’s Ben’s skillset. Ciara isn’t sure how to feel but it’s not a deal breaker. Ben will quit before Stefan asks him to do something that crosses a line. He gets a text that the food is ready so Ciara goes to get it while he calls Ted to reschedule. Later, they’ve eaten take-out and snuggle under a blanket. 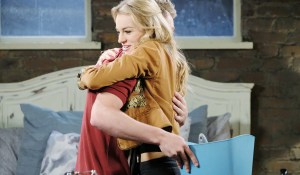 He tells her about Ben and Ciara’s date and that he “accidentally” broke her perfume bottle. Claire doubts it was accidental and taunts that Ciara and Ben were all over each other at the pub. Tripp isn’t sure he should have stayed at the loft. Claire convinces him to stay and then hugs him.

Back at the hotel, Hope’s exasperated that Ben rescheduled and because he’s dating Ciara.

Rafe returns to the island, figuring Hope will return. He’ll be waiting.

Sarah wants Maggie to do her a favor.

Lucas is back in town.

Leo Produces Shocking Proof Will and...

Eric Snaps During an Argument With...